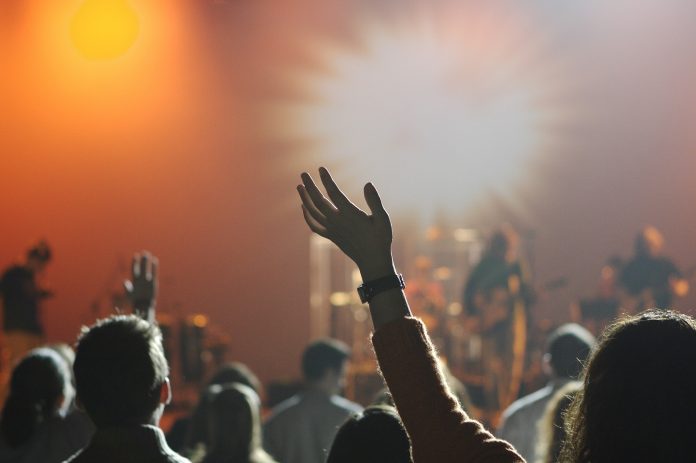 I have been doing a great deal of investigating – amongst and from my constituents, and one of my most recent discoveries is that Dionne Warwick has a brand-new album out. She is looking for a Las Vegas residency! By the way, SO AM I!! When you think of how many stars, how many “used-to-bes,” it is all about mathematics and science. Putting people in the seats. It can be a group, a disco star (MOI!), or a Broadway road show! Case in point, Christie Brinkley (ex of Billy Joel – BIG DEAL). I caught her in Chicago at the great Bob Fosse musical, but she is not a great Broadway style performer. Her persona, however, her beauty and personality overwhelms you. This is a show that should be seen by all. I caught the original many years ago. Now, the revival on Broadway and adored the fi lm version. It is just a damn great show with the beautiful Christie at its helm.

Many of you would not know, but Howard Stern was a great pal of mine back in NYC! I was the subject of a two-hour intensive interview that was hilariously funny. It was on the “E Network.” Now Howard Stern, the prolifi c writer, has penned another book (actually, it was done with editorial help), but it’s still pure Howard! The title is “Howard Stern Comes Again.” His other books, written totally solo, were outrageous and great best sellers. “Private Parts” and “Miss America,” were all stupendous and forthright, no holds barred and extremely fun and informative summer reading. Get yours, lay out on a towel or a beach chair, and have a terrifi c summer read.

Donny and Marie, the 11-year dynamic duo at the Flamingo, with the Flamingo wrapped with their images, have held court and sold out the Flamingo Showroom consecutively. Donny has always been the total gentleman to yours truly. I think he will come back as a solo. The great Peacock (his mystery costume) was also on a show called The Mask, and he won! I think Donny has seasoned over the years into a fabulous performer and celebrity. Did you know that he and his wife even designed a line of furniture that is totally cool!

I have become a big fan of Katy Perry! Recently, she became engaged to the actor, Orlando Bloom. Besides being a well-known singer, performer, make-up entrepreneur, she is top judge on “American Idol.” For some odd reason, perhaps, it’s Katy, I have become a die-hard junkie of this show. Personally, I am searching for the greatest star (besides, Yours Truly, of course), and who knows? That person might just be on the show!

One of the extremely great legends of the Hollywood fi lms of the 50’s and 60’s, was in the G-rated romantic comedies of that era! Her best co-star was the late Rock Hudson, one of the most h a n d s o m e , g l a m o u r boys of the time. Pillow Talk, the way Hollywood got around the strict Puritanical rules for what could be acceptable to all audiences (G pictures today), was magical chemistry. At the peak of her career, she decided instead of remaining in Hollywood, to live the life of caring for animals at her Carmel, CA. She was always associated with the love of critters. May you rest in peace, Doris Day!

Your Monti went to the Lambda Business luncheon, which happened to be emceed by the publisher of this very magazine, Spectrum! It was a wonderful, relaxing, and enjoyable bonding among the group and guests at The Center on S. Maryland Parkway. Guess what? Yours Truly, who also contributed $200 worth of fl oral arrangements, won the raffl e. I ended up with a tiny webcam and video player all-in-one! It’s small but works fabulously. (Thanks to Gary Vrooman of Palm, for donating it.) I was totally blown away when my ticket was called. I bought the tickets as a contribution for the group and then fate turned around and thanked me. Thank you to all who were there. I met some swell people, including Jay Garcia, a charming queen and retired hairdresser from WEHO. I enjoyed myself immensely. Rob Schlegel, as emcee did
a fabulous job. Thanks for making this a success!

Monti Rock III, is a regular, once-aweek diner at a fabulous, local secret, known as EATT. It’s a bistro on W. Sahara, just before Buff alo. The food is gourmet, small plate style. Everything on its menu is incredible! The menu changes with the seasons. It has a unique ambiance, which is very subtle and elegant, but oh, so, perfect! The ladies, with whom I do lunch, were all in a dither as to how they could help to rebuild Notre Dame. When I lived in Paris many years ago, my education was hands on. I visited The Louvre and Notre Dame. I experienced a cultural history that could never be duplicated in book or on fi lm. I was immersed in the entire Parisian attitude. Oh, how they embraced me because I was Monsieur Monti, hair dresser to the stars! I became the friend of major French idols, Brigitte Bardot, Alain Delon, Charles Aznavour, and with the encouragement and support of my French amiss, I became the singing hairdresser. Folks, the rest is history!!!

Gossip Central: We are still awaiting Frank Marino’s new project. He’s holding back on the venue announcement. Too many options! Let’s start a rumor that Caesar himself is going to apologize and offer him the Colosseum. Frank can dress his dancers in togas! Maybe he’ll bring in Scott Roeben and throw him to the lions! They can broadcast it live on the Fremont Street canopy.

On the subject of volunteer lion-fodder, let me assure any of you who are also as ill-informed, Frank Marino has absolutely no trouble with nonprofi ts. That was put to rest two days after the whole fiasco came out. One charity apologized. One had some funds “yanked.” The Gaming and Taxation authorities have all issued written statements that Frank is totally in the clear. Now, if you want to perpetuate falsehoods, which could affect a person’s earning ability, get ready for the lions, ‘cause they’re hungry.

One of my good Vegas friends, Murray Sawchuck, the celebrity magician, meets me for coff ee, every few weeks. He’s a great source for “inside skinny.” Do yourself a favor and catch his show at The Tropicana. It’s good and always fun!

TA-DA! May 29 is Yours Truly’s 80th birthday! From where my life’s journeys have taken me, it’s been like an education in the evolution of life for 800 years. I never realized how much I packed into those 80 years! I am not stopping yet. Currently, I am recording a new single, a docudrama, which is in its final stages. I’m create an evening show with the iconic, unpredictable, “legend in his own mind,” Monti Rock III. I know and am confi dent, I will see many of my readers when it hits the boards. I look forward to meeting you!

Here’s wishing you a very Happy Memorial Day. Bless all the Veterans, living or living in memories. Thanks to all who served our country, helping keep it free. Special recognition to our LGBTQ Veterans! For all, I give you my most sincere thanks.

From the Merry Prankster himself, Monti Rock III and ZoZo, the Wonder