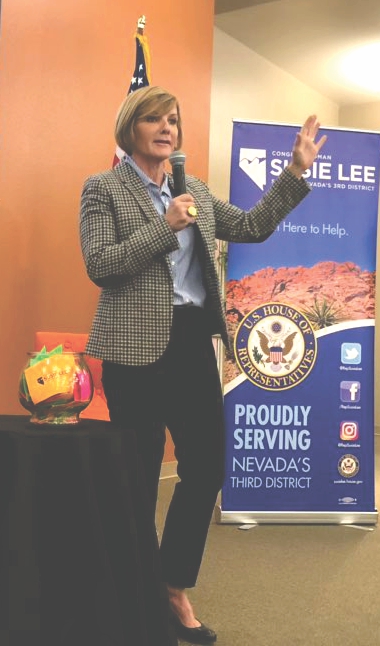 This is the most important election of our lifetime. I bet you’ve heard that this year, right? I know I have; my auto fill almost finished the sentence for me as I typed. But I’m writing it again here now because it’s true.

There have been so many things to be afraid of this year. There have been moments of despair, but one of the most hopeful days this year was the day the Supreme Court ruled to protect LGBTQ workers from discrimination. It was a long overdue ruling that meant so much to so many people.

But there’s still more left to do.

In Congress, I was so proud to cast my vote for the Equality Act, which would prohibit the discrimination of LGBTQ workers on a federal level.

While the House passed the Equality Act, it’s critical that the Senate and Mitch McConnell also take it up and pass it. We cannot only rely on the court to undo the injustices that our most marginalized groups face. Congress must pass this law that protects those who need it most, including the LGBTQ+ community.

That is why it is so critical that we all go out and vote this year. We need to send Joe Biden and Kamala Harris to the White House, but we have to send them there with a Democratic majority in the House and Senate. Jacky Rosen and Catherine Cortez Masto, who have both cosponsored the Equality Act, need more Democratic colleagues in the Senate so that we can continue to get to work helping real people.

And we need to elect good strong leaders right here in Nevada. We need State Assembly Members who know the dignity and worth of every single member of our community and who will work to uphold the values that we Nevadans hold dearly.

But we can’t do it unless we all get out and vote. Too much is at stake to sit on the sidelines and be apathetic. Too much has happened this year alone to not get engaged. As Joe Biden often says, “We’re in the battle for the soul of this nation.” We’ve got to act like it.”

Please, over these days of the election, put in the work. I know that if we do, we’ll look back on this election as a turning point for our country. We’ll know that this is the moment we rejected the politics of cynicism and fear, and made this election about who we are as a country and what we value.

So yes, I’m going to say it again: This is the most important election of our lifetime. I can’t win this without you. Vote like our lives depend on it, because in many cases, they do.

Right to cast Nevada ballots in-person must be protected