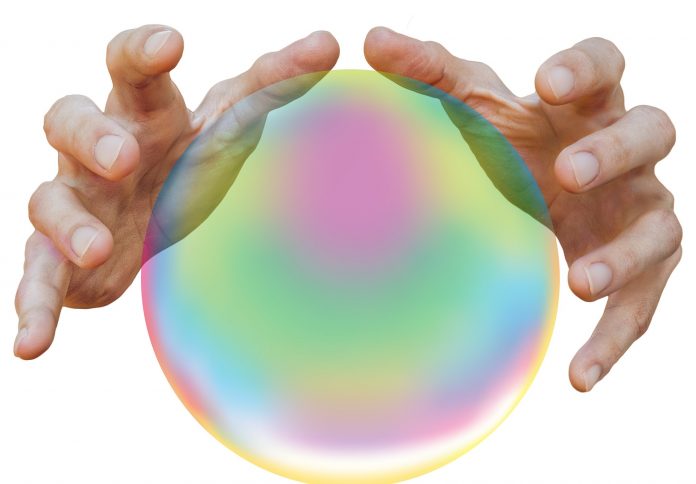 The CALL came in on March 4. Because I did not recognize the number, I let it go to voicemail. I listened to the message when I wasn’t driving and, OMG, it was the frickken executive producer for “Jimmy Kimmel!”

“Hi, Mona, we’re calling from ‘Jimmy Kimmel Live,’ and we would like to do a comedy segment with a psychic next week in Vegas. Please give me a call.” I listened to the message three times, and not only did they want a psychic, the producer gave me his cell number to call back!

We played a little phone tag and when we finally spoke, he said he was talking to several readers. Could I provide video of me in action? Luckily, (divine timing), I had the comedy parody I did with John Di Domenico (Google “Mona reads Trump”) AND, my appearance on the reality program, “Sister Wives” (Google Mystic Mona on Sister Wives). The team watched those videos and the producer called me shortly thereafter to say that they chose me to do the segment.

They came to Las Vegas two weeks later to film the bit, Jimmy Kimmel hijacks Bachelorette Party. With big hair and eyelashes, I met them at Planet Hollywood at the party bus while the bride and her entourage had their pole dancing lesson. When they came out of the lesson, I was on the party bus, with my cards laid out. I did the bride’s reading, Guillermo’s reading, AND read for the man himself, Jimmy Kimmel.

I was sworn to secrecy. Do not share any pictures or notify the media that this was going to be on “Jimmy Kimmel LIVE” in Las Vegas. The segment that aired on the April 2 broadcast showed the bride’s reading, and a little of Guillermo’s reading, so I’ll have to maintain my psychic/client privilege for what I said to Jimmy. At the end of my segment, Jimmy honored me with a toast, “To Mystic Mona!” WOW!

In the top five, for sure, of lifetime experiences — a dream/goal of mine to be on a popular nationwide talk show and here is was! Awesome, wonderful, and a boatload of fun! My husband and I got to sit in the Golden Circle for the taping of the show (that my segment was on) and we were three rows from the stage. We were treated like total VIPs!

MY spiritual lesson was threefold:

So, I thought/expected that my phone would literally blow up after the appearance. I got a whole bunch of calls from clients and friends (and, YAY! interviewed on a local radio talk show and mention in a local entertainment column) but when the sun came up the next day, it was business as usual.

The fantasy that one thing changes everything is a falsehood. Unless you’re watching the movie, “City Slickers,” keep reminding yourself that the “one thing” is simply a commitment to Be-ing yourself. Up until now, I thought that once I had that kind of nationwide exposure, I would be super busy with new clients. Maybe Jimmy Kimmel would feature me as one of his on-going characters. Maybe I would be the psychic who surprises his celebrity guests. Maybe I would be entertainment warming up the audience at his new comedy club at Harrah’s. These were the hopes/fantasies I had once the episode aired. That was in MY head, LOL!

I am SO grateful to the team at “Jimmy Kimmel” on so many levels. It was an awesome, remarkable and fabulous adventure and I would drop everything to work with them again. I was/am reminded of this personal truth: When I relax into the energy of “people who are meant to find me, will find me,” THAT’S when my phone rings.

Focus. Allow. Respond. That’s the secret to everything. Proof to my point, the team at “Jimmy Kimmel” FOUND me and it was AWESOME!

As We See It: Legislators let us down; Counties, cities must...