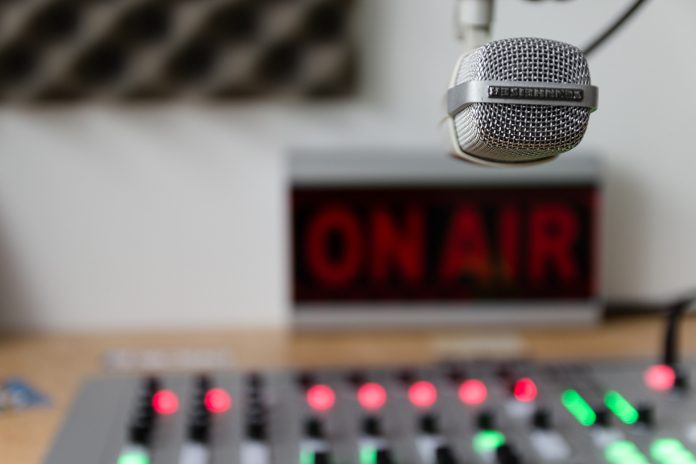 It was a dark month throughout the Kingdom of Vegas and all the dragons were in the sky. I sure do need one of Sheldon’s Big Bang concoctions.

TV shows come and go, My favorite is still M.A.S.H. and I watch all the reruns. When I was kid, I wanted to be like Hawkeye. Being a doctor and drinking all the time and chasing the boys. Well I guess my dreams came true. Been in the healthcare field for over 33 years and drink enough for a small village, with a catch and release program for the boys. Guess that’s why I’m single!

It has been a year since FeFe (my brother Micheal Tomlin) has passed and I sure do miss him and all the trouble we use to get into. I could tell you some stories, but my mother reads this column…

Speaking of mothers, did you see the hottie in the Symmetry Med Spa ad? His mother, Debbie runs the spa and they had their grand opening on May 24. I popped in, hoping to see Collin in the flesh. No such luck! I hear he’s a bartender at Remedys, a tavern near Seven Hills and St. Rose Parkway. I asked Debbie and the good doctor if their med spa could make me look like Collin. Their response was a little dubious. Maybe I’ll settle for some skin tightening and their “sculpture for larger areas.”

Did you know we have an LGBTQ radio station in town? I tuned in just in time to hear Piranha Night Club being “trashed” on air for not having purse tables. I think they meant “purse hooks” under the table or under the bar, but I’m too polite to correct them. Turns out it’s bad luck to set your purse on the fl oor.

Let that be a warning to you guys at Flex, Badlands, QuadZ and the rest of you. Let me get techy for you old queens who know little about modern technology. Q Radio is at 94.1 FM, HD, Channel 2. If you don’t know, HD radio is Hybrid Digital and has higher quality sound. This enables stations to carry multiple programs on the same bandwidth (more accurately described as multiplexing). See, this queen knows her stuff !

I was including a photo of the two boys, ‘cause HD or not, I think Stephan is hot. Trouble is, Q headquarters wanted me to request permission, probably typed in Helvetica with five carbon copies. I was one carbon paper short – so no photo. Worse than the Army red tape, ask any Army Vietnam Vet.

May was a month! We lost one of the great actresses of all time. Doris Day, also a singer and animal welfare activist was a leader in the fight against AIDS. Who can forget how, when Rock Hudson was sick, she stood by his side, even when others reacted with fear. In an interview in the early 80’s she stated, “he is my friend and I am not going to get AIDS.” She held his hand and kissed him. That encouraged many Hollywood stars out of their so-called closets. With Doris Day’s help, they raised millions of dollars.

Thanks to Doris Day, Debbie Reynolds and Liz Taylor, many of today’s LGBTQ folks will never know the hardships we old queens faced. That said, it’s still sad that some folks are using religion, ignorance and just pure hate against the LGBTQ community.

Tim Conroy was a genius in the comic world. I still watch the Carol Burnett Show and laugh my ass off . I’ve got all the DVD’s of Georgia Engel (of Mary Tylor Moore Show fame), Peggy Lipton, and my favorite Wookie Chewbacca, played by Peter Mayhew. I was a young queer when Star Wars was released on May 25, 1977. Wow! 42 years ago. I’ll never forget Harrison Ford, whom I must have fallen in love with over a dozen times.

This is the Spectrum’s history issue. Stonewall was only 50 years ago, but enough reminiscing from me. Let’s fi nd a bit more gossip.

If you want some bad advice, just follow a few of our local queens on Facebook. Some of them need to grow up. Jimmy V. keeps posting the weather for Vegas, which I actually fi nd helpful, since my phone only gives me weather for Bora Bora. Go fi gure.

Looks like Jimmy Emerson has a new gig downtown on Fremont Street, in what used to be the old Drink and Drag, now known as The Nerd. Jimmy’s show, Comedy and Dolls, runs Thursday, Friday and Saturday, doors opening at 7:30 p.m.

Oh lawd! John Eisele is doing Hump Day Karaoke at Badlands. Fun starts at 9 p.m. He’s hosting, being the diva he is, while his partner Michael does all the work, doing the sound and trying to read those scraps of paper where the singers’ writing is a bitch.

Do you realize traffic tickets in Nevada are criminal? Let a broken taillight go to warrant and you could end up in the slammer. John, whose picture graces the back cover of this magazine, works in client services for the 702Defense Law Firm, when he’s not doing karaoke, of course. He says bring in a copy of his Spectrum ad to the law office, and they’ll go to court for you, for free!

It’s June and pride month around most of the world. Here in Vegas, we do pride in September or October, just because of the heat. If you want to really have the heat turned up, try showing up at pride wearing a tRrump pride t-shirt. You heard that right, ole orange-face himself, has the nerve to sell “LGBTQ for Trump” t-shirts on his website, right under his MAGA hats. Talk about a two-faced, money grubbing hypocrite.

As I write this colum it’s only 60 degrees, but don’t fuss. By July it will be hotter than a Trump audit. Am I the only queen who hates the heat? I might do well in Alaska and some haters have suggested that.

While I’m on the topic of money, the publisher ran his editorial passed me, prior to publication. I happen to know his grandma sent him $5 for birthdays. Editorial license, I suppose. He claims $1.

Have you noticed that Las Vegas gay bars have some of the best DJ’s in the world? If you haven’t been to QuadZ recently, you should listen to Daniel Greer. He’s the house DJ and plays the most fabulous music, paired with awesome videos. He also gets kudos for having the cleanest DJ booth in town but will be the first to knock that cell phone out of your hand, if you want him to play your favorite song from your phone. Not!

Over at Badlands on many nights, you’ll find DJ Amnesia rocking the house with hot remixes of all types of music. Did you know DJ Amnesia is fighting cancer? He’ll still get in a booth, right after treatment, and does what he loves to do best, and that’s make music. I was hanging with him during gay pride and he says when he plays music, he can forget about the cancer for a minute.

My buddy DJ TJ over at the Eagle, keeps the place alive and everyone dancing in their underwear. Four hours, he gets to look at all the underwear. Some days, I don’t know if that’s good or bad. Maybe a few of you hotties, should show up and make him smile.

My good friend Milkkrate (David), plays all over town. When he was DJ at Flex years ago, he had to stand on milk crates, just to reach the turntable, thus the name. He off ers remixes and music from all over Europe.

All these DJs are for hire and will work most any type of party or wedding. Remember, just like your bartenders, when you request a song, or just enjoy what they’re doing, don’t forget to tip. That, and being nice, might help get your song played.

In closing, remember a great place to eat in the SE is Ichabod’s Lounge on the NW corner of Pecos and Flamingo. There is usualy a great discount coupon on gaming and dining, in this magazine.

Love Ya, your Head Hooker, Kitty