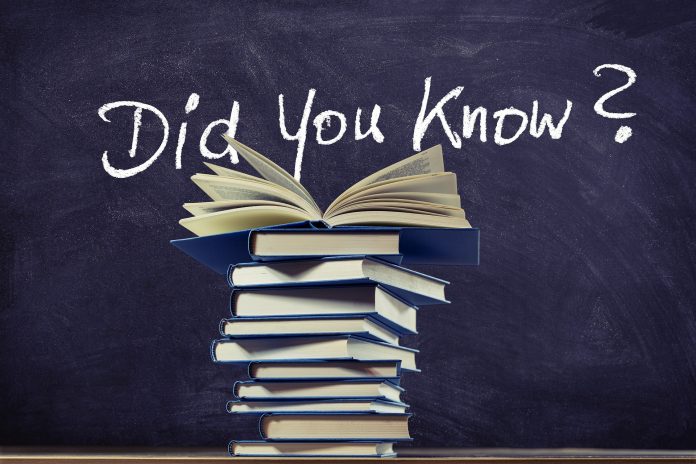 Worldwide, every day, there are over one million new sexually transmitted infections (STI). With this extremely high rate of new infections and the link between prior STI and HIV infection, more work needs to be done in expanding access to HIV prevention strategies such as Truvada® for Pre-Exposure Prophylaxis (PrEP). Currently in the US, Truvada® for PrEP is only approved for daily use, while the consumers has a risk for HIV infection.

Consumers often struggle with daily adherence from a, “Why do I need to take a pill every day when I’m not that sexually active?” Others just don’t like the concept of swallowing a pill every day. Alternate strategies such as on demand PrEP or 2-1-1, are strategies that might be eff ective for risk reduction of HIV infection in some consumers. 2-1-1 is a prescribed schedule, also known as event-driven PrEP, or PrEP 2-1-1. Essentially, when someone knows they are going to have condom-less anal sex, they take a double dosage of PrEP between 2 to 24 hours before the encounter, and then a single pill each over the following two days.

2-1-1 is not how the drug is approved for use in the US. In the US, the approved dosing of Truvada® for PrEP is daily dosing.

Nevada had the highest rate of new primary syphilis cases and congenital syphilis in the United States in 2017, with a 125% increase since 2013. Rates of gonorrhea and chlamydia are also on the rise with rates of gonorrhea increasing by 131% from 2013 to 2017.

There is a direct link between bacterial infection such as syphilis, gonorrhea and chlamydia and HIV infection. In fact, for Men who have sex with Men (MSM), 1 in 15 MSM diagnosed with syphilis will become HIV infected in the year following their syphilis diagnosis.

We also know that there are many in our communities that have higher rates of infections than others. When it comes to the communities of color, Black men have a 1 in 20 chance of HIV infection, whereas the overall lifetime risk of HIV infection is 1 in 99. Latino and African American men have the highest rates of HIV infection with a 1 in 4 and 1 in 2 risk respectively, states the Centers for Disease Control, 2019. With our transgender community it is estimated that 22% of transgender women in the US are HIV positive.

HIV infection, although declining, remains an issue in the United States with approximately 1.1 million persons currently living with HIV/AIDS. In 2017, 38,739 new cased of HIV infection were reported.

In some populations and communities, the rate of HIV cases is actually increasing. A majority of those cases are in males, aged between 25-45 years, men who have sex with men (MSM), and disproportionately aff ecting communities of color, specifi cally black and African American. Sexuality, race, ethnicity, age, sex/gender identity, and geographic location have a direct impact on the risk of HIV acquisition, according to the CDC Surveillance Report, 2017.

Understanding an individual’s risk helps to make the right decision regarding HIV prevention strategies. Pre-Exposure Prophylaxis (PrEP) care is a vital component of the HIV care continuum that can help drastically reduce the number of new HIV infections.

TDF/FTC (Truvada®) is an FDA approved medication that is taken on a daily basis to prevent HIV transmission. TDF/FTC is currently FDA approved for use in adults in 2012 and recently updated to include adolescents who weigh at least 78 lbs. The FDA and Centers for Disease Control and Prevention (CDC) currently only recommends daily PrEP therapy. Recommendations on the use of TDF/ FTC for PrEP care was initially published by the CDC in 2014. Despite these recommendations and the proven benefits, a majority of those who would be eligible based on risk are not accessing this HIV prevention tool.

The concept of “On-Demand” PrEP or sexual activity-based PrEP means that someone can take TDF/FTC (Truvada®) only when needed at the time of the sexual encounter with a person of unknown HIV status in order to prevent HIV acquisition in MSM or transgender women. ANRS IPERGAY trial conducted in France and Canada, randomized double blind phase trial evaluating sexual activity based oral HIV PrEP care in high risk MSM.

PrEP care was prescribed as 2 pills (2-24 hours) before sex followed by 1 pill 24 hours after sex and another pill 48 hours after the fi rst intake. Participants were offered risk-reduction counseling,
condoms, lubricants, and regular HIV and STI testing. Results showed high protection in high risk seronegative MSM against HIV infection when “On-Demand” PrEP was taken as prescribed (2-1-1).

Data supporting the use of “On-Demand” PrEP from the ANRS IPERGAY trial was added to the IAS-USA Guidelines 2018 recommendations as an alternative to daily therapy specifically in MSM. IPERGAY (Molina) explains that in countries such as France where both daily and “On-Demand” PrEP are approved for MSM and the European AIDS Clinical Society guidelines for PREP include both of these options.

“On-Demand” PrEP should not be used in transgender women that are currently receiving gender affirming care with feminizing hormones such as estrogen due to decreased concentrations of TDF/FTC. The reduction in therapeutic concentrations means that only daily PrEP therapy should be recommended in this special situation in order to get the most protection from HIV acquisition.

There are advantages and disadvantages to “On-Demand” PrEP vs. Daily PrEP therapy. One of the most measurable advantages is the potential cost savings specifically in MSM. We already know that a new HIV infection can be a significant financial burden and preventing this infection is cost savings by using daily PrEP but TDF/FTC 30 days a month 12 months a year can still be expensive and is often a barrier to its use. With “On-Demand” PrEP this financial burden can be lessened based on the patient’s behavior and number of encounters, and can change at any point throughout the year as well as if the person is a relationship. “On-Demand” PrEP has been quite popular in places where both options are available for MSM. In Montreal, 20%-30% of patients on PrEP now take it on-demand (AIDS 2016, Vol 30 No 12). Robert Grant of University of California, San Francisco has observed that on-demand dosing is best suited for persons who plan and schedule sexual activity, however this dosing strategy has not been proven in women and trans men who have exposure during vaginal intercourse. “On-Demand” PrEP is one of many options that we currently have for HIV prevention. PrEP use with TDF/FTC is only the beginning when it comes to using chemoprophylaxis for HIV prevention. There are multiple agents in the pipeline that are being investigated as prevention options in a variety of dosage forms and alternatives to daily oral therapy.

More data is needed before the full endorsement of “On-Demand” PrEP by the CDC adds this option to the current PrEP recommendations. If and when this option becomes the standard of care it will most likely be limited to MSM only, as there is currently no data to support its use in transgender men and cisgender women who engage in vaginal penile intercourse due to concentrations of TDF/FTC not reaching optimal levels in vaginal tissue within the “ On-demand d ” PrEP timeline. PrEP therapy reaches maximum protection from HIV through receptive anal intercourse in approximately 7 days of daily use as compared to up to 20 days for receptive vaginal intercourse or injection drug use.

Based on some new research in TGW on estrogen, PrEP on Demand (2-1-1) is not recommended for TGW, as they may not be adequately protected from HIV infection, and they need to take PrEP daily to reach protective levels. At this time, there is no indication that any of the HIV Prevention or Treatment meds are negatively impacted by the hormones we use for transgender health, and both patients living with HIV and at risk for HIV should take there medications daily for the greatest benefit. Individuals who are interested in starting PrEP can locate PrEP providers in their neighborhood by visiting www.preplocator.org. Patients accessing prep should discuss their sexual health to develop a personalized risk reduction plan to help protect them from all STI’s, this should include the necessity of 3 site testing (oral and rectal swabs as well as urine samples) for gonorrhea/chlamydia.

Editor’s note: All statements made in this article were originally noted with their source and links. We have eliminated the sources and most links, due to space.

As We See It: Legislators let us down; Counties, cities must act