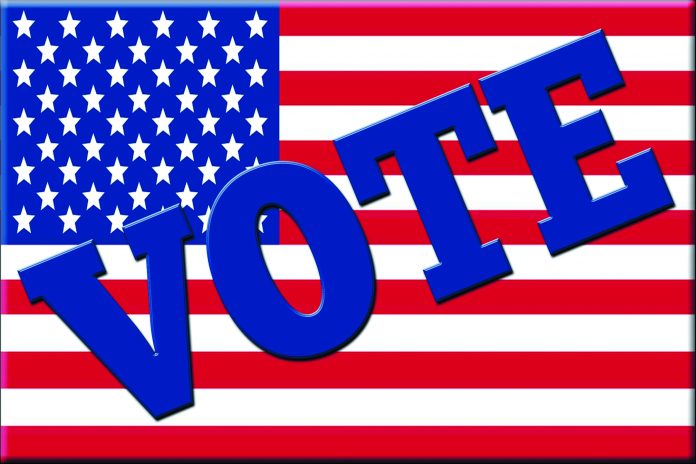 Since the mid-1990’s, a group of progressive and civic-minded individuals, has gathered to endorse candidates for various offices up for election. This endeavor started at the Las Vegas Bugle, followed by the Las Vegas Night Beat and now continues with this publication, the Las Vegas Spectrum.

These endorsements will be available online at http://LasVegasSpectrum.com and as in the past, at https://NevadaImpact.com

Elsewhere in the Spectrum, you’ll find information about voting during our current COVID-19 pandemic. Each registered voter should receive a ballot in the mail. Ballots will be mailed out to actively registered voters. If in doubt, if not registered or if you have changed your address since you last voted or just want to verify that you’re registered, the easiest way is to follow the instructions at http://vote.org

Why we do this:

This list of endorsements is published to help the LGBTQIA+ and Progressive community be better informed about candidates. Our panel considers not only the best interest of the LGBTQIA+ community but also the world in which we live. We believe in LGBTQIA+ equality, women’s rights, a living wage and affordable education and healthcare. In a word, we are progressive.

We have considered and made recom-
mendations for nearly every race in Southern Nevada, with the exception of a few rural areas.

While we hope you will do your own research, we also understand elections are complex and confusing at times. There are nearly 60 judicial races alone. We hope our suggestions are helpful.

We urge you to vote in every race and remind you that legislators (Assembly and Senate) will affect all elections at every level. The Nevada Legislature makes statewide decisions, including redistricting. If we elect the wrong legislators, we end up with gerrymandering which unfairly allows a minority to make decisions for the majority.

A personal note from Rob Schlegel: I edit this list. The decisions and most of the comments are made by our committee. While I stand by the committee’s decisions, these endorsements are made by people I trust but individuals who are  far more knowledgeable that I’ll ever be. I thank them for their tireless work.

We love her. She’s got a safe seat, but in silly season, who knows what to expect?

Very fashionable — we’re not being sexist, just campy. As a Member of Congress, she’s on top of her game, looking out for us.

He’s done a great job. He does have a primary. Let’s keep him representing this district, although the GOP will put up a tough battle.

She’s so well-liked, no one ran against her. It takes just one vote to elect her in the Nov. general. Make it your vote!

One vote will elect him in the Nov. general. No one ran against him! You can be the vote that elects him.

All 3 candidates are perfect on LGBTQ issues. Lange has served as both county and state Democratic chair, a thankless job. Let’s reward her.

This race will be an uphill battle against the GOP.  Liz led the “Moms for Background Checks,” and let’s help her become a leader in Carson City.

Finally, some medical smarts in Carson City, plus it’s time for a little diversity.

Both are good candidates but Miller will be stronger in Nov. general.

If you’re happy with the minimum wage only going to $12 (instead of $15) by 2024, this is your guy. He also blocked the legislature from voting to end the unfair and cost-prohibitive death penalty. We suppose if we had had a GOP governor and a GOP assemblyman, we would be at $8.75 per hour.  No primary. He goes straight to the Nov. general, and yes, he’s better than the Republican opponent.

No primary but he needs to step up on social justice issues. His importance is in keeping a D majority in the Assembly.

He’s a good guy. Has crossed party lines on occasion to do what is right. Has no opponent from either party.

Great on our issues! Was formerly a State Senator, now serving in the Assembly.

She’s “one of us.” Endorsed by the Assembly Dem. Caucus. Active with Progressive Leadership Alliance of Nevada (PLAN), which gives her credentials.

Openly gay man. Long-time activist who cares about the disenfranchised. Has matured greatly over the past few years.

No Dem candidate running here. We’re not comfortable endorsing the R, who is a blithering idiot, homophobic and a disaster. If you live in this area, consider running.

Endorsed by the Democratic Assembly Caucus, served two terms in the Indiana legislature and would do a fine job. UNLV professor who is an attorney and physician. Former board member of the ACLU.

No primary. A real standup legislator, great on our issues.

No primary. A great legislator.

A real ally on the Commission. Super sharp, knows her stuff.

He’s one of us, very active in community issues and causes. Is a foster parent to several kids, worked for Congresswoman Dina Titus and was her veteran services liaison.

We think Miller will win, but want to note that Raja is a kind, smart man.

Chair of Susan B. Komen and is a cancer survivor. Knows the inner workings of county government and would add another woman to the commission.

Former public defender and would be good as judge. The incumbent, Richard Scotti is a “train wreck” and shouldn’t be retained.

Has no opponent, so no race but she’s the current chief judge and a great one at that.

Has no opponent, so no race

Has practiced both criminal and civil law. Served nine years as a public defender.

We’re okay with either Eller or Miller, but the incumbent, Kephart is a homophobe.

She’s “one of us,” she’s smart and did a ton of work helping homeowners with foreclosures.

Caesar Almase is good, Bruce Gale is a perennial candidate and leaves much to be desired.

Great public defender and does lots of volunteer work.

“One of us,” and we believe he would do a great job as judge. Former US Peace Corp volunteer.

No primary, straight to the Nov. general. She’s progressive, great on our issues and her opponent is not. She also has two moms.

Worked as a public defender. Currently a hearing master.

Will make a great judge. The incumbent, Rena Hughes, has been reprimanded by the Judicial Discipline Commission over handling of a child custody case.

Veteran and former member of the Lambda Business Chamber.

An excellent attorney and involved in our community. No primary, straight to the Nov. general.

No primary but he’s “one of us,” and a great guy.. Watch for him in the Nov. general.

No primary, straight to the Nov. general.

Boylan would do better as a board member.

State Board of Education Dist. 1

State Board of Education Dist. 3

A former teacher, worked for NSEA for several years. Would be amazing on this board.

One of the moms from #1865 No Racism in Schools program and would make an awesome pick.

Vocal supporter of LGBTQIA+ rights. Is a current CCSD teacher with child who attends CCSD. Supporter of comprehensive sex education. Incumbent, Lola Brooks refused to shut down schools during COVID-19 and waited for governor.