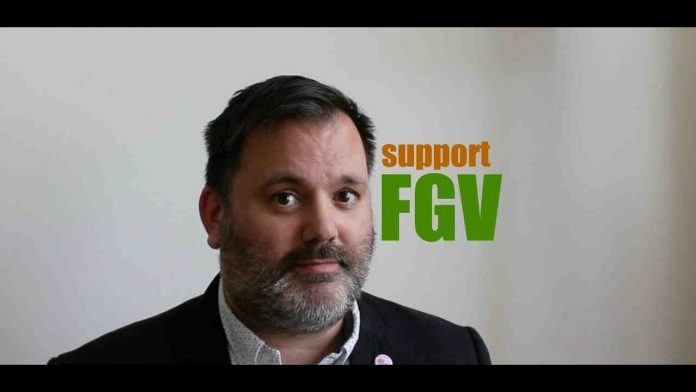 I hope everyone had a great Pride month and you were able to check out some of the events the Clark County Library District held in June. Just a heads up, the District will be hosting the second annual Family Pride Day at the Clark County Library on Sept. 28. More information will follow in the coming months. As for July, we still have an art exhibit at the Sahara West Library that focuses on human sexuality and gender identity.

“Unraveling Identity” is a socially engaged, multidisciplinary exhibition reframing the dialogue regarding human sexuality and gender identity, using the botanical world as a metaphor by the artist Denise R. Duarte. The exhibit runs through July 20

BOOK REVIEW
“Fat Gay Vegan: Eat, Drink and Live Like You Give a Shit” by Sean O’Callaghan.

Let me start by saying that I did not pick this book because I am vegan nor am I planning on becoming one. That being said, the short, well-written book gave me much food for thought (pun intended). Sean is the Fat Gay Vegan of the title. He is a well-known vegan blogger whose blog dates back to MySpace.

This means he has been vegan for quite some time and has some great thoughts on the subject. I loved his line that you do your best to live a compassionate life with the means that you have and where you are in life. He states that being vegan is the ultimate goal of a compassionate life that does no harm to non-human animals, but he realizes that not everyone can achieve that goal; we all must have our own journey.

This reminds me of the coming out journey. Coming out is the ultimate goal, but it is everyone’s right to do it in their own way and when they are ready. Sean says that veganism is not a diet; it is a compassionate way of life. When asked what he can eat, he says everything, though he chooses not to eat animals. His compassion does not stop at animals. He is concerned with global warming and the plight of farm workers, who sometimes work in deplorable conditions. Sean says that he had an epiphany and was vegan from that point on.

I have not reached that point yet, but I will now stop and think about what is on my plate.

These materials and events, and thousands more like them, can be accessed through www.lvccld.org with a valid library card and pin number. If you need a library card, simply stop by your local branch and present a valid, government-issued, picture ID or apply online. Please send your feedback and ideas for this column to ClonanS@LVCCLVD.org. 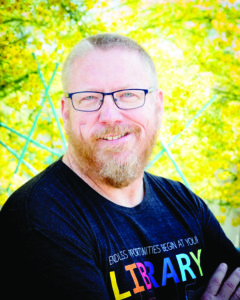 Scott Clonan is the branch manager for Sunrise Library and a regular contributor to the Las Vegas Spectrum.

Pajtim Statovci’s ‘Crossing’ deals with gender identity in the world

Summer is here; celebrate the sun at these local hotspots and...