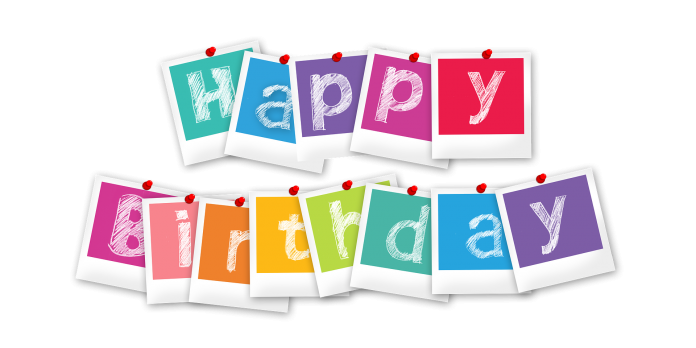 This last month has been a whirlwind of concerts, long time residencies closing, and some great surprises from the entertainment industry.

‘On my 80th Birthday (Hurrah!) I gave myself an A-List only intimate birthday party! Instead of my usual birthday ball and brouhah-ha, I decided I only wanted the people who are near and dear to yours truly to share in this landmark moment. The legend is now officially 80 years young! The event took place at the English Garden Florist’s shop – where there was created a cabaret setting and I performed a mini version of my signature act. I have become, my darlings, Noel Coward on steroids! Oh, what a wonderful time everyone had that Wednesday! Sometimes, it is better to plan your own party than to have others overindulge the occasion. This way, it was PERFECT!

Special thanks to my dearest of friends, David Pellew, owner of English Gardens Florist.com (he has a beautiful store but does so much online business, he always wants me to add the dot com – can’t say that I blame him)!

Celine, Celine, Celine! How can I say good-bye? My crew and I went to the last performance of her Colosseum show and Celine brought her wonderful children on stage. Rene Charles Angelil, who is now 18, unbelievable! Her twins, Nelson and Eddy, who are now eight years old! I recall the first time I went to a Las Vegas opening as a novice writer and most of the critics were luke warm and never predicted how long she would have in this town. I, however, saw brilliance. I saw something that the other media did not see, perhaps because I have the background as an entertainer, I saw the aura of magic that this lady gave to her audiences.

Celine proved that an international star could create a demand for her performances and fi ll every one of the 4,500 seats in that venue! Now, it is closed for renovation. It was the house that Celine built. She opened that stage and performed 1141 shows. I personally want to thank John Nelson and Melissa Adams of AEG Live! for all the extensions of graciousness to me. I personally, could not get enough of seeing this incredible star grace her stage. She has a brand-new album out and is starting a tour that will include her birthplace in the province of Quebec, Canada. Celine, I hate to say good-bye, so it’s just for the time being.

In other news JayZ, who is one of the richest men in show business, has discovered that Beyonce is a miracle artist. I know, she has won my heart over and over again! Then we have P Diddy – Puff y – Diddy – Titty – whatever-iddy, is fashion wise. I love his couture skills. He dresses like a gentleman! Kanye West – Mr. Kim Kardashian – who admitted in a recent interview that he is bipolar, is well controlled by his wife who is now studying privately with two mentors to become an attorney (remember her dad was part of the Dream Team headed by Johnny Cochran in the 1980’s trial of OJ). Kim just had her fourth baby which was conceived and carried by a surrogate. That is one happy family!

Kim has more on the ball than the public ever expected. Not just a reality star, but also a political advocate for inmates. She did get clemency for one lady who was unjustly incarcerated. What enters my mind now, is where has Caitlyn Jenner disappeared? She is laying low on social media at the moment. I did hear reports she injured her left arm.

Gossip – gossip – gossip – Adam Levine of The Voice and Maroon Five – is now producing TV shows and spreading his talented wings into other areas. He is no longer on The Voice. His schedule is too jammed for that show at this time. I have actually been begging the producers and casting director of The Voice to have me as one of the judges, after all, I’ve been there and back. Been on stage and wrote about it. Been a platinum record holder and much more, movies! movies! Movies and of course, talk shows.

Speaking of talk shows, do catch Mindy Kaling’s Late Night with Emma Thompson (great film). Regarding The Voice, Blake Shelton and Gwen Stefani (she was on that show for two years) are currently heading here. We also have a residency of Christina Aguilera who is currently wowing them at Planet Hollywood’s Zappos Theater. Great voice, great show, great special eff ects and of course, costumes!

Cher, my darling Cher, has a Broadway musical about her life. Bob Mackie won a Tony for his costumes. Mackie is now 80, (like yours truly) and going strong. He is still personal couturier for Cher. Broadway also gave the great, talented and long time writer/performer, Elaine May, her first Tony at the age of 87! She was always close with her former partner, the legendary Mike Nichols.

What I did love about the Tony’s is that it had the best opening that I have ever seen! The Academy Awards can learn something about a real award ceremony, celebrating talent instead of issues, from the Broadway greats! They have class! My heart to the greatest host, the late James Coburn, always made it a great night. Having a host is essential. Hello, are you listening, Oscars?

Billy Porter wowed them with his outrageous costume made out of curtains (Gone With The Wind) which reminded me of my mother making my costumes out of old drapes. Recycling is not a bad idea when you search for great fabric and textiles.

Billy Porter was the star of the original Kinky Boots on Broadway. This month’s Vanity Fair has a full double spread on his style and class image.

Not to be missed! Speaking of Billy Porter – have we all seen the RuPaul new talk show? Years back, I did a session with RuPaul on NYC radio. Some people should not get out of their lane. Think about it! He has done a great deal for the drag queen image.

The former Doogie Hauser and his husband, David Burke, are also doing a documentary on the world of drag queens. Speaking of documentaries, we are anxiously awaiting the one that has not screened here yet, the documentary on Halston.

Barry Manilow, extraordinaire! I attended the final performance of This Time Around tour. At 76, he is totally amazing! The highlight was the discovery that his Broadway show opens on February 10 in NYC! Barry and I have had a friendship (cool and hot) for many years. Barry you were supersonic, sensational and still have it all and more to come!

The great Steve Lawrence (who lost his wife and partner Edyie Gorme several years back) is now in our prayers as he battles a syndrome. He was always a kind and gracious man to Monti.

We do not know what is in store for the talented Frank Marino. You might know by the time you read this! The big announcement is supposed to be tweeted by Johnny Kats on Tuesday, June 25 and in his column on June 26.

I do know Frank’s contract is down to his attorneys correcting spelling errors made by the venue. Meanwhile, as they argue over typos, Frank just got an off er for an even better venue. Frank tells me, no matter what, he’s opening in August.

Yours truly is rehearsing now for my show in NYC this August – as The Grifter With A Heart. Also helping my pal, David Filter open his cabaret at the English Garden Florist. Stay tuned for the August issue as I will be opening in NYC this August!

To my all my readers, have a safe and sane Fourth of July. My hats off to, and thank yous to all of our veterans/and their families, both past and present. May God bless the USA!