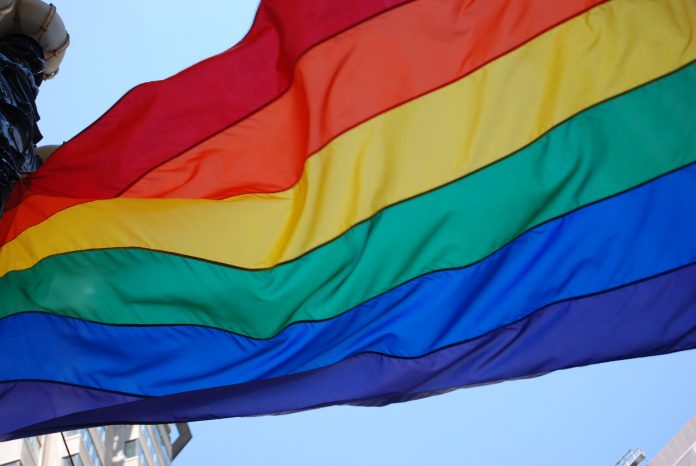 Yes, this June is Stonewall 50! World Pride is in NYC with events all month but focused on June 26-29 and the Stonewall Inn in the West Village. Let’s take an LGBTQ history tour around NYC and the USA. Probably the “First” bar in The Village was lesbian, Eves Tearoom in 1925, 44 years before Stonewall. While there, visit iconic locations such as Harlem and note the 1928 Wedding of the lesbian daughter of WEB DuBois. In 1925, blueswoman Ma Rainey was arrested for hosting a lesbian party.

Playwright/author Langston Hughes, among many, was inspired by Walt Whitman. “Roots” author Louis Gates notes that the Harlem Renaissance was as much Gay as Black. The new opera, “Stonewall” debuting this June on Broadway. Off the south shore of Long Island is an Original, Fire Island. Further east on Cape Cod is P-Town. West to Pennsylvania Amish country is the memorial to the crash of Flight 83, where gay man Mark Bingham is credited with leading the charge against the hijackers

Head south to Ft. Lauderdale/Wilton Manors and Miami Beach to Key West. On the way a stop at Mount Vernon, home of Founding President George Washington, and investigate the likelihood that Alexander Hamilton, his close friend John Lauren, Baron Von Steuben and others were likely LGBTQ “friendly” for the era. Despite current notoriety, Alabama was home to the 13th and First Gay Veep in William R DeVane. Key West, best known for Ernest Hemingway, also has homes of Truman Capote, Tennessee Williams, Jerry Herman, Elizabeth Bishop and Terrance McNally.

North and west to Savannah, Georgia is Americas first planned city and home to “Midnight in the Garden of Good and Evil”. Other historic cities to the North is Charleston SC home to an early open marriage of a Trans Women to a Gay Black man. Atlanta, was home to no specific sodomy laws until 1817. Historic LGBTQ Georgians include Leonard Matlovich first OUT US military, Alice Walker author of The Color Purple and RuPaul got his start in the Atlanta Club scene. While in the South visit cities such as Ashland NC and the Biltmore Mansion/ Gardens, Nashville and Music Row (note our own, now Las Vegan, singer/songwriter Deana Kay Rose).

New Orleans and the French Quarter. Though one can never call Mardi Gras “straight,” 1972 saw the start of one of America’s Great Gay Events. Southern Decadence, occurs every Labor Day Weekend, drawing over 100,000 people.

As we move back West, history records many instances among Native Americans including Woman Chiefs amongst the Crow and Sioux. Wyoming which is home to at least two items the setting of Brokeback Mountain and sadly, also to the murder of Matthew Sheppard.

Moving on, western Colorado, along with Indiana, hosts the two most recent historical events, election of Governor Polis in Colorado as openly gay and declaration as Democratic Presidential Candidate by Mayor Peter Buttigieg. Mayor Pete also openly Christian/Episcopalian, reminds me that Texas lays claim to the largest LGTBQ church. MCC’s Cathedral of Hope.

Here in Nevada, Gay Rodeo History began in Reno in 1976. Kenny Kerr debuted the fi rst “Boylesque” at the Silver Slipper in 1977.

Though we all know WEHO and Castro, how about Carol Doda’s Condor Club, SFO of the 50’s, “Howl” and the Mattachine Society? The One Foundation of the 1950’s in LA and the LGBTQ archives at UCLA. If you haven’t or haven’t recently visited a Disney Park during the “gay days” it’s time to go/go again. But don’t stay straight! Let us book You a “Purple Roof” or a “Mister BnB.”

An important part of Travel is learning and knowing Our History LGBTQ or otherwise. The world and generations await your visit. Yes, you can even walk in the footsteps of Alexander the Great in Persia/Iran. However, you need to plan carefully. We are here to help.

As We See It: Legislators let us down; Counties, cities must act

Fractured Community Can Be Whole