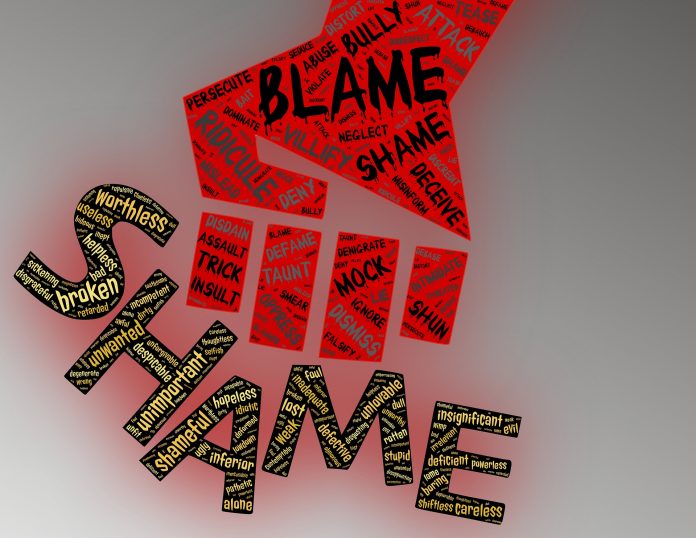 By JAMES MALTESE
Special to the Las Vegas Spectrum

Life is a Journey, not a Guilt Trip! That was the slogan from my former LGBTQ Christian church where I was a church leader.

Bad Religion: In order to continue to teach hate, Leviticus’ word “abomination” is out of the Bible and replaced by either “detestable” or “abhorrent.”

Good Bible: The word “abomination” simple means “let’s not do this,” it is interchangeable with the word “unclean,” which symbolize Jewish purity rules on how to live your life. You are “unclean” or an “abomination” if you have seminal leakage, menstrual bleeding, give birth, or eat any type of shell fish. There are many more of these type of rules.

Jesus dismisses Leviticus a few times, “What goes into a man’s mouth does not make him unclean, but what comes out his mouth that is what makes him ‘unclean’.” Jesus also states, “Do not call anything impure that God has made clean.”

“For some are eunuchs (Gay Men) because they were born that way, others were made that way by men…” What! In Biblical tim es it was customary to castrate young, healthy, smart boys to enter a three-year eunuch training program to work in the king’s court and not reproduce. Good Bible: The word Pais is out, the word Slave is in. That’s just more deception from ‘Bad Religion.’ “Pais” means a young male slave who can be used for male-male sex or can mean ‘male lover.’

“Lord,” he said [butch gay centurion], “my servant (Pais), lies at home paralyzed and in terrible suffering.” Jesus responds to the butch gay centurion, “I tell you the truth, I have not found anyone in Israel with such great faith.”

More ‘Bad Religion’ and ‘Good Bible’ to come. In future months, I’ll discuss, “Jonathan stripped himself of the robe that he was wearing, and gave it to David, and his armor, and even his sword and his bow and his belt.” Oh dear… Good Bible!

Editor’s note: James Maltese is a Bible scholar, not affiliated with any church and offered this article for use in the Spectrum. The churches that advertise on this page have first right to the space but when we have space, we may use Maltese’ work in the future. Opinions expressed on this page are those of the writers.

Seeds of Thought: Have a happy New Year in 2021