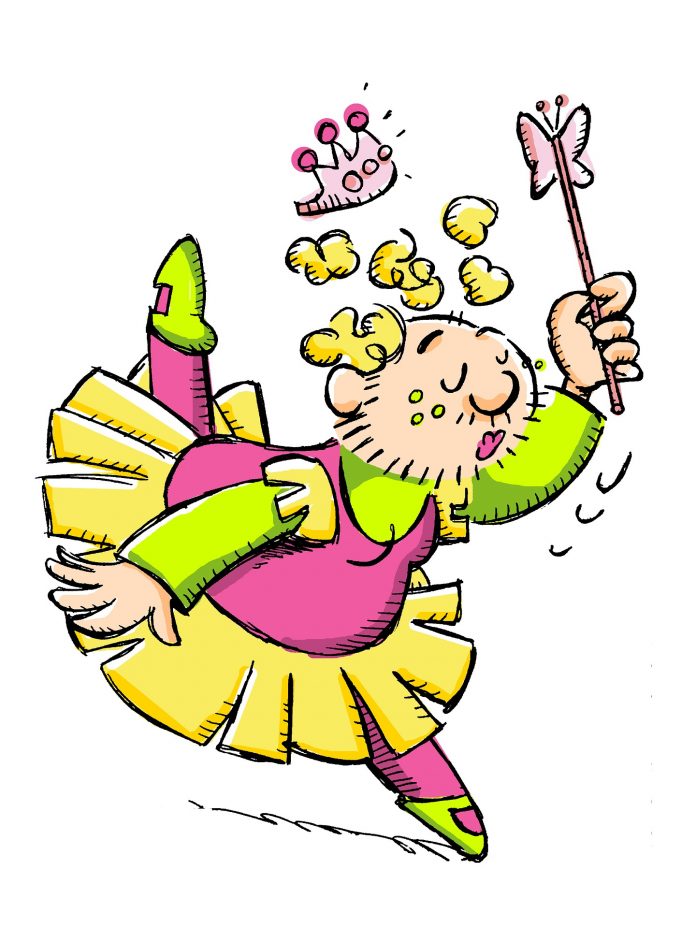 Calling all heifers to the new year. I’m not going to mention names but you know who you are. I’m calling your asses out because as we leave 2018, some of you shady ladies on and off the Las Vegas gay stages are pushing the limits. To those queen that like to “borrow” items and never give them back, well, you’re nothing more than common, low-life thieves.

To the queens who think I screwed them over for $50 in show pay, well you can lick it.

Just like a homeless person on every freakin’ corner and at every stop light, a new drag show seems to pop up at every bar and venue. Here’s a little tip. Learn to have some mic presence and how to control you audience. Oh, yeah, if you’re going to lip sync a rap song, know the words! It’s bad enough that it’s rap but even worse if you have a younger audience that knows the words and you don’t. That just shows your age!

And for the younger queens who lip sync an oldie-but-goodie song, like Donna Summer’s “Last Dance”… Grab a mirror and MP3 player and practice until you get it right. I watched this one youngster who was so bad… I wanted to stab you in the neck, you freakin’ hooker. Lucky for you, my gag reflexes overtook my stab reflexes.

If you kids need help with your talent, ask an old queen like Michael Holiday or Jimmie Emerson, or any of the gals from the Strip shows.

The other night, I thought I was listening to stand-up comedy, but it was this queen bragging that her show was better than Jimmie Emerson’s. Please! Not even close. Yours was like the Christmas music in the Badlands bathroom, with the toilet flushing for sound effects.

By-the-way, speaking of Badlands, I’m sure everyone has heard by now that the guys who own the QuadZ bought the place. They will close for a few days just before midnight on Jan. 31, but they’ll reopen shortly thereafter. Rumor has it they’re keeping the staff , which incidentally now includes the lovely Miss Luther. He must have gotten lost going to work one day, liked the place and stayed.

Let me define KARAOKE for my friends. A form of entertainment, typically offered by bars and clubs, in which people take turns singing popular songs into a microphone over prerecorded backing tracks.

I’ve been hosting Karaoke at the Spotlight for one-and-a-half-plus years. Am I the best? HELL NO! The Queen of Karaoke is Sheila. She’s a great host and wonderful singer. I dislike my singing voice, and try to take a back seat to all the wonderful folks who really enjoy the art. Like the topless joint down the street that advertises, “Hundreds of beautiful women and three ugly one,” there are hundreds of you who are lovely to hear and then there are a few … Oh, never mind! You’re not going to win American Idol or America’s Got Talent, in fact you won’t even get an initial interview.

Mama loves you, but don’t blame the KJ for making you sound like a frog with a sore throat. Some of you just can’t sing but here’s the thing. Have fun, buy a drink ‘cause that’s how the bar makes money to pay the KJ and all the licensing fees. Duh? Do I really need to tell you NOT to bring your own drink or water? Just as bad, don’t let me catch you buying a soda pop and mixing your own drink with the alcohol you smuggled in. Trust me, I’ll grab your drink and kick your ass out of the bar.

Two more rules. It’s okay to try a new song that’s a tad bit out of your comfort zone. Don’t know the words? Well let me be the hero and put them on the screen. That’s how it works!

My last rule? When you go out in public, take a shower and put on some clean clothes. When you smell like a dive bar bathroom at 2 a.m., it ain’t good for business.

On another topic, did you hear SNAPI has a new president? I’ve heard they’ve made many changes and let’s all hope for the best. We’re all part of the LGBTQ community so let’s work together and make Vegas the number one gay pride in the country. If we all approach it with a positive attitude, we can all have our voices heard and yes, be proud.

Pride isn’t just a party, it’s about making sure our voices are heard, our rights are protected, and yes, making sure that LGBTQ people aren’t killed, bullied, raped and treated like second class citizens. We have the power to stand up to that certain con-job in Washington who wants our trans family out of the military, who wants to discharge service members who are be HIV- positive and then destroy Obama Care, leaving millions of us without healthcare.

You’ve heard the TV commercials and how the Republicans have promised to force insurers to cover “pre-existing conditions?” All the while they were suing to overturn Obama Care in a Texas court. You can’t have it both ways. If the Texas case stands and you’re HIV-positive (or know someone who is), look out!

Enough! Yeah, you all know I work in health care when I’m not out entertaining, so give this girl some slack! Columnists have the right to an occasional soap box moment.

Let me wrap this up with a welcome back to two bright stars.

Frank Marino will be returning to the Strip soon. He’s keeping the location secret. Our guess is he’s promised a “scoop” to the National Enquirer or someone of that lowly caliber. Mama has heard rumors but to keep Frank happy, my lips are sealed.

The other star – well, let’s just say I’m sucking up – he does print this column! Let me welcome Rob Schlegel back to the publishing world. I promised to say something nice about him, since I suckered him into letting me write, so here we go. “Rob is married to Lucas Navarro-Schlegel and Christmas Eve was the anniversary of when they met. Not only is that boy pretty, but he can sing! Lucas is always welcome at my karaoke show, even if he brings Rob.”

Hugs and kisses to Rev. Wilhemina Parsons and the Chief Night Beater. We had fun reading your column in the Night Beat for the past 17 years. A little-known secret – they both play bingo at the Spotlight most Tuesday afternoons, so pop in and say “hello” to either Wilhemina or Bill.

Time for the outdoors: LGBTQ groups in Las Vegas, hikes and...