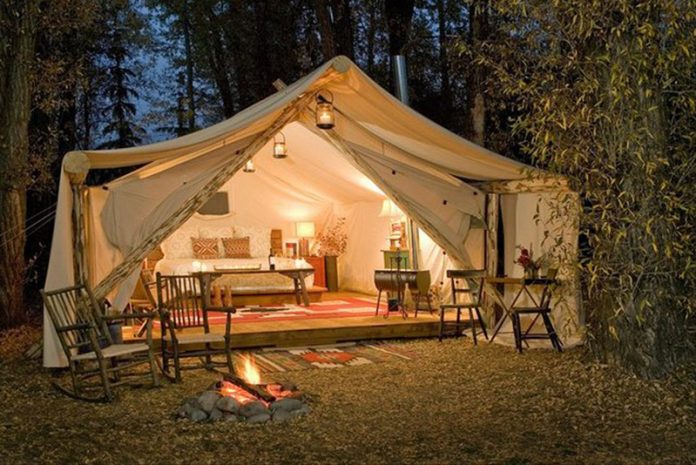 Holy Hoover Dam! May is already here. So much gossip and some of it will be served up cold.

Did you hear Mike and Kelly Smith moved to Florida They took those damn chickens across America in a U-Haul truck. You go girl! I’ve heard that Florida alligators love chicken. There’s a hilarious video of Kelly on FB, painting her new chicken coop, which Michael built. Scott Ramer (Findlay Honda fame) wrote it looked like she had been hitting the wine. I’m guessing it was the paint fumes!

Chris went to Florida as well, and let me tell ya, that big Queen is going to melt.

I had to put my dog Sally Jelly down on April 22. The cancer just got too bad and when an animal is in pain, do the right thing and put them to sleep. Thank you for all the positive thoughts and hugs.

Gossip has it that Bastille on 3rd is closing for good. Well, it’s not just gossip, it’s a double-checked fact. It’ll close sometime in June. The building has been sold and the boys will be vacating. Meanwhile, Robert and Guy are looking for a new location. Best wishes on that. Stop by and see your favorite bartender and tip an extra dollar in memory of Ralph Vandersnick.

Ralph was such a card. He’s long gone but I always laugh when he tended bar and would hustle me into buying “the old c***ks***er a drink.” (Word puzzle: editor Lyn won’t let me use that word!) Ralph would proceed to pour himself a top shelf drink. You paid, gave him a tip and didn’t complain.

Mentioning Editor Lyn, I’ll tell you a story. Did you catch the glaring mistake on the cover of last month’s Spectrum? “Jan Jones,” should have read “Jan Jones Blackhurst.” I heard her husband, Dana Blackhurst, an educator of quite some renown, called the Spectrum editor and threatened a note to her mother and a stain on her permanent record if it ever happened again. Poor Lyn is so chagrined, I’ll bet she runs a correction this month.

You can’t be too harsh on Lyn. Everyone knows Jan as “Jan Jones,” since she was mayor of Las Vegas under that name for eight years, ran for governor twice and of course we all used to watch her TV commercials for Fletcher Jones’ car dealerships. (Who can forget her great commercials with the late Kenny Kerr?)

Anyway, the whole staff (except Yours Truly), is hideously embarrassed, has burned every copy of last month’s Spectrum they could find, and they’ve all promised to donate last month’s paycheck (if they haven’t spent it) to the Jan Jones Blackhurst Elementary School, which opened in her honor, October of 2018.

Now with THAT kowtow to Dana Blackhurst, perhaps he’ll help me expunge MY permanent record. Girl, you don’t want to see my record from back in the day!

It has been reported that the Drag Brunch at Senior Frogs is the deal, and off the hook. It’s packed with some of my favorite girls who work the pole and carry on with the audience.

On Saturday, May 4, it’s our first Glamping Camping. Everyone is welcome, no drama allowed. Just good times, booze and food. Go north on US-95 and take the Lee Canyon turn-off . Don’t get confused! It’s State Route 156 (not 157, which goes to the Mt. Charleston lodge). Drive west about 10 miles and you’ll see a shipping container with a gay fl ag. It’s 50 min drive from downtown. Remember, it still gets a little nippy at night so bring a coat and something warm to sleep in.

Confidential to a couple of queens running their mouths again about other queens (you know who you are!). Shut up, cause it is not your damn business. I have seen your show Ms. Thing. You ain’t all that missy, and you need to stay away from the “all you can eat places,” ‘cause good lawd, you can park a bus on your rear end. Yes, you, Ms. Half-Ton 2019.

The Spectrum is looking for an ad sales rep. Know how I know? ‘Cause DW Bistro is having a Sunday drag show, featuring Frank Marino. Not sure what day it is and I couldn’t fi nd it advertised anywhere.

The last Friday each month in downtown Henderson is a lot fun. It goes from 7 to 11 p.m. with all kinds of stuff to do and lots of food. Water Street is getting lots of cute, second hand shops and new restaurants.

Kudos to the UNLV Spectrum (the LGBTQ club on campus) on their drag show in the CSUN ballroom on May 20. Lot’s of up and coming drag kings and queens! Most interesting? It started on time at 6 p.m., there was no smoking, and they served food at both the intermission and following the show. Nice job!

The big hoop-dee-do in May is the HRC Gala on the 11th at Caesars. It’s black-tie optional but that is so stale! Skip the tux, just look nice and with the money you save, come down to the Spotlight and sing karaoke with Yours Truly, after the event.

Oh shoot, I was supposed to be plugging HRC, not myself!

Go to hrc.org to get the full scoop. You should still be able to buy tickets if you’re getting this column, hot off the press. It’ll be a lot of fun, and they got Mayor Pete Buttigieg as the keynote speaker. I’ll vote for his spouse, Chasten Glezman Buttigieg to be First Gentleman!

Linda Kutcher of Grape Vine Café Wine Bar & Cellar is selling gift baskets for 50% off , which can be donated to the HRC Gala. (Where to you think they get those things to auction?) The Grape Vine has been the site of at least three HRC Third Thursday events. Thanks Linda!

Frank Marino’s Divas Las Vegas is finally reopening. Can’t say exactly where yet, but plan on June 26th for the first night’s show. What do you want to bet that Frank gets a cover from the Spectrum? Rob has always been a soft touch for anything Frank wants. Maybe Frank has dirt on him? Wouldn’t put it past that queen. Congrats Frank!

I was standing at the Spotlight bar one night, minding everyone’s business but my own. This fat, UGLY drag queen comes up behind me, grabs my behind and says, “You’re kinda cute. You gotta phone number?

I said, “You better get back in there before the farmer misses you.”

That cost me six stitches, but, when you’re over 70, who cares?

Seriously, maybe that wasn’t a true story and it’s one thing for a drag queen to joke around in print or on stage. Whether you’re gay or straight, “No,” means No! If you don’t believe me, just ask a certain Congressman who resigned from the House. His nefarious behavior less than what I witnessed late night in a parking lot outside a certain shoe store. Some of you need to learn the definition of sexual assault. You had best hope the person who told you “No!” five times doesn’t file a report.

Getting back to the hilarious stuff I love to write about: Logan Seven, the promoter for Aussie Heat, a male revue show at Planet Hollywood’s V Theatre, invited me to the show. It’s advertised as the “most hands-on” revue in town. Logan bought me a lap dance and the hunk insisted I grab his butt and grope his chest. I willingly obliged!

While I didn’t initially recognize him, there was a lucky, young man in the audience, who was lifted out of his seat and carried by one of the dancers into the middle of the room! He had to wrap his legs around the dancers waist to hang on!

Later, I recognized him as Lucas Navarro Schlegel. I snapped the photo above, when his hubby asked the dancers to pick him up. Rob says Lenny is Lucas’ favorite.