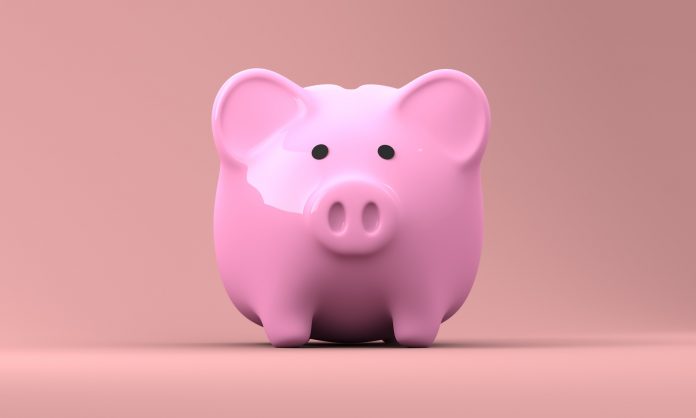 For this month’s column, I’m going to plagiarize much of it from Hugh Jackson, editor of the Nevada Current. This is an online, daily newspaper and if you’re not reading it, you’re missing some of the best reporting done in Nevada. I’ll try to keep direct quotes from Mr. Jackson within quotation marks. While we do have permission to use Nevada Current articles, we’re not using them in their entirety. We urge the readers to visit http://NevadaCurrent.com for the complete articles.

Median wages in Nevada and nearby states (in case you’re wondering)
“Median wage is the wage at which half of workers earn less, and half of workers earn more. It is generally considered a much more relevant measure than average wages, because averages are so easily skewed by, as an example, a mere handful of overpaid resort industry poobahs.

“Last month the Bureau of Labor Statistics released a series of wage data statistics for every state. The data is for May 2018, which evidently is the freshest stuff BLS could put together and still include all the states. It’s not as if Trump’s tax cuts have been driving wages through the roof, so 11-month old data will probably do, for our purposes, anyway.”

The Nevada Current went on to show the median hourly wages on a chart, similar to below:

Hugh Jackson continues, “…more trenchant, to Nevada, anyway, are the minimum-to-median ratios. The Center for Equitable Growth has noted that the ratio has gone down nationally over the years, from minimum wages equalling a little more than 50 percent of the median in the 1970s, to 39 percent more recently.

“Nevada’s minimum (the $8.25 wage, which is the more common of Nevada’s silly two-tiered minimum wage structure) was 48 percent of the median in 2018, and there are at least a couple ways to look at that.

“On the one hand, you could say hooray, because maybe that means inequality isn’t as pronounced in Nevada as it is nationally. Alas, curb your exuberance. A 2018 report ranked Nevada the fourth most unequal state in the nation when it comes to income distribution.

“Alternatively, Nevada’s relatively high minimum-to-median ratio may merely reflect low wages overall in the state. Nevada’s recovery from the crash is nationally renowned as a low-wage affair. ‘Places like Las Vegas … have seen their growth on the back of very low-wage jobs, so in a sense they’re growing poorer as they grow,’ Paula Flora of the Federal Reserve Bank of Philadelphia said late last year.

“Legislation to raise Nevada’s top minimum wage (the $8.25 one) to $12 by 2023 has passed a committee and was granted a deadline waiver. i.e., it’s alive. (And as someone declared the day after the November election, if a Democratic governor and Democratically controlled Legislature don’t pass a minimum wage bill this session, they should all resign.)”

Thank you, Mr. Jackson. Let me pick up here.

In the “real world,” where I earn my income, I’m a real estate agent and I see first hand how income inequality affects everyday people. Incomes are growing fastest for the top 10% and especially the top 1% of income earners. Housing costs are growing fastest for families earning at the bottom of the income levels. The top 25% of income earners have actually seen their housing costs fall.

What that means is, those people earning less than the median wage are seeing a higher percentage of their income going for housing costs, especially those earning closer to the minimum wage. In fact, those earning the minimum wage are likely working multiple jobs, forced to live with others and are most likely renting. At least those who are able, or were able, to purchase property, can stabilize their housing expenses. Those who are renting, will likely spend an ever-increasing percentage of their income on housing.

It’s about housing, but combined with legislation
I’m not telling you this in order to sell more houses, although that would be beneficial both to renters and those in the real estate industry.

Why beneficial to renters? In addition to building equity, renters can stabilize their housing costs and eventually have a chance, as their income rises, to decrease the percentage of their income they pay for housing. It’s the only way.

Income inequality is much larger than housing cost inequality, and this is true at both the top and bottom of the income spectrum. Those in the lowest quarter make only 27% as much as the median household, but they still need to pay 79% of what the median household does each month to housing.

The upshot is that America’s poor earn only a fraction of the median family’s income, but their housing costs are not too different. This is the best argument for the urgency of increasing the minimum wage.

I’m sharing the Nevada Current article in hopes our readers will contact their legislators, who must must increase the minimum wage. The legislature passed a gradual wage increase to $12 an hour in 2016. It was vetoed by Gov. Sandoval. Had that wage increase taken effect, our $7.25 wage (with insurance) or our $8.25 wage (without insurance) would be $11 and $12 by 2022.

Rather than make up for the Republican governor’s veto in 2016, the way the current legislation is structured, we won’t hit $11 and $12 wage minimums until 2024. The Nevada Current, in another editorial, points that out, “

In California, which as everyone knows is a state that Nevada simply must not emulate in any way whatsoever because rural people and other Republicans think California is icky, the minimum wage is $12 right now this very minute, and will rise to $15 by 2022. But again, California, according to a vocal contingent of Nevadans, is horrible and terrible so really why even bring it up?

“Arizona, a state chock full of white retirees watching Fox News and complaining about brown people who do all the work… maybe that’s a state Nevada, or someone’s version of Nevada, can identify with. Then again, maybe not. Those darned radical socialist lib voters in Arizona took matters into their own hands in 2016, and long story short now the minimum wage is $11. It rises to $12 Jan. 1, 2020.”

Despite having a Democratic party governor, and the same party controlling the Assembly and Senate, we will remain the state with the lowest minimum wage when compared to Washington, Oregon, California, Colorado and even the backwards-leaning Arizona.

Top that off with the failure to rein in the bloodsuckers from the pay day loan industry. 650% annual interest and the legislature didn’t think it worth regulating! (No thanks to Ellen Spiegel, who wouldn’t even give it a hearing).

We continue to allow the sacred mining industry to rape our state of minerals, leaving behind a polluted groundwater and desolated deserts. The mining industry earns billions of dollars from Nevada, all while paying some of the lowest taxes imaginable. To add insult to injury, they also operate the state’s largest, coal-fi red electrical generators.

Isn’t that enough? No! The legislature watered down the sick leave bill. It exempts businesses with less than 50 employees, which is most every business that needs a policy mandated. For the few large firms affected, it mandates 24 instead of 40 hours per year. 90% of food workers admit going to work sick and do so “frequently.”

That’s it for this month. We’ve only scratched the surface of many issues. If you want the rest of the details on these topics, we urge you to visit one of the best alternative new sources, available free at http://NevadaCurrent.com.

We should add that Hugh Jackson, the Current’s editor, will be speaking at Lambda Business Association on Wednesday, May 8.