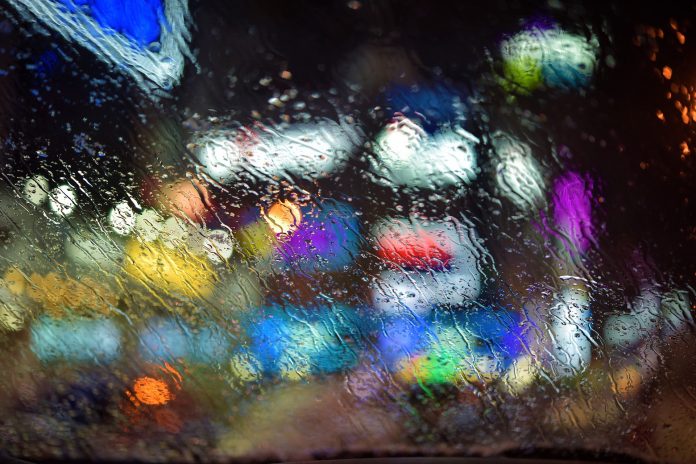 Can’t believe it’s February 2019 ̵ the month of love, break ups and let’s get married! Speaking of marriage, did you hear that Christopher Kenney and Jamie Morris got hitched in the Zumanity Theater? Of all the venues in this town, of course they picked the place that stands for lust, passion and sensuality. Can’t think of a more fi tting place for Jamie, star of Puppetry of the Penis and Edie, emcee and host of Zumanity, to get hitched.

I don’t know what it is with bingo on Tuesdays but you cheap hookers can’t seem to get enough. Mark Conte, daytime bartender at the Spotlight, does free bingo from noon to 3:30 p.m. and not only are there lots of fun prizes, they also serve lunch and it’s the same price … free!

Same day but starting at 8:30 p.m., Jimmy Emerson is back with Badlands Bingo. I’m not sure what you hookers are doing between 3:30 p.m. and 8:30 p.m., but hopefully you’re charging for it. Gotta get a few bucks together to buy the cocktails!

While I’m on bingo, I spotted Bill Schafer, former publisher of the Night Beat, playing bingo at the Spotlight last week. He’s looking pretty good, so stop asking me about him! Join him for bingo, or better yet, call and take him to dinner. I know he was kind enough not to print some of your scandals, so seems to me like you owe him your relationships or at least a dinner.

Jimmy Emerson’s “Fabulously Funny Friday’s shows are also back at Badlands. She starts promptly at 11 p.m. with her cast of thousands and one hooker (‘cause that queen will do anything for a dollar). Yep, the Badlands has been sold and the three guys who own QuadZ are the new owners. The good news is most of the staff was hired back on. They had to close New Year’s Eve when the switch took place, but that all had to do with gaming licenses. They guys made a few modifi – cations, did a little maintenance work and were back open within a few days.

Jackson, one of my favorite bartenders, is now at The Eagle (aka The Big Chicken!), working days and a couple of night shifts. You’ll also find this paper, and more importantly, my column, in the news racks in the back room. Thanks Judy! Pleased to see that the Spotlight also has a new daytime bartender ̵ Matt Yummy, just for you day drinkers. Yeah, like I said earlier, Mark still does the Tuesday bingo but he shares days with Matt. Remember, it’s a birthday celebration every third Sunday of the month. The Spotlight supplies food, cake and a birthday gift. Everyone is welcome at this celebration.

I’ve officially organized the “Team Kitty Litter” to keep tabs on some of the shows (and gossip) here in town. Your tips are always welcome. A girl can’t be everywhere, with everyone and know everything all of the time. Okay, okay, there may be some truth that I’ve been with everyone, but that’s a whole different story.

Anyway, my team hit Hamburger Mary’s last Saturday for the Stars-N-Stilettos starring Kenneth Blake and Guests. Everyone reported back that the show was fabulous, the production ran smoothly and was very, very funny. If you can’t make it on Saturday, then try Friday night when the show starts at 8 p.m.

While I haven’t seen it, the team says Mary’s has a Gospel Brunch on Sundays with CoCo Vega, which starts at noon. I just heard they have Holy Water! Now that might get me out of bed before noon on Sunday! And oh yay! My favorite karaoke queen, Sheila, is dialing up the hits on Tuesdays. Technically, I think they’re calling it “Mary-oke,” it starts at 7 p.m. and includes two-for-one drinks.

Let me get serious for a moment about Hamburger Mary’s. I enjoy gossip but not at the expense of hurting someone. Here are the facts. Mary’s is co-owned by Lou Placencia and James Healey (period!). Despite what was reported incorrectly on a local TV station (which can’t be bothered to run a correction), everyone at Mary’s has been paid. It hasn’t been a cake walk, but HM has supported the Sin Sity Sisters, Smoke Out, The Center, the Bears, several lesbian groups (which I don’t claim to know nothing about!) and yes Pride. I hope that clears up some confusion for a few friends.

Both Todd and Surfer Dave from Flex off ered to buy me a drink if I mentioned Flex in this column. Plus, stop by Flex on Thursday nights for Flamboyance with my sister Stephanie. She’s the crazy lady on the mic with the big tits. The fun starts at 11 p.m. There, that’s three times and you each owe me a drink!

Have you noticed Landon from Phoenix recently? You’ll have to ask him, but rumor has it he’s been getting buff for a possible run for a resurrected Mr. Desert Nude Nevada. He’s keeping it quiet so please don’t mention you read this in the Spectrum. Tell him you heard it in the Bugle – no one remembers that old rag anyway.

Congratulations to the Fun Hog Ranch! Of the top 50 gay bars in the USA they are number #10 on the list. Kudos to Will and his fabulous staff !

On Monday, the Eagle has a new Trivia contest, mixed in with a drag show and prizes. I’ve heard you shouldn’t miss the new girl, “Anyonkas Geeky Gayner Gathering.”

At the Garage, it’s “Big Game Day” on Sunday, Feb. 4th and they’re throwing an indoor tailgate party. They’ll have free appetizers during the game and prizes. Guy and Robert also of er two-for-one drinks daily from 11 a.m. to 7 p.m., which is one hell-of-a-long happy hour. These boys also own Bastille on 3rd St. and they offer the same, generous happy hours there.

Not much news that I can share on Frank Marino just yet, other than I can tell you he’ll come out on top. The Gaming Control Board says Frank was the victim. There are some bloggers out there who had better buy some liability insurance! Bianca Del Rio, along with some hotel executives owe him an apology. Enough said!

Not to end on a sleeper, but if you’ve got insomnia and even this column doesn’t put you under, check out our friends over at Clinical Research Center of Nevada. They’ve got a sleep study advertised in the Spectrum and two of my friends are getting paid several thousand dollars just to sleep. Your job is to keep track of your sleep with an electronic diary.

Remembering Howard Thompson, former owner of The Buffalo and Backstreet, who...