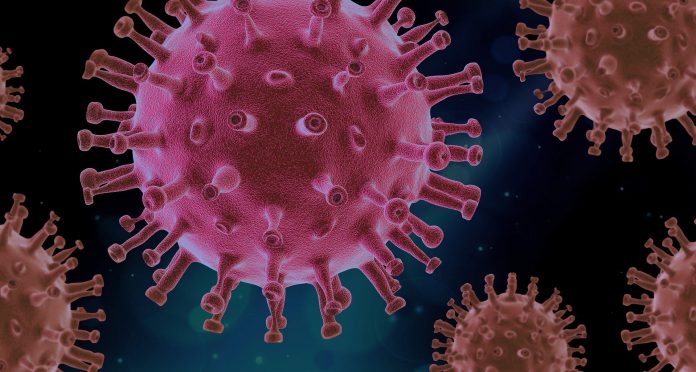 Will Rucker is a gay Christian pastor who is a licensed wedding officiant and regularly performs weddings at the MGM properties and at other chapels on and off the Strip and in downtown Las Vegas.

Churches had already voluntarily closed their doors, so when casino-resort chapels and the assorted wedding chapels up and down the Strip were closed under order from Gov. Steve Sisolak as non-essential businesses, weddings in the “Wedding Capital of the World” were essentially outlawed for the duration.

The Rev. Rucker was out of a job.

Civil marriage in Nevada requires the officiant and one witness to be in same room for the couple’s nuptials, so it cannot be performed remotely via Zoom.

In critical need, a marriage can be performed at the Clark County Marriage License Bureau window — but the county determines “critical” on a case-by-case basis.

Marriage renewals and commitment ceremonies can be performed remotely but under the social distancing rules no more than 10 people can attend.

“I haven’t performed one ceremony since the shutdown,” Rucker said.

Fortunately, for the last wedding he performed just before the shutdown, Rucker said, “The two were kind with their tip.”

As a “gig” worker, Rucker is not eligible for unemployment. He has applied for a Small Business Administration loan, but just like unemployment the SBA cannot handle the thousands of applicants and he has not gotten a response.

His husband, Jay, is a student nurse and, ironically, during the height of a public health crisis, he cannot complete his clinical hours for his nursing license.

Even before the coronavirus made Rev. Rucker’s job impossible, being a gay wedding chaplain could be challenging.

Some chaplains refuse to perform same-gender weddings or will offer only a civil service with no blessing for same-gender couples.

Rucker said that even in civil ceremonies the couple often ask: ‘Will you bless our marriage?’ Some chaplains realized they were losing money in tips when they refused to do so for same-gender couples.

Sometimes, the discrimination is based on religious rather than sexual differences. Sometimes a chaplain of a particular faith will not perform a religious ceremony for a couple of a different belief.

Rucker is strongly informed by his Christian faith, but he said he will perform religious ceremonies according to the wishes of the couple, even if their beliefs differ from his, because he sees this as an expression of his Christian love and acceptance.

Perhaps because of these issues, Rucker said many same-gender couples bring their own pastor to perform the wedding and then his role as the officiant is only to take care of the legal paperwork.

Rucker said that about 10 percent of his business is same-gender weddings.

For the other 90 percent, sometimes the prejudice goes the other way. Rucker said he once officiated for a couple who asked for a pastor to marry them, “because ‘I don’t want to be married by Ru Paul.’”

Little did they know.

Early February, just before the shutdown, was great for business because of the unique date: 02/02/2020. Rucker said chaplains had likewise anticipated that 04/20/2020 would be a big day for a state with legalized recreational marijuana use.

Rucker is adept at social media for his church, The Intersection Spiritual Community, offers services online. He said he offers marriage renewals and commitment ceremonies online, but it is an “in-person business.” “That’s what the magic is made of,” Rucker said, “There is a lot of touching, a lot of hugs.”  All the things that are not kosher under social distancing.

Rucker said that the stay-at-home order has impacted the LGBTQA+ community differently. Queer singles often lack someone to turn to during a stressful time.

Queer couples and families have each other but being stuck at home together can be stressful in itself. There is no escape from the daily tensions and irritations that can build up, Rucker said.

Queer people sometimes lack the support of an accepting extended family or community that they can reach out to by phone or Skype.

As an African American pastor, Rucker understands the resistance of some congregations to the state government’s stay-at-home orders.

“African American Christians, generally, only give their tithe in person at church,” Rucker said. “Most African American churches cannot afford to give up a month of tithes,” he said. “They can’t pay their staff if the church is closed.”

Ignoring the social distancing rules can be even more dangerous for the African American community, Rucker said, because African Americans are disproportionately affected by chronic illnesses, such as diabetes and heart disease. When COVID-19 does strike, illness among African Americans is more severe and the death rate is exponentially greater, he said.