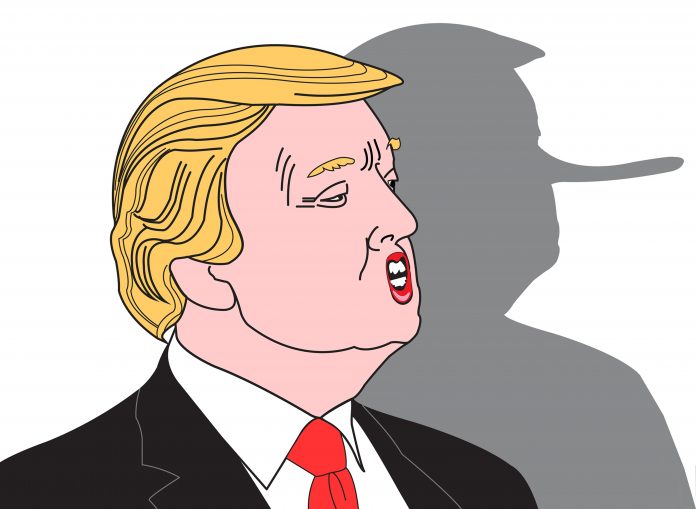 As I pen this editorial, it’s the sixth day of the U.S. Senate desperately trying to find a way to avoid convicting an evil man whom we all know would have been tarred and feathered for his crimes in an earlier era. At least he has been impeached. There is likely only one way to be rid of him, and that is a fair election, if the public can prevent it from being stolen (again).

That starts this February with the Nevada Democratic Caucus and the caucuses or primaries in Iowa, New Hampshire and South Carolina. Here in Nevada, we can directly affect the outcome of our important presidential (primary) caucus, just by showing up and making our preferences known.

Sadly, past history has shown that only die-hard political supporters have bothered to caucus. Even the word “caucus” is something we only hear once every four years and to many voters, it’s a foreign and unfamiliar process. In reality, it’s pretty simple and if you vote early, it can be painless.

So, our message to readers is this: If you want your candidate to win the Nevada caucus, which will have a profound impact on the selection of our next president, participate in your caucus. Whether it’s voting early from Feb. 15-18 (fast and simple) or participating in your actual neighborhood caucus on Feb. 22.

Rest assured, there is no reason to be intimidated – even if you never realized that Nevada voted for their primary presidential candidates through this, sort of weird, process. Trust me. You won’t be the only one learning the ropes for the first time, and it can be rather fun.

Together, we can impact this election. We need you to vote.

Reading Spectrum for the first time?
As our regular readers know, the Spectrum is likely the first publication, possibly the first business, in the U.S. to direct mail market using address data from same-gender marriage licenses. We don’t have the funds to mail copies to every, same-gender, married household in Southern Nevada. Currently, we have the data from marriages licenses from Oct. 2014 through mid-2017.

As funds become available, we will purchase the license lists through the current date. Likewise, as advertising revenue increases, we will expand the number of copies print and mail. Currently, we mail 6,300 copies but this month, due to the Democratic caucus, we’ve increased that to 8,300. Our press run this month is 13,000.

Economic reality means we can’t mail to every household, every month. If you want to be guaranteed a copy of the Las Vegas Spectrum, each month, we ask that you subscribe to or sponsor the Spectrum. Rates start at $9.95 per year. A few generous individuals have donated substantially more. You can subscribe or sponsor us by visiting our website or by texting “JoinSpectrum” to 5558888.

Alternatively, if you have an address change or get the magazine and don’t want to continue, email us at subs@LasVegasSpectrum.com

Thanks for reading. Producing this magazine has been our pleasure.

As We See It: Why we are progressively pro-life