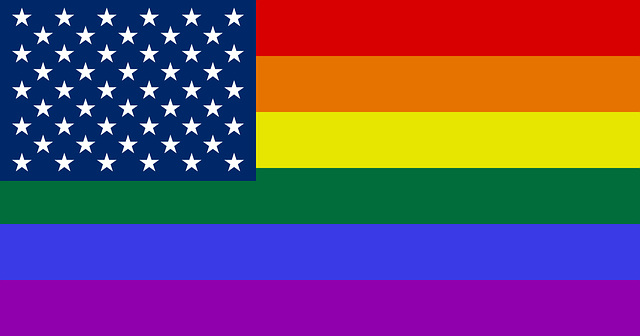 Welcome to our October issue. This is our most widely distributed issue in our short, 20-month history. While we normally mail 5,000 to 6,000 copies via the USPS mail, using a portion of the 10,200 addresses we’ve gathered from marriage licenses (public record) issued to same-gender couples, we’re not able to mail the whole list, every month. It’s cost prohibitive.

This month however, with the urgency of the upcoming, general election and a burst of new advertising, we’re printing and distributing 15,000 copies, of which 10,200 will be direct mail.

If you would like to be on our permanent mailing list, we ask that you join Spectrum as a sponsor. Each month, when we publish, we’ll make sure you get a copy. Visit our website at https://LasVegasSpectrum/sponsor or text “JoinSpectrum” to 555888. Your donation will help the Spectrum continue.

Ballots and the mail

In this issue, we explain that every registered voter will receive a ballot at their registered address. Several public officials have assured our readers there shouldn’t be any issue with returning your ballot via the USPS. We’re not so sure.

While it once took this magazine two to three days to be delivered via Market (bulk) Mail, some readers report its been taking six to eight days. We’ve heard unconfirmed reports of mail being trucked to Texas to be sorted and then trucked back to Las Vegas. We’ve been told, this is because our genius (or diabolical) US Postmaster General has ordered the removal of at least one, major sorting machine from the Sunset Road facility in Las Vegas.

If that’s the case (and it’s unconfirmed prior to our printing deadline), and if Donald Trump’s buddy, Postmaster General Louis Dejoy has his way, your ballot could take a long, long time to reach your local election department.

Our advice to every person mailing their ballot, is mail it at least two weeks in advance. If it gets trucked to Texas or sits in a holding bin, it may not be postmarked on time. We hope this won’t be an issue, but why take a chance? Fill out your ballot, follow all the instructions, including signing the envelope, then drop your ballot into a locked, secure drop box at any early voting site. We’ve created a handy link to early voting locations at https://tinyurl.com/Election-Sites. On election day itself, you can vote in person or drop your ballot at these election day locations: https://tinyurl.com/Nov-3-sites

So, skip the post office and drop your ballot off. If you choose to use the mail, we suggest mailing at least two weeks in advance and use the tracking code on the envelope. Keep track of where your ballot travels and when it’s delivered. Then let us know. We’ll be interested.

Protests, by definition, aren’t exactly “peaceful,” and we’ve heard “peaceful protest” so many times, we wonder if the television and press reporters have ever attended one. We prefer the term, “non-violent protest.”

People are only protesting because politicians and our government don’t respond to written letters, phone calls and polite conversations.

We are tired of Fox News and our local news media focusing on the rare cases of looting and yes, violence. On one day in July, over a half-million people turned out at nearly 550 separate Black Lives Matter protests across the United States. Since May 26, it’s estimated that over 26 million persons have attended more than 4,700 demonstrations around the country.

While there is no excuse for violence, we also need to remember how little violence actually occurs. Scenes of looting, rioting and burned police cars are easy to capture for television. Scenes of the police shooting tear gas, using rubber bullets, batons and using shields to charge non-violent protestors are harder to come by, for the very fact that those recording these images are often being chased and attacked.

The next time you see a news cast, or more likely, a Trump campaign ad with scenes of violence, consider exactly how little violence those 4,700 demonstrations actual had. Consider also, some violence may be reflexive reaction to unprovoked and brutal attacks against non-violent protestors.

A recent Tucker Carlson show on Fox news purported that 45% of gay-identified men are planning to vote for Trump on Nov. 3. The poll was also cited by the Log Cabin Republicans’ media project, Outspoken.

The poll, taken by Hornet, a gay dating app was not scientific, was anonymous, has no demograhics and was based on self-selecting, voluntary respondents.

The Hornet poll, while useful for conservative media outlets, was called “”clickbaity, sloppy journalism,” and “unlikely to be representative of the broader LGBTQ community,” by Jason Turcotte, an associate professor of communication at Cal Poly Pomona.

Two other polls, had dramatically different results. A voter exit poll from 2016 showed that 78% of LGBTQ persons backed Hilary Clinton while only 14% backed Trump. A poll in Nov. of 2019 of 1,074 LGBTQ men showed 66% were planning to vote for the Democratic nominee, and 26% intended to vote for Trump.

We don’t pretend that the Spectrum poll was scientific but we believe it’s closer to reality than the Hornet poll.

While we’re on the topic of science, we noted that the Scientific American has endorsed Joe Biden, the first endorsement in the magazine’s 175 year history.

The magazine editors wrote, “The evidence and the science show that Donald Trump has badly damaged the U.S. and its people—because he rejects evidence and science. The most devastating example is his dishonest and inept response to the COVID-19 pandemic, which cost more than 190,000 Americans their lives by the middle of September. He has also attacked environmental protections, medical care, and the researchers and public science agencies that help this country prepare for its greatest challenges. That is why we urge you to vote for Joe Biden, who is offering fact-based plans to protect our health, our economy and the environment. These and other proposals he has put forth can set the country back on course for a safer, more prosperous and more equitable future.”

We couldn’t have said it better ourselves.

Regular readers may recall that in our September issue, we discussed the science of how COVID-19 travels on cigarette smoke and vapor. Russ Ford, a long-time-friend and author from Washington State, took it a step further. In a guest op-ed on page 38 of this issue, Ford asks why we get upset over COVID-19 but don’t seem to care about cigarette smoking. It’s a good point and interesting reading.

Be sure to share our LGBTQ and Progressive Voter Guide. You can find it in this magazine. It’s also online at https://LasVegasSpectrum.com/VoterGuide

We’ve been doing this guide since 1996 and it continues. Thanks so much to those who contributed their expertise and thanks to those who advertised, which allowed us to print 15,000 copies and mail over 10,000 copies. Thanks even more to those who use the guide and share it.

As We See It: Why we must defund police