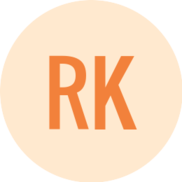 The long anticipated, LGBTQ, non-profit thrift store is now accepting donated furniture, clothing and other items. The thrift store, and adjacent office or meeting space, is run in conjunction with Kevin Plencner of Oak Brook Realty & Investments. Oak Brook owns the entire block, and while they eventually plan to develop and build on the site, Plencner has made the existing structures available for several non-profit endeavors.

Currently, the group is working on the business license and building occupancy with the City of Las Vegas. They are near enough in their licensing process that they’ll now accept donated items. When open, Oak Brook, Plencner and their volunteers will raise money for LGBTQ community non-profits.

“Sgt. Dixie” Thompson (UAS Ret.) and her group which assists woman veterans, is working with Oak Brook to initially run the thrift store. Sgt. Dixie is also working with a group which has purchased a four-bedroom home, which will provide housing to women veterans. They plan to expand into larger projects in the near future.

What’s in it for the ladies? Lots