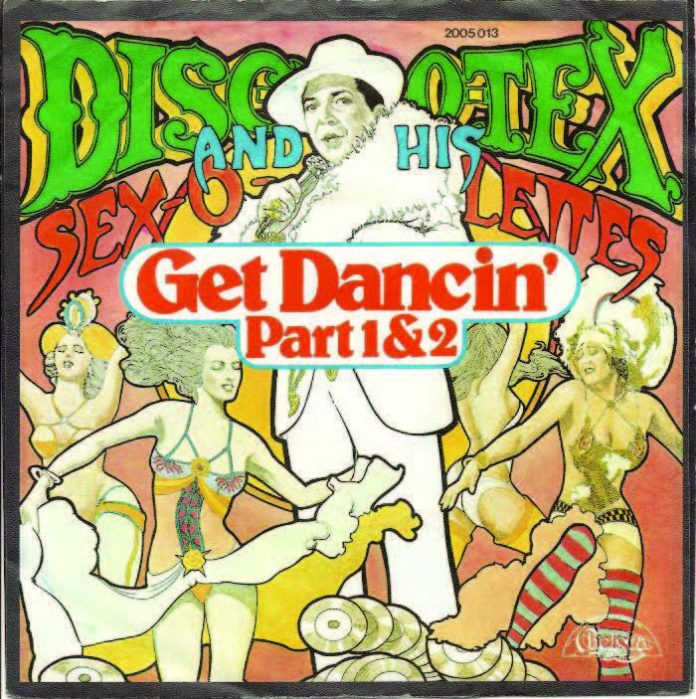 August was a scorcher and I hit the highest temps!  Although it may be hot in Las Vegas, the stage in the New York area – Stamford, CT, to be exact – was a fiery hothouse of talent for Soho Johnny’s Classic Disco Summer Extravaganza 2019 – starring, yours truly, Monti Rock III as  Disco Tex – with the Sex-O-Lettes!!

Can you believe it? All this explosion of disco is back on the beat again (in Vancouver, Canada, my song hit the top ten, 50 years after it came out!) The event was hosted by the great Denny Terrio. Do you remember Denny? He was the star of that era’s televised Dance Fever.  At 80 years old, I am having a resurrection of my youthful days as the star of disco! The venue was sold out totally! Denny tells me 800 were turned away due to capacity.

My two biggest hits, “Get Dancin’” and “I Wanna Dance Witchoo” were the hits that I sang for this disco fest.  The response from the throngs of people was totally mind blowing and amazing! There were 17 original acts (no substitutions or pre-recorded lip synching) and included: Harold Melvin and The Blue Notes, Tavares, Heatwave and myself amongst the roster of stars.  I got more requests for autographs with people who had my original albums with them!  This was a great time for me, my crew, and all of those associated in this concert!

Back to Las Vegas.

I am so happy that Frank Marino finally has inked an extended engagement with Legends in Concerts as the Joan Rivers host.  We need Frank’s sly humor and great drag gowns that always were adorning our stages here.  Good luck, Frank!

A newbie residency for Las Vegas is here. Paula Abdul is in her Forever My Girl residency at the Flamingo. She is succeeding the Donnie and Marie show in that great old-time showroom.  Paula Abdul was one of the best judges on American Idol. Her experience as a fabulous choreographer helped catapult her into the limelight.  She looks amazing at the age of 57 and doesn’t look over 37!  Her supple body shows her endless training of a true dancer and her face is fabulous. I plan to catch her show this month and will be giving a fuller review of the experience in the next issue.

As announced on my birthday, May 29, David Filter of the English Garden Flower shop and I, will be creating a cabaret at the site on Maryland Parkway near Tropicana.  I will be presenting stars of tomorrow, open mic nights, and much, much more!  It will be a fun bi-monthly event held every other Wednesday evening.  Do stop by when it is in action. Dates to be announced very shortly.  You’ll even get to see David himself hit those drums. He was an accomplished drummer prior to entering the florist business. His talent is incredible! Stay tuned for that opening date!

Human Nature – wow – is celebrating ten years on the Strip.  Its newest incarnation is going back to the original with Motown being the focus.  Motown, by the way, is celebrating its 60th anniversary!  Can you believe it? Smokey Robinson (a Motown giant) has endorsed Human Nature since 2009. Their newest format was unveiled on the Today Show to the delight of all who adore HN and the Motown sound!  I have seen their show many times and each time I walk away humming those tunes and feeling great.  This is not one of the extravaganza shows, but one you should not miss!  Get your tickets now. It will definitely be a sell out!

In New York, I was able to meet the writer of the Mary Wilson biography.  Mary Wilson and yours truly go back at least 50 years.  The relationship has always been – who is the bigger star? And, I’d say, true to form, I am, ma’am!  I am only kidding, darlings. No, I am not! Hahahahah! 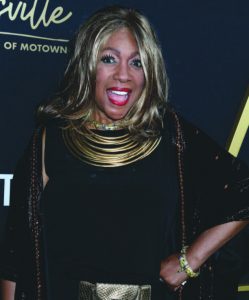 Mary and her Las Vegas hair stylist, my friend Jay Garcia, will both have new gigs. Good Morning America just  announced Mary Wilson will be on Dancing With the Stars! The ABC show resumes on Sept. 16. “Grandma’s cool!” was the reported reaction from her 11 grandchildren. Jay! Make her look good, I know you will!

Las Vegas is all about sports now!  Love those ladies of the wooden court. The Aces of the WNBA. They are simply terrific. I hear they will be featured on the Spectrum’s cover in October. I’m patiently awaiting the new season for the LV Golden Knights to open and then, one more year for the Raiders to enter their new arena/stadium.

The Aviators have brought baseball back to the masses as it gets harder to drive anywhere near Downtown Summerlin or to even park there.  I saw the crowds crossing Pavilion Centre Drive and walking to the stadium!  This never happened in the old Cashman Field. We are Vegas Strong in Sports now!

At the cinema, I have a new foreign film that is a must see, The Farewell!  It is in Chinese, but with English subtitles. The great Awakafina portrays a dramatic role unlike her usual comedy gigs.  It even received an “A” rating from the associated Press!!  That’s a biggie! We all loved her as the crazy friend in Crazy Rich Asians. This is a different turn for her, and is amazing in every aspect!  The story line/plot and theme is universal and you sit transfixed as it unfolds.  I will not give away the story in full nor the ending as I want you all, my readers, to go and see this Sundance funded film as soon as possible.

Naturally, The Lion King remake with real people this time, was fantastic!  We sat there and could not believe how far-reaching the subtleness of the ‘circle of life’ story takes us in and grinds us up and then gives us a feeling of total compassion and understanding.  Two great films to behold. Do not miss them!!!

With ZoZo in my lap – oh! how he missed his daddy while I was in NY! Sob, sob, sob … and now he will not leave my side again. Next trip, ZoZo comes along!

I am happy that we are approaching the end of the swelter season and look forward to a blast on the Labor Day Weekend!  What are your plans for that official end of summertime?  Me? Probably see a show, dine in a fine restaurant. stay with my pals and maybe, even try some bar-be-que!  Have a good one and a safe one!

Love to all my readers. I believe in all of you!

and ZoZo, the Wonder Dog

Travel Trivia and do you need a visa?

Elizabeth Warren has a plan for us and the economy