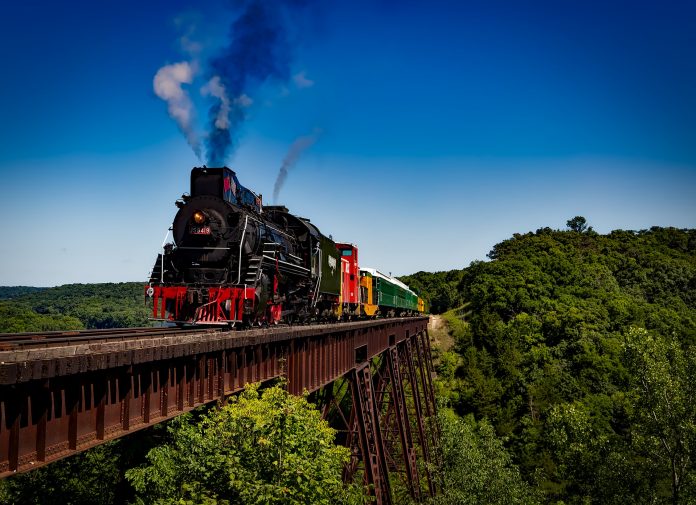 Are You ready to Double Down? J and J and P and P and P! June was Pride Month and I just returned from Portland Pride and showing my spouse where I was at the time of Stonewall. Hope many of you made it to a June Pride Month event! Yes, we brought Portland our Vegas sunshine. Portland and Oregon are truly the land of wine and roses.

Now, it’s time to call about your personal Golf and Grape Getaway to Hott Links in Cool Climates. Swoosh Up to Eugene or Medford on our own Allegiant Non-stops for Ashland Shakespeare Festival or Harry and David chocolate-covered giant blueberries and some cool days of Wine and Roses.

Do You still have Your Memorial Day Flag? The next “J” is July and celebrating the 4th. Follow in my footsteps to Philadelphia. I spent the summer of the Bi Centennial based in Philly to do the History of the Revolution. It is also a great center point to get Railroaded by Amtrak on the Acela high speed train. South to Baltimore for a RAVEN-ous good time dining on Old Bay and getting Poetic at the Baltimore Aquarium.

Locally, be sure to check OUT Denise Duarte’s Unraveling Threads at the West Sahara Library Gallery. The exhibit started while she was a grad student in Baltimore. Beyond to the ever-deepening swamplands of Washington DC to say hello to the Great Nevada Women in Congress and the Senate. Cross the Potomac to Mt. Vernon to see the Federal National Parks/Monuments official “hemp” fi eld now planted there. Did George only make rope?

Heading North of course, is New York and several famous and infamous towers. We at least can take Pride in the replacement for the “Twin Towers.” Also in NYC “P” is for Park as in Central and Summer Theater.

This Year the Shakespeare (if You missed Ashland or Cedar City/KNPR offered trips), there’s “Much Ado About Nothing” directed by “Bro” Kenny Leon of True Colors Theater, Atlanta. Check out Judith Light the winner of the Isabelle Stevenson Award and all the fabulous plays Up and Down Broadway. Yes, we can help get those hard to find theater seats. NYC in July is HOTT and HOT so a day at Fire Island and a Jump in the Atlantic can be Your Cool Escape.

Jump back on Acela and “track” Your way to Mystic Seaport and on to Boston and the Ultimate New England “P” Province Town. Few pools but lots of hott people. Yes there is a Ferry at the end of the Boston Freedom Trail taking You to P-Town. If You want time On the Water as well as beside or in several Cruise ships sail from Boston to Canada and the Maritimes ending in Montreal or Quebec or roundtrip. Yes in Vegas it’s Alaska. On the East Coast it’s the Maritimes and St. Lawrence Seaway. As of my deadline, some BOGO fares still remain for both Atlantic and Alaska. PS: the ships all have “P”ools and “Friends of Dorothy,” onboard, LGBTQIA+ groups.

With Pools being our July cover theme, here are a few hints as to the “Spectrum” of pools around the world. Amazingly the two largest are in unusual locations. 3000 feet long and 115 feet deep with 66 million gallons San Alfonso del Mar in Chile is Number One. Make it to Morocco for a second at 9.6 million gallons at Orthlieb. On Your way Chilean Wines warm and welcome You and a stop-over in Madrid or Barcelona. I have a list of over 30 destination pools. Two are Vegas connected. The Aquarium pool at the Golden Nugget makes the list. Not a marina and no sand, but 55 stories in the air with an infinity edge and a classic Vegas name, is the Marina Bay Sands hotel in Singapore. Ready to try it OUT? Join me in Singapore for a November Star Clipper Sailing Cruise to Phuket, beginning in Singapore.

Since we have a Taste for Travel join me also for Dine OUT for Life benefiting Golden Rainbow. Currently thinking of Wine at the Grape Vine.

Text me at 702-731-2114 or email at aanswertravel@msn.com
Your private personalized travel consultations.

A bloomin’ reason for spring travel