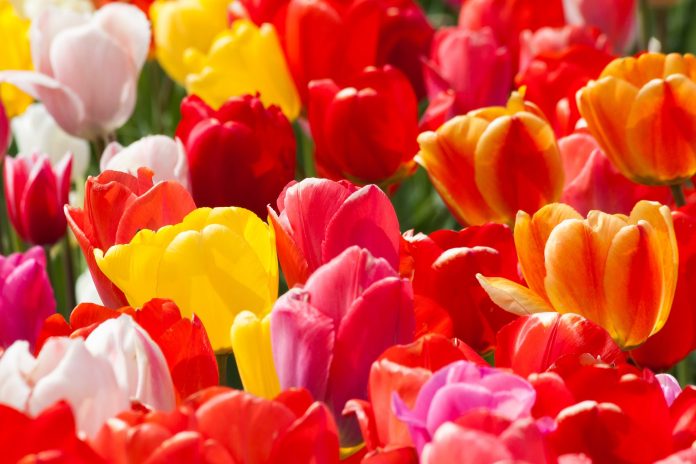 “April Showers bring May Flowers,” reminds me that our desert and city may be in full bloom soon, but it also reminds me April 27 is King’s (formerly Queen’s) Day in Amsterdam when LGBTQ party time in Europe “SPRINGS” into life. Of course, Bulb Bloom in Holland for the Gay Gardner an ultimate destination.

Closer to home, Holland, Michigan (yes next door to Sagatuck, is the Laguna Beach/ Key West/South Padre) is the party beach of the Great Lakes. If Texas Cowboy Two Step is Your thing, South Padre via McAllen Tx and Holland via South Bend or Grand Rapids are nonstop from Vegas on Allegiant.

While on the subject of flowers, many of us are gardeners and we just returned from the Santa Barbara Orchid Show. The thought of gardens and garden shows as an incentive for a vacation or trip brings to mind London and Chelsea Royal Garden Show in May. While there, show fans can take in the London West End Theaters. Better Yet how about the “real Kings/Queens” of England? Did You see Queen Anne and the lesbian aspect of the movie Favourites? Check it OUT. Then King James VI, yes of the bible, had several “gentleman” friends including an early Duke of Buckingham. London is nonstop from Vegas and a great gateway to the rest of Europe. With the Brexit “suspensions” affordability is great.

Back to bulbs blooming, Seattle is gateway to Pacific NW flower fields and Allegiant flies affordably to Bellingham. That’s easy access to Vancouver City and Victoria on Vancouver Island. Queen Elizabeth Conservatory in Vancouver and Butchart Gardens in Victoria are inspirations for and beyond the Bellagio here. Speaking of Bellagio as in Italy on Lake Como via Milan, the fashion capital of Italy, holds their pride June 15.

Cruise news for Spring is that several cruise lines are extending their itineraries in the Eastern Mediterranean, back to Greece, Turkey and Israel. Kusadasi, Turkey is the port for shore tours to several “St.Paul” Christian destinations. Istanbul, the meeting of East/Asia and West/Europe is Christian Orthodox and Muslim. I recently discovered that tours, similar to the “birthright tours” for young Jews, are similar ecumenical options. A unique one suggested by Jewish Voice for Peace is called Eye Witness Palestine. Also, “Road Scholars,” all of which are technically LGBTQ friendly. FYI Egypt is still a big question mark but a fascinating destination. I’ve had several Trans clients successfully visit Cairo, Alexandria, Aswan and the Red Sea beaches. Even the Arab Emirates via Costa and MSC cruises.

It is now 90 days or less to Pride/Stonewall’s 50th anniversary. If You want a hotel, air, Mister BnB, plan NOW! Allow some theater, museum or even a Hudson Valley tour time. We do Broadway show tickets and tours around Manhattan.

For a truly exotic experience Tokyo Pride is April 28. Great stop over coming back from your Star Clippers Sailing Cruise from Singapore to Phuket, Thailand for their Pride April 27. Celebrate the blooming of Spring and show your rainbow, from gardens, to palaces, to beaches to boats.

Celebrate Pride or climb the walls at sea