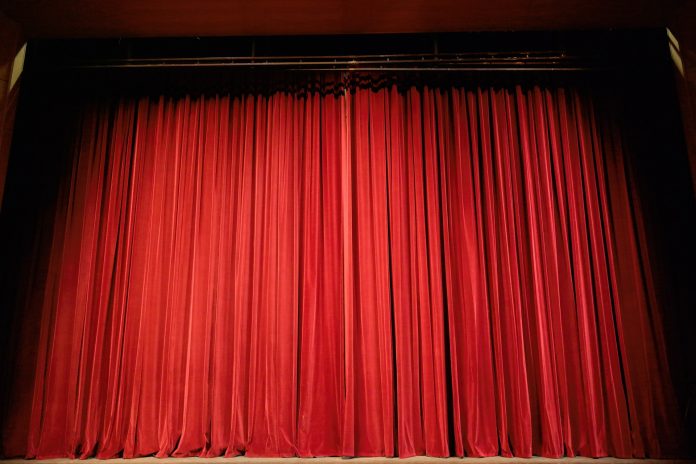 In the last two few weeks, I have been receiving so many press releases that I don’t know if what I am reading is true. So much hype is just that – and this columnist is going to attempt to separate the truth from the fake news.

My best friend, Criss Angel, is opening his brand-new show at Planet Hollywood’s Axis Theater, debuting on January 19, 2019. After a ten-year run at the Luxor, being part of the Cirque family, Criss is now in the evolution process of his own brand. I consider him, not only a great friend, but a humanitarian, and a consummate performer in the genre of illusion. Personally, I watched him change from a performing great to a master of his trade! For my readers, please, see this show, it will ‘freak out your mind.’There will be much more to come on this icon.

I was on the telephone with Gypsy, who is now 84 years young, and was working at Oscar’s in Palm Springs and has finally decided to retire. Gypsy and yours truly, go back 50 years, a half a century, with us collaborating on fi lm, records, television and live performances, and history of our lives in the past full of drama, histrionics and love affairs gone sour along the way. Years ago, we were two dueling divas, today, we are best friends.

If you have not seen The Bronx Wanderers at Bally’s Windows yet, please, get your tickets now, as they return from touring just reopened. They are formidable – they are incredible – they make you want to be on a street corner listening to a cappella voices harmonizing during the late 1950’s and early 60’s.

Menopause is a grand competitor for the longevity title still held by The Fantasticks. The voice of Belle from Beauty and The Beast (animated version from the 1990’s), Paige O’Hara, was the original in Las Vegas as the character of the soap opera queen in this madcap and slanted view of women going through their ‘changes.

I hope you all recall a great star named Mimi Hines, who started as Barbra Streisand’s replacement when the diva’s contract ran out. Ray Stark, the producer of Funny Girl, wanted only Mimi Hines for that coveted role. Over the years, Mimi has not lost that incredible vocal range. Her voice is still as pure as crystal and totally amazes one when they hear her sing. She was extremely helpful to me over the many years with teaching me how to use my vocal chords properly and sing from the diaphragm up and out. She is still glowing in our very own Las Vegas galaxy as a legendary local who loves life and yours truly. God Bless You, Mimi, you are spectacular!

Now, I wish to turn the column to another amazing entertainer, who headlined our Strip for thirty ‘straight’ years as Joan Rivers. First in Norman Aleman’s La Cage Aux Folles and then, in his own, Divas, at the Linq. Much has been said about him in recent months but the facts in the case show he is the victim. The whole thing boiled down to about $50 per week that was being stolen from Frank. Since state taxes weren’t being paid on the pilfered money, state taxation and the Gaming Control Board got involved. Thanks for clearing my dear friend Frank but it’s a little late for the show kids who were put out of a job.

Many years ago, I was a headliner at Caesar’s Palace (1968) I was a drama queen, a diva before that term was coined, and there were no fl amboyant controversial performers ready to let it all hang out. I had the balls and nerve to be myself onstage. Wow! Remember dear readers, it was not a corporate town nor gay-friendly one in that era. I survived because I was able to overcome it all. I went on to become a disco movie star, recording artist with two platinum albums, and still wore my boas and chiff on.

To my friend Frank: The social “media” had its day and now you must push it aside and come back stronger than ever. We need you and your extraordinary talent back here in Las Vegas. I know you’ve got big plans and the show must go on. Soon, we’ll all be there to welcome you back and cheer you on!

To all the royals out there, who keep trying to question why Monti Rock III, is the indisputable gossip queen, the answer lies in the very cement that I have poured, stamped on, stepped on, and ran on. I am a strong queen. After 41 years of unconditional love, I lost my husband and partner in life, two and a half years ago. I was traumatized and in shock. I could not accept the fact that this had happened, but what was my choice? Could I forever be a whimpering, sad, pathetic Pearl? Not on your life! It took my great friends to steer me through it and I did it.

I kept on surviving and in this past December, I held court as Disco-Tex, the Disco King, at a sold-out Saturday Night Fever reunion show. So, strength, inner strength, is where people must find their steel spines to go on because no one can do it for you, only you can resolve your life and make it re-happen again.

This column will be the opening door for my readers to know what is best in town, what gives me a thrill in the showrooms, what gossip is real and what is hype, and fi nally, make you all dedicated readers and always see the joie de vivre and enjoy our fabulous city of Las Vegas.

With love and appreciation, Monti Rock III and his Wonder Dog, ZoZo

Editor’s note: Who is Monti Rock? The best explanation was given by Rick Lax in the Las Vegas Sun nearly ten years ago. “It’s easier to say what he’s done. Monti Rock (born Joseph Montanez Jr., in 1942) sold 7 million disco albums, appeared on The Tonight Show Starring Johnn Carson 84 times, and had a role in Saturday Night Fever.”