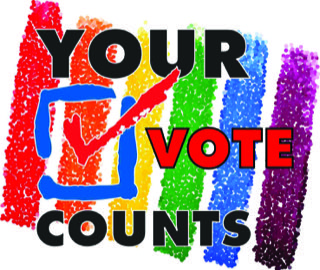 It will be a presidential election like no other this November, and that’s not even factoring in the matchup between President Donald Trump and former Vice President Joe Biden.

For the first time in a general election, every registered voter will receive a ballot at home that they can mail in or drop off in person to various locations across the valley. That was approved by the Nevada Legislature for use during times of emergency. Republican legal action to halt mail-in voting, which is done across the country without fraud, is not expected to succeed.

The biggest concern is people who chose to vote by mail getting their ballots postmarked by election day Nov. 3 and received by election officials Nov. 10. Nevada has joined a multistate lawsuit to challenge changes in the U.S. Postal Service that has slowed delivery times amid comments from President Trump that he wants to make it harder to vote by mail.

Clark County has reduced the number of in-person voting sites on Election Day from 159 to 125 because of the difficulty of recruiting workers concerns about the pandemic. For more information, clarkcountynv.gov/government/departments/ elections/index.php.

There will be 35 in-person voting sites with voting running between Oct. 17 and 30.

Oct. 6 is the last day to register or update registration by mail or in person and do so online the rest of October at registertovotenv.gov after that (but Oct. 15 to get a mailed ballot). There’s registration at early voting sites and election day as well to cast provisional ballots.

Nevada State Sen. David Parks, D-Las Vegas, said there are a lot of unanswered questions about the removal of mail sorting machines and what impact that will have on ballots getting processed in time.

“Our best solution,” Parks said, “is to vote early and get your ballots mailed early. Don’t wait until the deadline. Give your ballot an extra week or ten days to make sure it arrives and is counted.”

Zamora said with the passage of Assembly Bill 4 that authorized mail-in voting has set the stage “for the most effective election that we could possibly have.” She added, however, there’s a “massive amount of concern” at the same time.

“We don’t have complete control of the Postal Service, and the current president has been creating this horrific narrative of vote by mail although he and his family members use it,” Zamora said.

Magnus and Zamora said they’re encouraging people to send in their ballots as quickly as possible rather than wait just before Nov. 3. For those who want to vote in person, they said people should vote early instead of getting caught in lines on election day since there are fewer polling locations.

“We’re excited about the election, but we have to be vigilant,” Magnus said. “Nevada is going in the right direction in terms of our voting process.”

Zamora said in 2018 some 9 percent of Nevadans voted by mail, and there’s a learning curve to follow the correct process, which will be outlined in Clark County mailings to them.

“The thing we saw in the primary election is that there are questions about how to fill out the mail-in ballot,” Magnus said. “People need to make sure they sign it, and sign it in the correct spot and the envelope is put together correctly. This is an important experiment of whether Nevadans like to vote by mail and whether we can continue this hybrid model. This may be the future in Nevada so we need to do this right and educate people correctly. If we can keep this process going forward, that would be a huge win. President Trump is so mad because we made our process easier and much more accessible. That’s not what
we want to see.”

Zamora said Clark County will be doing a series of three mailings ⸻ the sample ballot, instructions for mail-in voting and where to vote in person, and then the ballot itself.

“The Postal Service has said they’re not going to stop the process for processing mail, but I don’t know how much I believe that,” Magnus said. “Mail your ballot back sooner and if you don’t feel comfortable, drop it off at one of the many locations around town. If you don’t trust that process and want to vote in person, vote early because you don’t want to wait in line all day on election day.”

Zamora said they don’t agree with the reduction in election day voting centers but understand the reasons behind it. People waited four to eight hours in the June primary, she said. The 35 early vote sites should be sufficient, she said.

For those who do vote on election day, they don’t have to go to a designated precinct like they did in the past.

“We’re in the election of our lifetime, and we desperately need people to vote,” Magnus said. “But we also don’t want people getting COVID and see what happened in Wisconsin (in the primary with no mail-in voting and sparking coronavirus cases).”