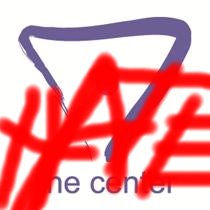 After a false start, Equity California is back in Nevada, now known as Battle Born Equality. It’s a grassroots organization with the goal of achieving and maintaining full and lasting equality, acceptance and social justice for all in our diverse LGBTQ community. They include direct healthcare service advocacy and education.

They strive to create a broad and diverse alliance of LGBTQ people, educators, government officials, communities of color and faith labor, business and social justice communities to achieve their goals.

The Las Vegas Queer Arts Film Festival, is an annual festival that features films and works created by members of the LGBTQ+ community. The event will be held Nov. 8-10, with the opening night taking place at The Center, 401 S Maryland Parkway. The festival was created to provide local queer-identifying artists and filmmakers an opportunity to meet working professionals in the local film industry, forming a stronger unity between the two communities. Thus, this opening night consists of a local’s social mixer from 7-9 p.m. in the front lobby of The Center and continues with LVQA’s Annual Ball from 9-11 p.m. The ball will be held in the events hall at The Center and is designed to encourage locals to showcase their creativity and artistry, while also highlighting a staple of queer culture.

The weekend continues with film screenings occurring at Regal Colonnade at 8880 S. Eastern Ave. on Nov. 9-10. The films vary in theme and genre, but are all works created with queer-identifying filmmakers featured in prominent roles of the production. The screenings will present a mix of full-length independent features and short film blocks that are available to view for local audiences for this one weekend only. Full programming for the festival is anticipated to be completed in October with tickets on sale soon after. Any questions can be directed to info@lvqueerarts.com. Further updates can be found on the festival’s Facebook, Instagram @lvqueerarts, or on their website lvqueerarts.com.

The Center gets more hate

A few months, ago someone tried to burn down the Stonewall 50th anniversary banner on the front of The Center at 401 S. Maryland Parkway. They succeeded in damaging a palm tree. As of deadline, no one has been arrested for the arson. But The Center did get a good photo of the suspect, and Spectrum is running it again here in our briefs. The Las Vegas Fire Department ruled it as arson.

In the early morning hours of Sept. 4, another individual spray painted “Fag” across the front door of The Center. From reviewing the security video, The Center and police have determined the vandal is not the same person. Again, no arrests have been made.

Spilling the Tea: Time with Aces

On the Road: Talking with Mama’s Black Sheep