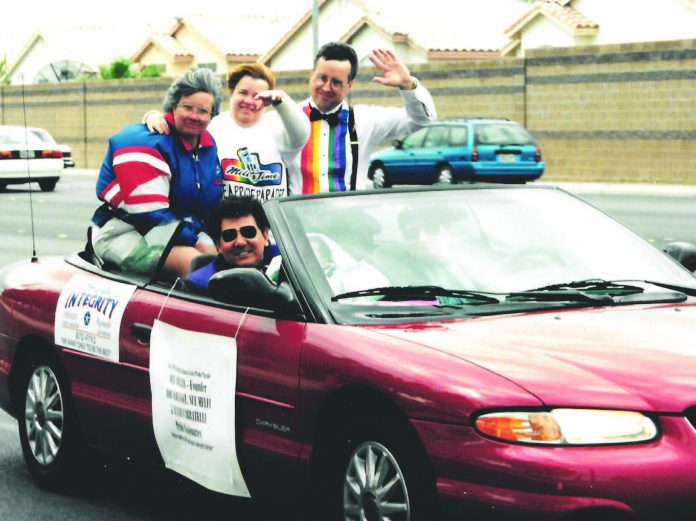 From the photo library of Cyntha Hall

The Las Vegas PRIDE was founded in 1983 by Will Collins and Christie Young, an ally. It was sponsored by the Gay Academic Union at UNLV, MCC Church and the Nevadans for Human Rights

That year it was called the Human Rights Seminar and was held on the university campus. About 50 people attended. Later it became known as Lambda Pride Association and was usually held at Sunset Park with Collins and Rob Schlegel providing the funds. 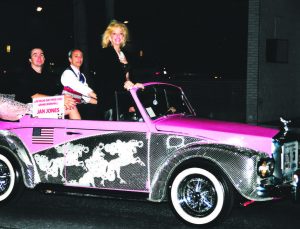 In 2003 former Las Vegas Mayor, Jan Jones, was at the head of the parade. 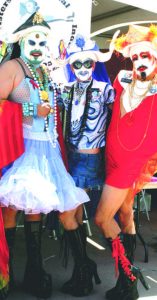 The Sin Sity Sisters kick up their heels in a 2008 PRIDE event. 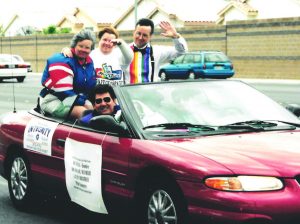 the original PRIDE founders: Sue Caratelli, Sue Melfi , Rob Schlegel and Will Collins
take the front seat at a 1998 event. 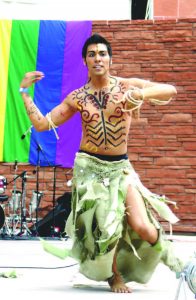 An unidentified entertainer performs at In 2008, the 2008 Las Vegas PRIDE Festival. 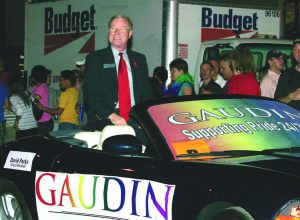 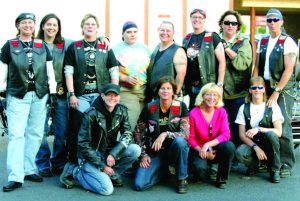 The Dykes on Bikes made an appearance in 2008.