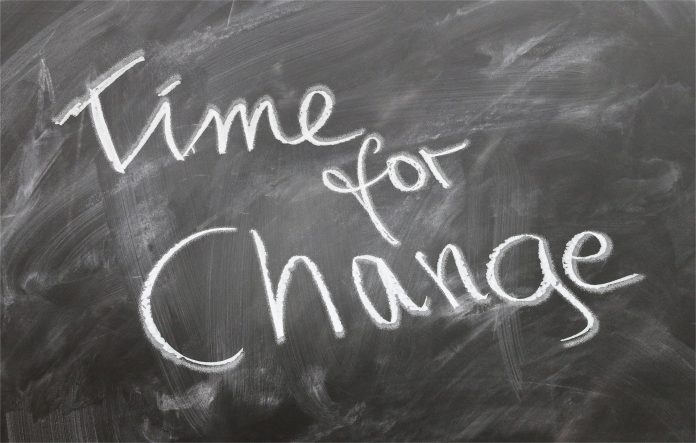 Our July editorial will be a wrap-up of a lot of short issues.

The Modern World
As you can see from this issue, we are carrying a new comic, The Modern World by Tom Tomorrow. It’s actually drawn and written by Dan Perkins, a Pulitzer Prize-nominated cartoonist, and in past years, has appeared in local, alternative newspapers, such as City Life. We’re considering bringing it back but it’ll depend on reader’s interest and reactions. Meanwhile, enjoy.

Spectrum Forums at Center
Last month, the Spectrum did a Stonewall Forum at The Center. It wasn’t a big event and we had just over 40 persons attend. The positive response was encouraging and we’re looking to do more of these in the future. We have a tentative one lined up, where we interview Frank Marino and his life partner, Alex Schechter. We’re also considering a panel discussion with several, key Nevada State Legislators. While the June Stonewall Forum wasn’t meant to be a fundraiser event, those attending were generous enough to donate $1,200 to The Center for use of the space. Thank you to all.

Our plan for $15/hour
Last month, we outlined a plan for Clark County and local municipal governments to make three, major social justice changes in Southern Nevada. Those included mandating that all businesses that are vendors with local governments, be required to pay a minimum wage of $15 per hour.

We also explained how those same elected officials could mandate that the Clark County Detention Center, the cities of Las Vegas, Henderson and outlying, rural towns, mandate that their jails stop all cooperation with ICE. It’s a rather simple solution and something our local, elected officials can do now, and not have to wait nearly two years for the Nevada Legislature to reconvene.

The Legislature had their chance, and while increasing minimum wages to $12, over time, they left 500,000 Nevadans without a living wage. They also chose to ignore what Metro Police and the cities of Las Vegas and Henderson jails are doing.

As part of getting word out about that plan, we send the Spectrum to most elected officials from Southern Nevada. Can you believe an elected offi cial from an outlying town asked us not to send her copies? You can bet, we’ll be paying special attention to that race in the future.

Our new data base
That’s the point about our new data base, created from same-gender marriage licenses. The LGBTQIA+ community has had to fight for every scrap since Stonewall. Our new data base, when complete, should exceed 18,000 names. By mobilizing and energizing our community, we can change the political landscape.

While the Spectrum is still processing this data base, even though we’ve increased our pressrun to over 10,000 copies, we’re still only able to mail copies to a portion of those names. As our advertising income increases, so will our distribution and so will our political clout.

It’s time to subscribe To that end, we will be asking (not demanding) those who can afford to buy a subscription, to do so. We have been offering free, mailed subscriptions to all who ask. While we’ll still make that available, if for no other reason than to insure we gather names from the whole, broad sprectrum of the LGBTQIA+ community (and not just the married LG folks), we are asking our readers to pay something, if they are able.

LGBTQIA+ – Yes, you read that correctly. Lesbian, Gay, Bisexual, Tansgender, Queer (or Questioning), Intersex, and Asexual (or Allies). It’s awkward and diffi cult to say, and we’re not going to use all 18-25 syllables every time. This is an eff ort to acknowledge our community’s diversity and be inclusive. It was only in recent years that we found “Gay” wasn’t inclusive enough, so we changed to LGBT and later we added “Q,” thinking that would solve everything. Welcome to change! We’ll adapt now, and adapt again when needed.

Health Insurance
Here are some items on the national front, which we need to pay watch carefully. In fact, had our community (nationwide) been paying attention, not gotten discouraged and had been voting regularly, most of these things wouldn’t have been a concern.

There is talk from the Trump administration of doing away with employer paid healthcare and substituting Healthcare Reimbursement Accounts (HRAs). This means your employer could cancel their group plan and give you (limited) money to go buy a plan on the open market. That’s a disaster waiting to happen, especially in the LGBTQIA+ community, where many would face sky-high premiums because of being in a high risk pool – whether they actually have HIV, other pre-existing conditions or not.

If you’ve ever had an individual plan, purchased on the open market, you’ll recall sky-high premiums and plans that had horrible coverage. The whole idea of health insurance is to spread the risk.

Rape and Sexual Assault
Just before the Oct. 9, 2016 presidential debate, then candidate Donald Trump, introduced four women, all of whom had previously accused former President Bill Clinton of criminal sexual assault. While they had gone public, none had fi led police reports. Trump demanded they be heard and believed.

The Donald used these women and their charges to take attention away from the Access Hollywood tape, which had just made its appearance. He called one of the women, Juanita Broaddrick, “courageous” for coming forward, even though it was two decades after the event. It didn’t matter none had never gone to the police (nor should it matter). It didn’t matter that Broaddrick had denied several times, at least once under oath, that Clinton had assaulted her.

Since that campaign event in 2016, over a dozen women have made similar charges against Donald Trump. Some are even suing him in court. It didn’t and doesn’t seem to matter to his supporters. Now, another woman has come forward, making even more serious allegations against Trump. Former advice columnist and talk show host, E. Jean Carroll has claimed Donald Trump raped her. Not only has she given the approximate timing of the event, she told two friends about it contemporaneously and even has the dress, shoes and stockings (tights) she was wearing when it happened.

The response from Mr. Trump is denial and to label it, “fake news,” and says Carroll is only trying to sell a book. The lack of security camera footage all these years later, he claims, is “proof it didn’t happen.”

Republicans or conservatives who promoted Broaddrick’s charges against Clinton, will be hypocritical when they fail to champion Carroll and condemn Trump. What’s new?