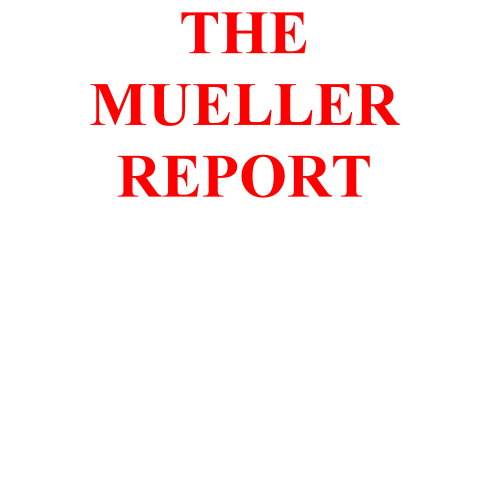 Here’s what I’ve been told I must write about: Kelvin Atkinson, the Mueller Report, Michael Jackson, the minimum wage, sick leave and positive things about The Center. A few of you have even asked how the new Spectrum is doing. We’ll start with the easy one,

The Mueller Report
While many Democrats and many registered as non-partisan have been pinning their hopes on impeachment of Donald Trump, based on the Mueller Report, it was unrealistic. The report was about Russian interference in our election and little else. While the investigation did fi nd dozens of other crimes committed, not having read it since I’m writing this on Saturday, March 23, it may or may not be the proverbial smoking gun on Trump.

Like any “good” mob boss, Trump communicates with inuendo, always being careful not to get caught on phone calls, emails and the like. I predict Trump will be taken down, eventually, just like the bosses were, on financial crimes.

Give the Dems time to do some serious investigative work in the House. If it takes awhile, so be it. It’ll be easier to run against Trump in 2020 than against Pence. As much as it pains me, I have one word for my pro-impeachment friends. Chill.

Kelvin Atkinson
He did it. He got caught, pleaded guilty and resigned. Thank you for not dragging it on forever. Thank you for not being Trump. While we are not personal friends, I wish you the best in life after the penalty phase and hope, eventually, you’ll make us proud.

Two tongue-in-cheek remarks which made the rounds of social media, probably describe best how I feel.

Another addresses the calls to boycott Michael Jackson’s music, MJ impersonators and the like. The reader is asked, “You’re boycotting Michael Jackson but you’re Catholic, so why are you still going to church?” You can insert most any brand of religion in place of “Catholic.”

If you like MJ’s music, it doesn’t make you a bad person. We don’t need to embrace MJ’s alleged bad behaviors but we can still enjoy the amazing art that came from his tortured mind.

Is there redemption?
The Michael Jackson issues brings me to the question of redemption.

If a famous producer makes award winning movies which we love to watch, and later we find he (usually a “he”) assaulted women, how does that affect his movies? Can he, the person, be redeemed? The same with a pedophile. People have committed other crimes, many described as “heinous,” yet once they serve their prison time, and if properly rehabilitated, have gone on to lead productive lives. Is pedophilia where we stop? Do we reject our own parents for their imperfections? Our teachers? Our mentors? MJ’s children and mother and family?

We can’t redeem someone who is dead. We can embrace and help those who they injured. Something or someone caused his pedophilia. It’s been alleged, and rather obvious to clinicians, that MJ was a victim at a young age and was simply repeating learned behavior, perhaps taking it to the extreme because he had the money and star power.

The key to the MJ story, is “rehabilitation.” It’s a lesson we need to learn, going forward. This applies not only to pedophiles but can be applied to most perpetrators of abusive behaviors. Our impulse is to simply imprison the off ender into an abusive and inhuman facility. We wonder why, when they’re released, most go back to off ending.

Therapy by example
Our prisons must show people the right way to treat others, and that begins with how we treat prisoners. It includes education. It includes qualified, behavioral health care. We must insure our prisons, and even substance abuse recovery facilities, offer intensive, professional, mental health therapy. Without that, we are only delaying relapse and not addressing the cause. While “peer therapy,” may have its place in 12-step meetings, we need professionals that can treat both the abuse (of any kind) and the mental health issues. It must be a two-step approach and is called co-occurring disorders or dual diagnosis.

If we fail to treat those we imprison with simple, human dignity, fail to show they matter as persons, fail to address the issues which caused them to abuse and act “unnaturally,” then we can’t act surprised when upon release, they reoffend.

Many argue, once a pedophile, always a pedophile. Treatment options are limited, many barbaric. I would argue, that like substance abuse, if you find and treat the trauma/abuse in their life, you have a chance of healing them, thus breaking the victim/off ender chain. If MJ’s family had sought help when he was a young child – because you know someone knew something was wrong – then perhaps this would never have happened. It’s not too late for Michael’s children and the dozens(?) hundreds(?) of children he may have abused.

The Center
In last month’s editorial, I outlined a method, which if adopted by enough in the LGBTQ community, The Center would have solid financials. I suggested several thousand of us simply fund The Center via small, automatic credit or debit card payments, each and every month.

I’m guessing there are at least a few Spectrum readers who planned to do that but forgot. If so, visit https://thecenterlv. org/donate/ and make your donation. I don’t care if it’s $5 or $1,000, but please make it monthly and you’ll be part of solution for this wonderful organization.

As Gov. Sisolak stated during an address, “It’s impossible for an individual, let alone a family, to live on $7.25 an hour.”

We suggest legislators tie their own pay to the minimum wage. They are paid $8,777 for the first 60 days of the legislature but no pay for the next 60 days. Our state is now over 3 million people, not the few thousand the was founded in 1864.

Times change. We need more than a part-time, bicameral legislature. Legislators need to be paid a living wage. If not, we’re limiting ourselves as to who can serve.

Likewise, let’s use some common sense on sick leave. The cost of a sick person going to work and infecting everyone is callous and unconscionable.

How is the Spectrum?

There are a few things I hear about or get asked regularly regarding the Las Vegas Spectrum. In the course of producing a magazine, we find or make several hundred errors per issue. Some are in copy or press material sent to us, but we make most ourselves. We also correct 99.5% of them, so you might never know, had I not just told you.

I won’t claim we intentionally let “erors” slip by just for the attention, but it can really get some people rattled. Keep those dreadful letters coming! They’re good at keeping our self-esteem in check.

On a serious note, we are offering free subscriptions, delivered via mail, to self-identified LGBTQ and allies in Southern Nevada. Sure, it’s a bit costly to mail 3,400 copies but potential advertisers love it. Were it not cost effective, we wouldn’t make the offer.

We don’t expect your money
We’re not stupid, so we do give you the ability to make a donation towards our costs. We don’t expect it, and we’re not going to hound you to death to make a voluntary donation. If you don’t get the Spectrum via US Mail, and you like the magazine or know someone else who would, please use our website to sign up for a free subscription. It’s easy. Visit LasVegasSpectrum.com/subscriptions

If you like the magazine, help us by getting a few of your friends to sign up. Thousands of free subscriptions are of more value to us that a few hundred paid .

Help us donate to The Center
For the next 500, unduplicated, Southern Nevadans who subscribe via our website, we’ll donate $2 for each to The Center.

If you have a dozen friends and you get each of them to sign up, we’ll donate $24 to The Center. If you have a mailing list of friends who you know to be LGBTQ, ask them to join and if 100 follow your suggestion, we’ll give The Center $200. You can even share our LasVegasSpectrum.com/subscriptions link via email or social media.

So, the final question, “how’s the Spectrum doing?” Fine! Thank you very much. We would like your business to advertise, but our bills are paid. Most importantly, we have some wonderfully talented people working on this project. Read the magazine, then check the masthead and you’ll have a new respect for women (thanks Lyn, Tonya, Sheila, Cyntha, all the others, even the guys!).

Who I’m voting for and why; readers stand up for their...

As We See It: Thanks, Steve Sisolak; and remembering one...