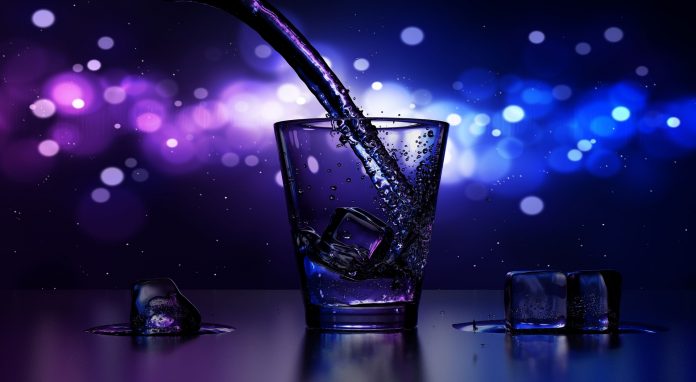 Hello March, were did you go…? April showers brings May fl owers! Have you seen the super bloom in the California desert? Looks like a Sunday afternoon tea dance all pretty and lots of f a b u l o u s colors. National Transgender Day is Nov. 20 (TDoR). It is a day to memorialize those Transgender who have been murdered as a result of transphobia. Our country will now start to remove armed service members because of their gender identity. Shame on America!

March was fi lled with so many shows and special events. A big shout out to the Sin Sity Sisters for their very successful Red Dress party. At the conclusion of their event, many came to the Spotlight for cocktails and to sing songs. Of course, everyone, straight or gay, were all in their red dresses and spent many minutes looking at pictures on their smart phones. They were all laughing and talking about what a great night it was and how wearing a dress wasn’t that bad.

Looks like Las Vegas Spectrum is doing a Drag Contest. Make sure you go online LasVegasSpectrum.com/ contest and get signed up. You defi – nitely don’t want to miss me giving shade and drinking all the booze. It’s complicated, but Sin Sity Sister Maria Isabella Victoria Cade, had already laid claim to the title, “Queen of Spectrum,” so she’ll be handing off the title to the winner of the contest. How complicated, you ask? Sister Maria is one of the publisher’s ex’s but says she’s the most beautiful.

Hopefully you are already signed up for AFAN’s Las Vegas Aids Walk, which is Sunday, April 7. Penn and Teller are matching money again this year, so make sure you sign up for their match.

Another shout out to Scott Ramer, GM at Findlay Honda. On Nevada’s Big Give Day, he and his husband (John Saska, GM of Findlay Cadillac) matched many of the donations to The Center. Scott’s been increadibly busy, as he serves on The Center’s board as treasurer.

Just got back from London for the Tina Turner Musical. Ran into none other than Larry Edwards! Okay, okay, I was doing Karaoke at the Spotlight and I just heard that Larry was visiting with Tina. Lucky bitch! Then I checked and found the trip was last year. Give me the gossip, but come on girls, get your dates right. You almost made me look bad! Currently, Larry has been busy. He just fi nished a run with Pia Zadora and I’ve been getting reports about Larry getting (redacted by editor) at Gay Mardi Gras in Sydney.

April 5-7, The Garage is celebrating eight, freakin’ fabulous years in business. Thank you Guy and Robert for keeping a great place opened and for providing many jobs for a lot of Vegas’ gay citizens. Not only do Guy and Robert off er a great entertainment experience, but they off er their staff health insurance and other benefi ts. Now, if they could just hook their staff up with a decent real estate agent … (that’s an inside joke).

March 19, the boys at QuadZ threw a party to celebrate fi ve years. I didn’t have an invitation, but a few words of fl attery to the doorman, plus a threat to spill his personal information in this column, got me quick admittance. Of course, if I mention that the most gorgeous bartender in town is Michael (husband of the darling Anthony DiCoco), I might get a 2-for-1 drink during their next happy-hour. Who says this column doesn’t give me clout?

Have you seen the Spectrum’s Facebook posts? Usually when Lucas, the Spectrum marketing guy (talk about nepotism!) is out delivering, he takes photos in all the bars. You can go to FB LV Spectrum, fi nd and share your photos. You can also upload your own … just be holding or fake reading the magazine, snap a selfi e and send to their Facebook site. Fake reading? Yeah, we know half you queens keep trying to swipe left or swipe right on the printed photos. Have another cocktail and it might work!

Frank Marino is doing his quarterly brunch at DW Bistro again on Sunday, May 5 (Cinco de Mayo) and has surprise performances for the event with guys doing Selena, Gloria Estefan and a few longtime favorites from the Divas Las Vegas show that was on the strip for almost 35 years.

Back then, the show was known as LaCage and Frank was working with the fabulous Jimmy Emerson Speaking of Jimmy, he’s headed back to Laughlin with his UnBOYlievable show. I’m guessing he’ll be at the Riverside, one of my favorite hotels on the Colorado. The Tropicana was purchased by the people who now own the Stratospher and Arizona Charlies. They’re not too interested in having a “gay show,” so their loss.

If you missed Jimmy at Badlands (Frank fi lled in one Friday), it was ‘cause he spent eight weeks in Palm Springs, fi lling in for Tommi Rose and his Playgirls show at Toucans Tiki Lounge. He’s back at Badlands ̶ and we understand the new owners have big plans for that place. Oink! Oink! To my fans over at Fun Hog. Lucas loves going over there to take Spectrum FB photos. I’ve heard rumors they don’t want him back until he can at least fi t into a medium-sized t-shirt. Pat, the lovely bartender/model from last month’s Fun Hog ad, assured me that all sizes are welcome. Don’t worry Lucas, just go do your job – then come over to the Spotlight and sing Karaoke with me.

Went to Flex the other afternoon to sample everything having to do with vodka. Sean was behind the bar, and not only is he a hottie, but he’s a creative mixologist. If he only knew the things I was doing to him (well, in my dirty ole queen head). Sorry he missed out on the fun. I did run into two of my favorite people, Wade and Patrick. Hadn’t seen them since gays replaced beepers with smartphones. Have you every stayed to watch some of their fabulous shows? Love my Ginger. She always has a smart ass come back. And of course, her show is the fi rst Friday of each Month. Dragaoke is with Ms Vivian on Wednesday and Stephanie on Thursday. Hard to keep track of all their events. Maybe they should make a list, but hey, I don’t sell ads.

The staff at Flex are hot, hot, hot and very friendly (Todd, Ky, Justin, Regan, Aaron-my ex husband, Sean and who is this Surfer Dave?). I need to drink on his shift and catch a wave or two.

I’d like to thank the boys at Entourage for always taking care of Kitty Litter. Sometimes after a long night walking the streets of Vegas, my feet hurt, so a little Jacuzi time and a swim in the new heated lap pool is just the deal for this old tried pussy. I need to talk to Chris about their alley. Can’t see a dam thing. A lady can get lost in those dark places.

Now, if the folks over at Chic-fi l-A read (and understood) what I just wrote, they would be grabbing their bibles and cursing me. That’s not the reason you don’t want to eat there, this is:

The 2017 tax fi lings, just released by the Chic-fi l-A Foundation, shows they donated $1.8 million to three groups with anti-LGBTQ policies, continuing the fast food giant’s long tradition of anti-queer giving, despite their claims of no political or social agenda.

They donated $1,653,416 to the Fellowship of Christian Athletes, $6,000 to the Paul Anderson Youth Home and $150,000 to the Salvation Army, which is slightly more than donated in 2016, despite claiming to reform. Reminds me of the guy at the bar, downing a few shots before going to his 12-step program. The boycott must continue!

There is so much going on in this town please keep the texts and email coming. There were a couple tips I couldn’t use this month, since I would have been implicated. Some of you queens are just nasty pigs. Others are just haters. Lawdee – I love you all.

Q&A: Talking with Michele Rothstein, owner of Balloons With a Twist,...