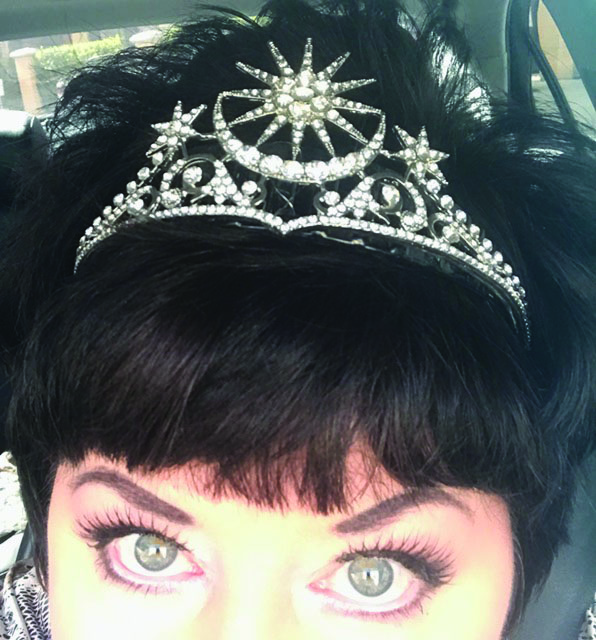 July 7, 2007 (777) inspired me to write a book called “The Seventh Wish” under the pen name, Toby O’Day. It’s a story about a boy, leprechauns and a magical horseshoe. It took me three years to write it and I published it as an ebook in 2010. It’s a fast-paced read in genre of “The Princess Bride,” “Harry Potter” and “The Wizard of Oz.”

In 2015, another (more famous author) published a book called “The Seventh Wish.”

Prior to the other title being published, my family adventure book had an average rating of 4.7 stars on Goodreads.com and a few other sites. Not bad for my fi rst story! Within months of the other author publishing her story, the rating on my story fell down to 3.5 stars on various internet review sites. Shortly thereafter, her team effectively buried my story on the internet. To make matters even more frustrating, searching for the exact title of the book on Amazon was also difficult. My book did not appear next to hers, mine was No. 14 at the bottom of the page. The only bright point was that the reviews on Amazon.com (once one could find it) were close to 5 stars.

For about a year, I gave up on the book. I resolved that it was just a project I did in my life once that occupied my time in a productive way. I was depressed about the fact that something I had put so much work into could so easily be dismissed by the “Universe.” My bruised ego reminded me that just because we “do” something, doesn’t mean that the spotlight automatically falls on that accomplishment. We don’t all get to be the Kardashians and have anything we do or promote automatically sell millions. (Or, I would have already sold 2 million apps, right?)

Inspiration had not deserted me! I was working with my friend, Debbie Donaldson, on the launch of her guidebook, “Superpowers Activated” last year. She casually mentioned that she really enjoyed my story about the leprechauns. She further added, “Ya know, it’s not really a children’s book.”

She liked it. She really liked it! And, she’s right, it’s not really a children’s book.

The next morning, I’m in the shower and I’m thinking about what Debbie said, and ZING, there it was! Change the title of the book to “The Selfish Wish!”

DUH! Oh, my Goddess! That’s it! So there I am, damp and towel-draped, checking the website where I buy domains (because, Domain Slut alert, I have like 50 of them) and “The Selfish Wish” WAS available! (I also have “The Seventh Wish” as a domain, but that didn’t seem to make too much of a difference on the internet search for my book.)

Ok Mona, be your most persuasive when you call Amazon. My Inner Goddess told me that they will totally understand what’s happened and will allow you to change the title of the book AND allow you to KEEP the original reviews on the changed title. I called, got to speak with a real, live person and viola! YES, I could change the title and keep the reviews! So YAY!

I was so energized now. I discovered that I could now have the book printed through Amazon.com. I had it edited “one more time” and did the tedious work of formatting it. Lastly, I “owned up” to the fact that I, M.V. Joseph, wrote the book. “The Selfish Wish” by M.V. Joseph is available for download and as a paperback on Amazon.com. or at theselfishwish.com.

Awareness is ALL! Debbie simply casually mentioned something encouraging about my book. It was then in my radar; and then I acted. I’m sure she had no idea that I am forever grateful for her kind words on that day. Adversity fails in the vibration and action of love. “

Have faith in the truth of your heart,” said Erin the Wise One.

You are WAY more powerful that you even realize. In the spirit of Magic, Leprechauns, and the Wearin’ o the Green, pay attention to the love, energy and abundance that is always available to you.

Mona Van Joseph is a professional Las Vegas intuitive and a contributor to HolisticVegas.com. Her website is mona.vegas. Her app, Dice Wisdom is available for iPhone & Android.