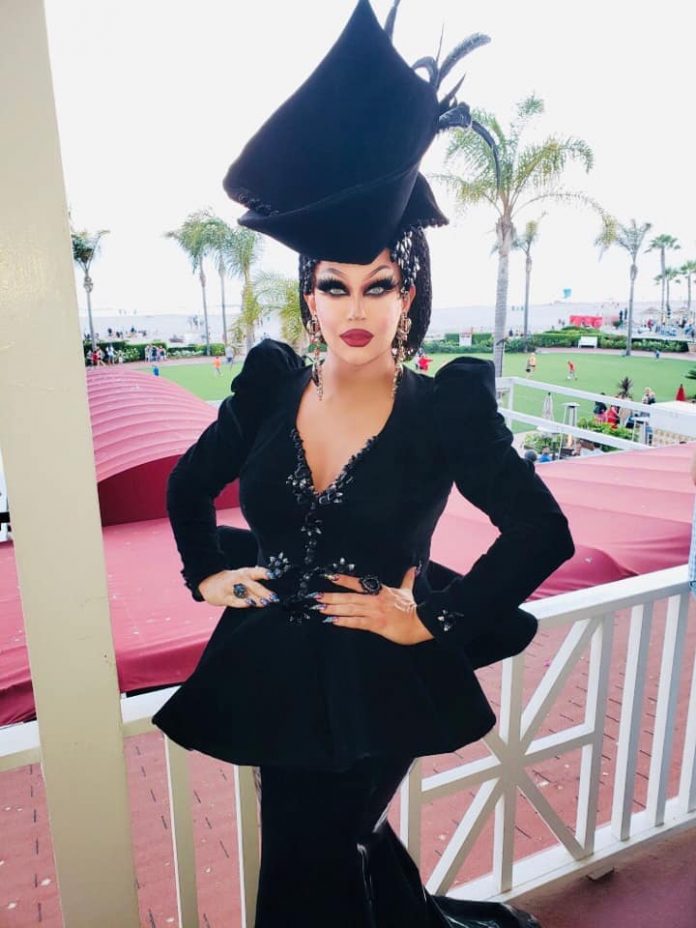 Bryan Watkins, 39 performs as “Shannel” at local nightclubs at at Señor Frog’s in Treasure Island on the Las Vegas Strip. He has appeared in RuPaul’s Drag Race Season and RuPaul’s Drag Race: Allstars Season 1.

He was born and raised in California, moved to Las Vegas at 21. He has traveled the world, lived in Seattle, Washington, and Long Beach, California, for years before moving back to Las Vegas in 2016.

When was the first time you performed drag? How old were you. Where did you perform?
The first time I was ever in drag, I was in a Halloween contest that RuPaul was judging in California. I had to have been almost 15 at the time. I went as Cher, and I won the contest. I was approached by a show director and was asked to come perform at an Orange County nightclub (which is no longer there, sadly) and with my parents’ permission, he would pick me up and drop me off from the gig every week. I thought nothing of it. It was fun and fabulous and it really immersed me in the drag culture early on.

We hear your mom was your biggest fan. Can you tell us a story?
She was my biggest fan of all time and supported me in any direction I was going. I had my show here in Las Vegas at Gipsy Nightclub for 10 years, and she was in the audience every time. She only missed, like, two shows in that entire 10 years. In fact, she had her own hot dog cart business outside the club with a framed picture of me. She was very proud of my accomplishments and was my best friend.

Can you describe the worst heckler you ever had and how you shut him/her down?
Oh, there are so many, I can’t even pick one. There are times where I do call them out, but rightfully so. If you are attending any kind of show, whether it’s on Broadway or a drag show at a bar, you are still being entertained and need to be a respectful audience member. If you don’t like it, then quietly leave, but if I am performing and I see someone distracted by something on their cellphone, I’m most likely going to call them out.

What was the funniest thing that ever happened to you on stage?
I don’t know if this is funny, but being tucked and taped and having the tape come undone while onstage is that highlight “Oh My God” moment of my career. It was a hot and humid summer during Pride season, and that humidity took over and there is nothing you can do or say or move to avoid it happening, So you just stay in one place and hope you get through your performance.

Who is your favorite entertainer and why?
I have a few, but Michael Jackson is the epitome of an entertainer. He had talent that was untouchable to anyone in the entertainment business and knew how to put on a show for any audience. He was surely ahead of his time and created so much of what we do today in the music and entertainment industry.

We hear the dress you perform “Champagne Taste” used to belong to Vegas drag legion Kenny Kerr. Is that true? If it is can you tell us the story of how you got it?
Although I became very close to Kenny while I was here in Las Vegas, the outfit you heard about actually belonged to Frank Marino, not Kenny Kerr. But Kenny was truly a legend and I miss him every day. He was quite a legend, not only in this town, but for the drag community. Quite the talent that man had.