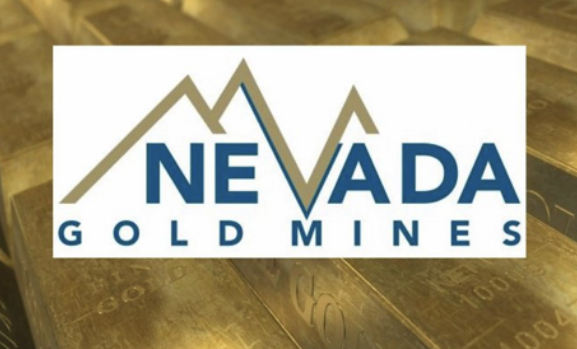 Newmont mines more gold than any corporation in the world, and Nevada accounts for about a fourth of it. But in Nevada, Newmont is the junior partner in the lucrative Nevada Gold Mines joint venture created in 2019 with long-time competitor Barrick Gold Corp.

Barrick mines more gold than any other corporation in the world except Newmont. A little more than a third of the gold Barrick mines worldwide is mined in Nevada.

Like Newmont, Barrick also announced its first quarter earnings this week. Profit was up 55 percent.

Barrick and Newmont stock prices have been soaring throughout the coronavirus crisis, and both companies are rewarding shareholders through dividends and stock buybacks.

The earnings reports released this week cover only January, February and March. The numbers for April, May and June should be even more splashy.
In fact, the numbers for both corporations are expected to be super splashy for quite some time.

For most of the last decade, the price of gold lingered in the neighborhood of $1,200 an ounce. In mid-February, the price topped $1,600. For the last month it’s been hovering around, and often above, $1,700.

Gold buyers are notoriously bullish about the price of gold, always sure it’s going to go up. There’s something almost religious about them. But even far more secular observers expect coronavirus-related spending by governments, combined with central banks printing money, is going to mean currency will be worth less and less. The world’s fortunate folks who still have money are flocking to the “safe haven,” gold.

A couple weeks ago Bank of America analysts, observing “you can’t print gold,” projected the metal will be trading at $3,000 an ounce by October 2021. Merrill Lynch analysts are similarly predicting $3,000 by 2022. There are scattered predictions of $5,000 or more. Those are outliers. But it’s hard to find anyone who follows gold prices who doesn’t think the price is going to continue rising for the rest of this year and at least through the next.

Barrick CEO Mark Bristow is confident things are going great for gold. In an interview with CNBC Wednesday, Bristow noted the last time gold prices surged, after the economic crash, some folks who get paid to watch the price of gold for a living were predicting the price would hit $2,000 or higher. It didn’t.

But Bristow suggested this time is different. The industry isn’t rich in developable reserves, and not prepared to supply enough gold to meet growing demand, so prices will stay high.

“By the way,” Bristow said, “people were talking about this before COVID-19 arrived on the scene. Everyone was worried about whether (the price) was closer to the top then” when prices, which had already been rising in part out of fears of a recession, were in the $1,400 to $1,500 range.

“What we got from COVID is a push over the edge,” Bristow said.

We need it. They’ve got it.

COVID gave Nevada a push over the edge, too. But not in a nice way.

A recent story in the Current reported the Clark County School district has a lot of ideas and options for how to restart school in the fall, but won’t have enough money to make any of them work.

Another story reported how people were deprived the $1,200 CARES Act payment if they filed taxes jointly and one of the taxpayers used an individual taxpayer identification number instead of Social Security number. Immigrant families want the state to step up and help since the CARES Act left them behind.

Stories like that — budget cuts threatening services provided by state and local governments, a growing demand for assistance to help people through the crisis and its aftermath — appear in some Nevada media outlet or other every day.

The governor has suggested cuts will be made prudently, and not across the board. But if you look at the numbers, well, across the board, they would translate to $258 million cut from health services, about $170 million from education programs, including $104 million from the main state account that funds schools, and $125 million from higher education. Plus another combined $130 million or so from smaller budget lines — everything from the beleaguered Department of Employment, Training and Rehabilitation to the DMV to the governor’s mansion.

Meanwhile, the state’s primary industry is a basket case. Casino-hotel executives can plot and plan and make comforting noises, but even under the most optimistic scenarios a return to anything approaching normal will be a long hard slog.

As workers and their employers throughout Nevada, in nearly every industry, struggle to get by, the last thing Nevada should be doing is emulating Herbert Hoover and cutting government spending when the economy has shrunk. That just takes more money out of the economy.

It also means less health care, worse education, and deterioration of whatever other public good/service might be dear to you personally.

The governor (whose office failed to respond to questions) should call a special session of the Nevada Legislature to raise taxes on mining.

Most of Nevada’s long-time critics of the mining industry (a group to which I proudly belong) have suggested until Nevada fixes its daffy mining tax by amending the state constitution, the most expeditious way to raise taxes on gold industry giants would be to remove many of their generous mining tax deductions currently on the books.

But that needn’t be the only way to get more money from what is now by far Nevada’s most profitable and thriving major industry. For example, the so-called commerce tax on business established under former Gov. Brian Sandoval already assigns industry-specific rates. Mining’s is particularly miniscule. We should jack it up.
Nevada needs money, and Nevada’s mining giants are making a lot of it, right here in Nevada.

The longer we do nothing, the more of that money will fly out of Nevada to enrich mining corporation shareholders around the world, instead of staying here to help Nevadans when Nevadans need help most.

Hugh Jackson
Editor of Nevada Current | Hugh Jackson has been writing about Nevada policy and politics for more than 20 years. He was editor of the Las Vegas Business Press, senior editor at the Las Vegas CityLife weekly newspaper, daily political commentator on the Las Vegas NBC affiliate, and wrote the then-groundbreaking Las Vegas Gleaner, which among other things was the only independent political blog from Nevada that was credentialed at the 2008 Democratic National Convention. He spent a few years as a senior energy and environmental policy analyst for Public Citizen, and has occasionally worked as a consultant on mining, taxation, education and other issues for Nevada labor and public interest organizations. His freelance work has been published in outlets ranging from the Guardian to Desert Companion to In These Times to the Oil & Gas Journal. For several years he also taught U.S. History courses at UNLV. Prior to moving to Las Vegas, he was a reporter and then assistant managing editor at the Casper Star-Tribune, Wyoming’s largest newspaper.

‘Thank you, health care hero! Now stay away’ : Discrimination against...