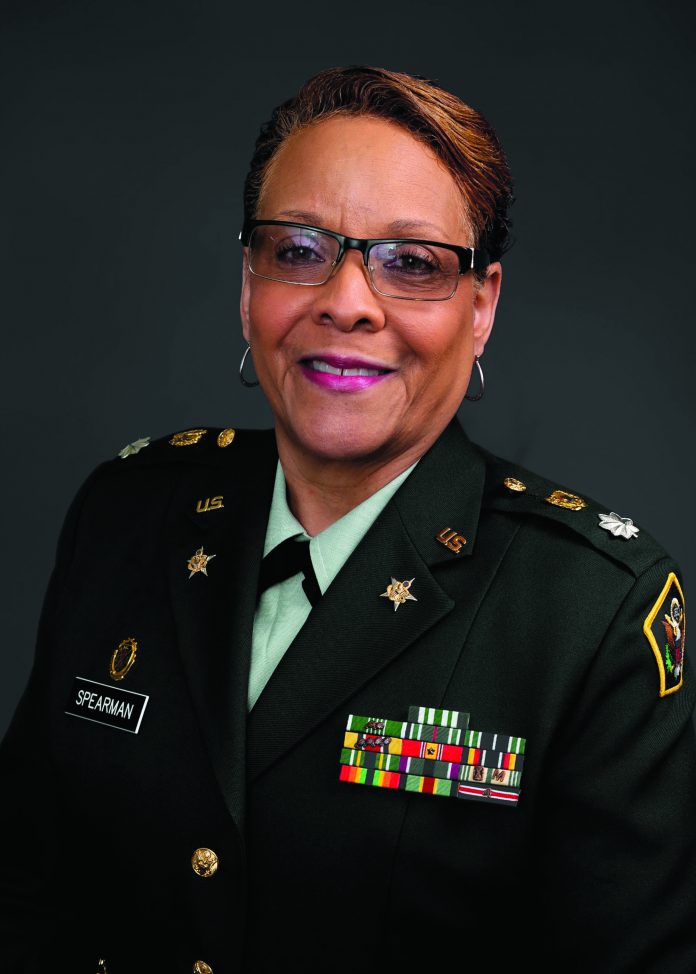 There are certain numbers that we always remember. We remember our birthday, parents’ birthdays and anniversaries just to name a few. I would like to give some more numbers to remember from now through  Nov. 3. These numbers are important because they will remind us what’s at stake in the next election.

The numbers to remember are:

► 26 – The number of transgender or gender non-conforming people murdered in 2019.

► 23,000 – The number of veterans without shelter on any given night in America.

As an African American woman and a PROUD member of the LGBTQ+ community, these numbers are a solemn reminder of the importance of this election. The stakes are high, and they couldn’t be clearer. We are living in a consequential moment in our nation’s history. Losing is not an option. WE MUST WIN! The numbers remind us that our lives and the lives of our loved ones are on the line. We must unify and elect Joe Biden as our next president.

These are some of the reasons we must win this election.  The next president faces a monumental task: healing and repairing the world after Trump and charting a new destiny for progressive American leadership. We need a leader who understands and respects our God-given rights and will advocate for full equality without limitations.

At a time when hate crimes are at an all-time high, the current administration has ignored attacks on members of our community. We face a global pandemic crisis that’s significantly impacting LGBTQ+ Americans of color and we need a unifying and experienced leader who can mobilize the world to address these defining global challenges of our time. That leader is Joe Biden.

Joe Biden has dedicated his career to advancing equality, justice and inclusion for LGBTQ+ people and built a record of unmatched, concrete progressive action, including eight years standing shoulder-to-shoulder with President Obama.

In the Obama-Biden Administration, alone, we passed the Matthew Shepherd and James L. Byrd Hate Crimes and Prevention Act, repealed Don’t Ask, Don’t Tell; launched the first comprehensive HIV/AIDS Strategy for the United States; and lifted the ban on transgender Americans’ right to serve in the military. And, of course, I can still remember the historic moment in 2012 when Vice President Biden spoke out in favor of marriage equality, becoming the highest-ranking American official to stand up for the right of LGBTQ+ people to marry.

Hate crimes are on the rise. Transgender service members can no longer serve and protect the country they love. LGBTQ+ people are being denied access to health care because of who they are or who they love. Homeless shelters could soon deny care for transgender people in need. And LGBTQ+ people still lack federal civil rights protection from discrimination.

We know the venomous hate and discrimination against LGBTQ+ people started long before Trump and Pence took office. Defeating them will not solve the problem, but it is an essential first step in order to resume our march toward equality. We need a leader like Joe to help us preserve the rights we have and move our nation to a place where full equality is available to everyone.

Joe not only understands what’s at stake, he also has a comprehensive plan to reverse the discriminatory actions of the Trump-Pence Administration and go further to end discrimination against LGBTQ+ individuals. He truly believes that everyone is entitled to be treated with dignity and respect and to live without fear, no matter who you are or who you love.

His commitment to our community is unshakeable and his resolve can be seen in his promise to enact the Equality Act as a top legislative priority. He also has committed to ending Trump’s transgender military ban and will make combating the epidemic of violence against transgender women of color a priority in his first 100 days.

Joe will provide the moral leadership to champion equal rights for all LGBTQ+ people, fight to ensure our laws and institutions protect and enforce their rights and advance LGBTQ+ equality globally. Remember these numbers —  26, 417, 4,571, 23,000, 28,759 – now, and when you vote in November. Joe is the best person to lead us out of our current quagmire of hate, discrimination and racism. This November, vote for Joe, because these numbers matter.

The Center reschedules its honorarium and announces new board members