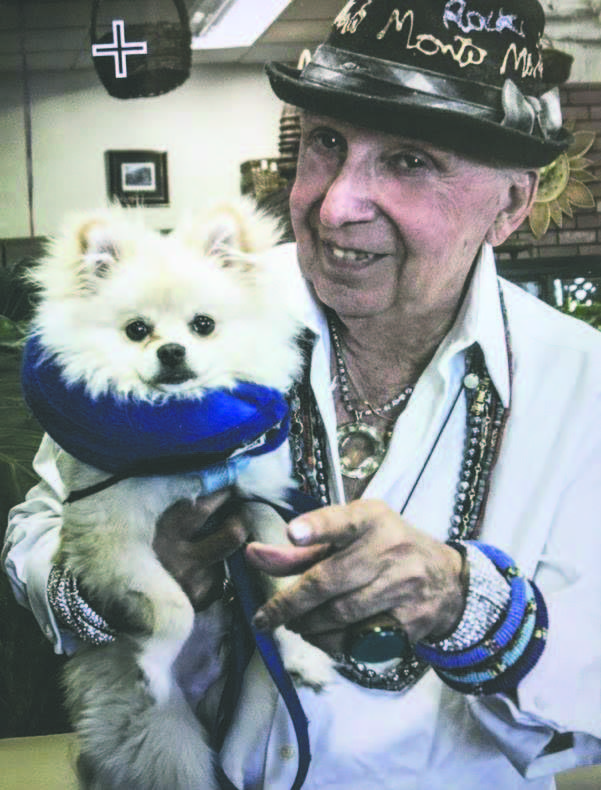 I initially wrote this for April, but as you likely noticed, the Spectrum couldn’t publish due to COVID-19. Not only did we lose our advertising base, but more importantly, our distribuiton, since most of the 115 locations this publication is distributed at, were closed.

The USPS comes through again, and we’re mailing out nearly 10,000 copies of this magazine. So if you’re a new reader, let me be the first to welcome you!

At this writing, the COVID-19 has brought showers of fear, panic, hoarding, pandemonium and general chaos!  We are amid a global pandemic, without a known antidote or vaccine. The global reach,  casualties and repercussions of this plague have entered our otherwise hopeful and normal lives.  Our borders have been closed to Americans wishing to travel. We cannot fly without fear.  Cruise ships are out of the question.

Celebrities, too, have been stricken by the virus. Tom Hanks and his wife Rita Wilson were among those self-quarantined in Australia while shooting a film called “Elvis.” Many crew members have been affected by its tentacles.

Here in Las Vegas it is as if a nuclear bomb has dropped!  The Strip is empty. The casinos and hotels are either closed or nearly deserted.

My friends have been very supportive to me during this time and I especially wish to thank my NY crew, John (SOHO JOHNNY) Pasquale and Michael Piehl. My local support group, including my BFF, Lu, have been assisting me.

I received a fabulous morale lifting phone call from my all-time friend, Tony Orlando. He discussed all the good things that are on the horizon for me.  He made me feel so important, so special, and it lifted me completely.  Sometimes, an unexpected call, just touching base, can be the reason that you are long-time friends and that you believe in the kindness and sincerity of those people. Tony spoke to me of so many acts that were on fire, and so hyped. Where are they now?

Tony, I want to thank you publicly for not only being a true friend, but one who has kept track of me over the many years of our bonding.

Tony and I spoke of Darren Romeo, the singing magician who was a protégé of Siegfried and Roy, and who performed as a headliner at the Mirage. He recently  finished a five-year, 1,200 show run in Pigeon Forge, Tennessee and guess what? He came out! Not only that, he confirmed he’s been in a long-term relationship.

In a recent BusinessWire article, Romeo is quoted saying, “People may be wondering, ‘Why this public revelation now?’ And my answer is this, ‘I’ve cherished my run here in Pigeon Forge, Tennessee. The community has shown me their love and support daily. But when a politician such as local (Tennessee) Commissioner Warren Hurst goes on a reprehensible, homophobic rant, stating, ‘We got a queer running for president, if that ain’t about as ugly as you can get.’ keeping silent for me is clearly no longer an option for me on both a personal and business level.”

That was more current last month, when Mayor Pete had just bowed out of the White House race. I hadn’t seen the news on Romeo in other media. Congratulations my darling Darren on the relationship and I respect you for coming out as you did.

Another call I received was from Lezlie Anders Greco, wife of the late piano player and singer, Buddy Greco.  Lezlie is living now in the mountains of Washington state and redoing and decorating her late mother’s home.  Many years ago, Lezlie wowed the audiences with Fever! the name of the show that was a tribute to the great lyricist and singer, Peggy Lee.

Locally, Mimi Hines and Michael Lopez have been dropping off cases of food to my home. They say that going shopping is risky for me right now.  I now have an overflowing pantry of healthy food.  Thank you, Mimi and Michael.

Many of you have been binge watching TV – thank the good Lord for the invention of television!  We can see as many shows as we wish and not have to worry about a wayward cough or sneeze or tainted surfaces.  Your home is truly your safest castle.  Always use soap and many rinses for everything that is in your house!

The opening of the much awaited James Bond film has been moved to November.  Many others are doing the same.  The sports world – without fans in the stadium, some teams, some individuals, some franchises have decided to air the sport w/o fans in the arenas.  Less chance of a widespread virus.

We are all waiting for May – for after April’s showers we are supposed to get May’s flowers. May they bloom without any delay!

I want to thank all my readers for their continual support and readership of the Rock Report in Spectrum.

Farewell for now — ZoZo, the celebrity dog and yours truly, Monti Rock III (AKA Mr. Magnificent!!!)

There is still time: Registration for Nevada Health Link during the...