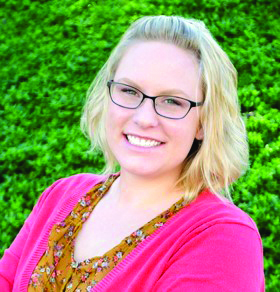 In case you didn’t know (or couldn’t guess), March is all about the ladies. March is home to International Women’s Day and Women’s History Month. To be honest, this is a concept about which I feel moderately conflicted. On one hand, I revel in any opportunity to celebrate women for the magnificent beings we are. But, the feminist in me is suspicious of a so-called celebration that is confined to a single day or month. Something about it just reads unauthentic.

A recent experience of a friend really started me thinking about the scarcity of authenticity and how for women, being our authentic selves can be a liability. My friend was at Disneyland with her family when she received a phone call from a recruiter. Afraid to miss the opportunity, she returned the call in a semi-private corner of the park.

When the call ended, she instantly began to second guess herself. Was that professional? What does it say about me if I am at Disneyland on a weekday? Should I have waited to return the call when I was at home? She kept chewing on it until eventually she took to social media to find reassurance from her circle.

For the most part, everyone agreed that it was a smart decision to take the call because it demonstrated her interest in the position and overall accessibility. My advice was to follow up with the caller and explain that she simply didn’t want to miss the opportunity but acknowledge that the conversation may have been less than ideal because of her surroundings. In other words. Keep. It. Real.

If the job is meant for her, I know she will get it. But it was striking to me that this strong, capable and intelligent woman was concerned enough about the situation that she sought encouragement via social media. And I couldn’t help but wonder if our world has become so hyper-focused on appearances (particularly for women) that we (women) have lost our instinct to lead with authenticity.

Did we lose that instinct out of necessity or self-preservation? Women certainly learn to continuously monitor their behavior, expressions and body language. The world demands it. Be capable not boastful. Be likeable but don’t flirt. Our value is determined by unwritten rules largely unseen but clearly understood. And, often beyond our ability to impact.

Yet, it’s interesting. When I think of the energy that draws me in, regardless of circumstance, it is an energy of realness. Not to be confused with an overabundance of confidence (which has quite the opposite effect), nothing turns me off quicker than someone who is quite clearly “all hat and no cattle.” I am consistently attracted to people who don’t hide themselves.

Easy for me to say, right? People have their reasons for hiding parts of their identity. It is not for me to say whether that is right or wrong. But I can say that in my experience, being true to oneself is always a good idea.

Sometimes, it’s something major like coming out to your family. Other times, it’s admitting that you really want a job. Or, you really like someone. Or, that you couldn’t be happier about the resurgence of fanny packs (I said what I said). The point is, it’s hard to go wrong keeping it real. The realness in you will appeal to the realness in others.

Joslyn Hatfield is a Las Vegas-based writer and activist.

As We See It: Thanks, Steve Sisolak; and remembering one of our own

As We See It: Our Views

As We See It: Why we are progressively pro-life

Make room at the holiday table

JOZ Of LIFE: What makes a family? Cheering your squad and...