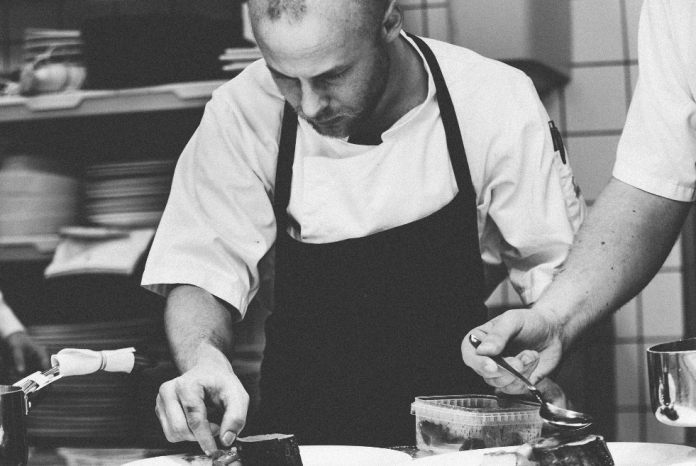 The culinary world is famously male dominated. Only less than 7 percent of head chefs and restaurant owners are women. Women face sexism and harassment in the kitchens, are paid less and have less opportunity for advancement.

What do chefs, restaurateurs, legislators, food activists and business leaders have to say about it?

UNLV is inviting the conversation on Feb. 18 with its public screening of Joanna James’ 2017 documentary, “A Fine Line,” which portrays struggles and successes women have within the industry.

The film will be followed by a panel discussion, which will include, among others, Elizabeth Blau of Blau + Associates. Following the panel, a culinary celebration led by Jolene Mannina of SecretBurger.Com will take place at Hospitality Hall where bites and cocktails were prepared by women chefs. That includes Lorena Garcia of Chica, Gina Marinelli of La Strega, Jennifer Murphy of Caesar’s Palace and Susan Feniger and Mary Sue Milliken of Border Grill.

This is the first screening of the highly acclaimed “A Fine Line” in Las Vegas. The film will have its national broadcast premiere on PBS March 2020.

“This film exists to bring down systematic barriers in the culinary industry while inspiring more women to get into leadership,” James, who directed, produced, and edited “A Fine Line,” said in a press statement. “It is a tremendous honor to have its message championed by so many prominent women, and men, in the Las Vegas restaurant community.

“Considering the influence Las Vegas has on the hospitality industry, it’s my hope that this screening will spark a local movement amplifying permanent change needed industry wide. This screening event has the potential to truly create a level playing field for all women to tap into their full potential.”

Tickets are $30 for UNLV students, $60 for general admission, and $100 for VIP. secretburger.com.

A free public town hall looking at cannabis and its role in traditional medicine will be held Feb. 4.

Its featured panelists are Brian Lawenda, M.D., a radiation oncologist, integrative oncologist and medical acupuncturist and medical director for the Northwest Cancer Clinic/21st Oncology in Kennewick Washington; Johnathan Rhodes, a health care with Fennemore Craig Attorneys; and Michael S. Laymon, PT, DSc., a chief research officer at College of Medicine, Touro University Nevada, who serves on the National Pain Advisory Board for Pfizer.

The town hall, presented by the city of Las Vegas, the Clark County Medical Society, the Las Vegas Medical District and Comagine Health, also serves as a Continuing Medical Education for physicians.

It can also be viewed online at KCLV.tv/live.

Cash prizes offered to businesses that recruit workers with disabilities

On the belief that businesses are “best suited to develop innovative solutions – that work for employers – for hiring and retaining workers with disabilities” the Administration for Community Living at U.S. Health & Human Services, is offering cash prizes to U.S. business to come up with solutions that can be shared with business throughout the country.

The cash prizes will serve as seed money. The grand prize is $100,000 and the deadline to submit a proposal is Feb. 14.

Early voting is Feb. 15-18 at numerous locations across Clark County, including The LGBTQ Center, which will host early voting on Saturday, Feb. 15 from 10 a.m. to 6 p.m. The Center is located at 401. S. Maryland Pkwy.

Additional caucus details can be found at NVDEMS/2020-caucus/

In other news, HRC is continuing it’s Third Thursday social mixers. At Spectrum press time, details for Feb. 21 had yet to be finalized.

The 16th Annual Dam Short Film Festival, held Feb. 13-16, at the historic 400-seat Boulder City Theatre in Boulder City, will screen 146 original and unique films from all over the world, including new programs to the lineup, such as Silver State Documentaries.

Film categories include drama, comedy, documentary, sci-fi, horror and animation. Tickets are $10, $100 for the four-day lineup.

The exploitation of Henrietta Lacks: abuse for the advancement of medicine