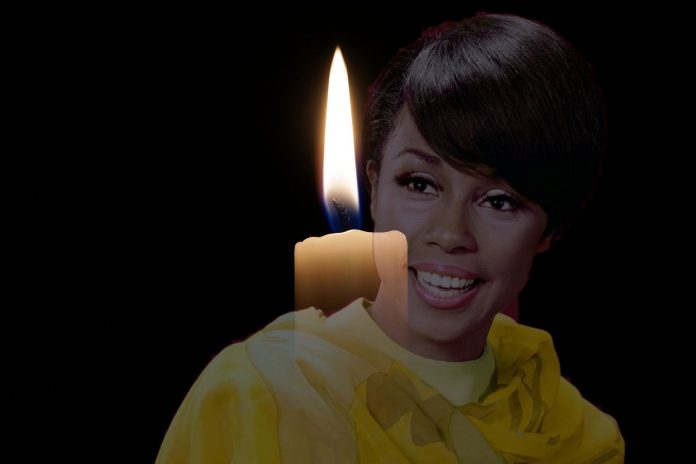 Halloween was here just yesterday – did you trick or treat? I hope all your treats were delicious! This year, I went as the Wicked Witch of the West and Zozo – put on a darker fur coat (given by pal, Lu) to be Toto. One of my friends was Dorothy, and we all had a yellow brick road of a time!

Speaking of Dorothy, I generally do not start my column with a film critique, but as it is in line with Judy Garland (who starred as Dorothy), I want each of my readers to get to the box office of your nearest theater that is showcasing the fabulous film, “Judy”, starring Rene Zellweger. This is her shot for the Oscar! It was incredible! I sat through it on two separate occasions and both times I was blown away by the new things I discovered in the film and feel that this is one of the greatest tribute films that does not gloss nor glamorize what can happen to a superb talent when the forces that be interrupt and destroy one’s life!

Can you believe it? It seems like yesterday was Turkey Day and now it is time for another Thanksgiving weekend holiday to be upon us again. What do you have to be thankful for? I know that I am thankful for having each of you as my readers!

The old saying that death comes inthree’s, came true again! A few weeks ago, one of my favorite friends in show business, the iconic Diahann Carroll passed away.

Diahann is the one who inspired my mode of dressing. She gave me tips over 60 years ago when she was a stellar Broadway star and I was the number one hairdresser in the world — Mr. Monti of Saks Fifth Avenue. Diahannn was not just a client, she was my mentor and dear, dear friend. I last saw her at the Suncoast several years back and she was an amazing beauty! Her unsurpassed vocal talents were as brilliant as day one. She was the greatest Norma Desmond of them all. She was the star who touched my shoulder like an angel and introduced me into the world of the great jazz player, Miles Davis and his wife, Frances. She gave me a new world of importance and a new level in the jet set. May my darling Diahann rest in peace and sing at those pearly gates!

What can I say about the late Rip Taylor? When he was good, he was very good, when he was bad, it was delicious! Our relationship goes back to when Rippy had the TV spin-off of the Gong Show, the $1.98 Beauty Show, at the same time that NBC was developing some shows for myself, but those did not quite make the cut. I always feel that if you have nothing really nice to say about a person then you should really zip your lip. Rest in Peace, Rip.

One of the big Latin stars, Jose Jose, also passed away last month, as well. There was a true Latino drama at his funeral. Two wives, three children, all fighting over this man’s money and possessions — but no one was really crying over the fact that he had died. Why? This man had a brilliant voice, was incomparable in the world of Latin music ballad singers and yet all the families wanted was to pick at his bones. Mexico honored him with a state funeral! May you rest in peace, Jose Jose.

Enough about who has died – let’s go to the happier notes of what is now and thriving in Las Vegas! Number one! The Monti Rock Cabaret opened two weeks ago on Maryland Parkway, Tiffany Square, inside The English Garden Florist. It was fabulous! The scent of the flowers that made the cabaret feel like aromatherapy was just a backdrop to the talent that was displayed that night. Unbeknownst to many, David, the owner of the English Garden, was in top form as a drummer, which was his previous career! He was sensational! I, of course, blew the roof off the house and wow! What a party it was at this cabaret! Even Zozo had a barking great time!

Another insider tip – my favorite new place to go at Happy Hour, or any hour, is the fabulous Dom De Marco’s restaurant with patio service as well (which is canine and pet friendly!). This place had its origins in Brooklyn and then expanded to Las Vegas. It can be found on West Charleston near Hualapai Way. Please, go there and you will know why it is such a draw for locals and former Presidents of the US! Delicioso!

Gossip – gossip – gossip – this week, Gloria and Emilio Estefan, were honored by the songwriters ASCAP, with the highest honor — The Gershwin Award. The stand-up performance of Patti LaBelle and Cyndi Lauper was incredible as a tribute to Gloria and Emilio. Now that Donny and Marie have closed after 11 years at the showroom in the Flamingo, Paula Abdul (like ab – dull) is in negotiations to return to that showroom at the Flamingo and also to return to American Idol on television. By the way, she looks amazing in her latest physical reincarnation – you must remember that she was the choreographer for many shows over the years. This return to AI is ‘rumor’.

For all my readers, I have been going out and I did see Legends in Concert a few times and was favorably impressed with the latest stroke of genius of having Frank Marino and it makes the show really work! The new showroom is fabulous and feels like old Vegas! The Tropicana keeps on going forward and does not stop improving.

Talking about downtown — I have been attempting to go to those first Friday events down in the Fremont District, but never seem to be able to find the events or to park close enough to get to them. Any advice, readers?

This entire month, I have been doing small luncheons which has added a big inch to my waistline! You all realize that this columnist is a drama queen but I just want to say, as was mentioned in my last column, regarding Mary Wilson taking my spot on Dancing With Stars. Unfortunately booted off even though my pal, Jay Garcia, gave her the best wigs and extensions for her hairdo! Sorry, Mary — I did want you to capture the glass slipper.

Sometimes, I do not say enough about Rob Schlegel, the publisher of this great magazine, Spectrum. He really understands our collaboration which is what is necessary between a columnist and the publisher. This is a special man who only wants what is the best to print and gives the writers the ability to voice their viewpoints unadulterated. Thank you, Rob!

Before I close, I want to highly recommend a cinematic tour de force – JOKER. Joaquin Phoenix as the highly disturbed individual who was abused as a child and was the caretaker of his monstrous mother, (I thought I was looking at myself at times) — and his talent was incredible! This, like Zellweger’s, Judy, both J’s, are absolute Academy Award winner performances. What I loved was that someone finally shot Robert De Niro on camera! What an imagination of the director and screenwriters to have this occur — as DeNiro was a combination of Johnny Carson and Merv Griffin, who was using Arthur Fleck (the Joker) as a ‘make fun of this man’ guest. Congratulations are due to Joaquin and his partner since 2016, Rooney Mara (incredible actress) as they just got married! Rice throwing is fun!

In closing, I hope your Thanksgiving feast, even if small, or spent helping others in a soup kitchen (which many of us do in today’s world) will reap a cornucopia of happiness and contentment for all of you, your extended families/friends and those who need you!

Happy Turkey. Next, the year will soon be at a closing!! Oh, my goodness, start thinking of your holiday wish lists. I can’t wait to publish mine!

Zozo sends his ruff-ruff’s and I send my love and blessings to you all!