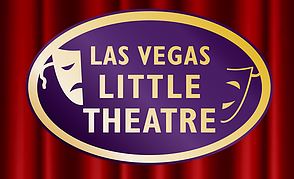 The American folk tale of parricide was well-served by a blaring female-fronted rock band led by Amanda Kraft as Lizzie Borden and the amazing Poor Richard’s Players ensemble, directed by Ben Loewy.

The formerly peripatetic Poor Richard’s Players has consistently produced some of the most outstanding community theater in Las Vegas, including “Red,” “Who’s Afraid of Virginia Wolf” and the musical version of “Young Frankenstein.” It recently closed Super Summer Theatre’s 2019 season with the sold-out farce, “Noises Off.”

Founded by Loewy, Maxim Lardent and Lysander Abadia in Loewy’s living room in 2011, the group’s dream was to open its own theater.

Its first production was the irreverent satire, “The Bible: The Complete Word (abridged)” at the Las Vegas Little Theatre’s Studio. This was followed by the hilarious spoof on old-time radio drama, the “Dick Johnson: Private Eye” series, first seen at LVLT’s Fringe Festival. The company had an award-winning association with the now, sadly closed Onyx Theater.

Loewy says the Poor Richard’s ensemble plays by its own rules in order to create a space in the Las Vegas theater community for important and challenging works.

Its new Playhouse, scheduled to open last March, was delayed when the company ran into licensing issues with the city at their location in the Arizona Charlie’s parking lot on Decatur Boulevard near Charleston Boulevard.

The versatile 5,000-square-foot space, which includes a theater workshop, costume shop and full stage, will have additional renovations made in December, then reopen in January for its first full season.

Loewy welcomes the Las Vegas theater community to the new space and looks forward to supporting new artists and locally grown companies, saying, “It is a beautiful thing to see local companies building each other up to create a critical mass of Theater.” His aim is go beyond the mainstream, break boundaries and introduce fresh ideas and new story lines, opening audiences up to new shows.

He says that Poor Richard’s Players look forward to hosting a series of staged readings of works by local playwrights at the Playhouse. Sean Critchfield of “Excalibur’s Tournament of Kings” will be presenting a workshop on fight choreography at the there, and “Absinthe” performers will be presenting a clown workshop.

Additionally, in collaboration with The LAB LV, Poor Richard’s Players will be producing the Las Vegas premier of award winning playwright Marco Ramirez’ “The Royale.”

Based on the real-life experiences of Jack Johnson, the play (Nov. 13-14), tells the story of the first African American heavyweight world champion, whose hardest punches came outside the ring.

Also, in November, “Shoelaces in Paris,” features 30 original plays written, performed and directed by the Poor Richard’s ensemble — in just 60 minutes. This late show will perform at 10:30 p.m. on Nov. 22 and 23.

The Playhouse is at 528 S. Decatur Blvd. Tickets are available for $35 and $30 at www.theplayhouselv.com with discounts for those who sign-up on the pre-sale members list.

Inspired by a true story, “Six Degrees of Separation” follows the trail of a young black con man, Paul, who insinuates himself into the lives of a wealthy New York couple, claiming he is the son of actor, Sidney Poitier.

After captivating the couple with his charm, he tears a swath of disillusionment through their preconceptions and comfortable lives.

It’s not too late to catch the Super Summer Studio Theatre in City Series opener. “Death is a Drag” from Dime A Dozen Productions plays nightly at 7 p.m., through Nov. 3, 4340 S. Valley View Blvd.

Sharon DeWealth is forgotten but not gone in this zany comedy of funerals featuring Las Vegas comedy legends Kellie Wright and Mickey Roark. Tickets are $20 at supersummertheatre.org or call 702-579-7529. Remember, don’t go to the Ranch, these off-season plays are here in Las Vegas.

The Nevada Conservatory Theatre (NCT) at UNLV continues their Black Box production of Annie Baker, “The Flick,” through Nov. 10.

The stunning new opera, “Fellow Travelers,” with music by Gregory Spears and libretto by Greg Pierce, will be presented at the Arizona Opera in Phoenix, Arizona, Nov. 8-10 and   Nov. 16 and 17 in Tucson, Arizona.

Based on the 2007 novel by Thomas Mallon, the opera tells the story of a forbidden affair between an ambitious college graduate and a handsome U.S. State Department official during the Lavender Scare of the 1950s, Grand Opera, $44 at www.azopera. org/single-tickets-sale.

Dreaming of a white Christmas?

Immersive opera with a secret location

You might still have time to be one of 100 lucky ticket holders to Vegas City Opera’s immersive opera experience, “Death and Decadence” Nov. 1 at a location unknown except to ticket holders. Come dressed to kill for this evening of decadent opera, drinks and dessert produced in collaboration with The LAB LV, vegascityopera.org.

Hope you don’t miss it!

Known as the “Muhammad Ali of Magic,” paranormal magician and master illusionist Shareef (who also holds a doctorate in psychology from the University of Arizona), performs his multitude of magical tricks with engaging humor and mysterious sleight of hand.

He has appeared on Penn and Teller’s “Fool Us”  and served as a creative consultant for magicians David Copperfield, David Blaine, Michael Carbonaro and Criss Angel.

Not too late to be spooked

Horrorwood Video is the last video store in Las Vegas — VHS only, of course! But when a vortex opens the night you visit, you will be trapped in the scariest horror film you’ve ever seen.

“HORRORWOOD VIDEO,” suggested for guests age 12 and older and Not recommended for those with limited mobility. Dark areas, strobe lights and fog effects. No refunds. Through Nov. 2, 1217 S. Main St., majesticrepertory.com.

The Rock Report: Remembering Diahann Carroll; Should you see Zellweger in...

JOZ Of LIFE: What makes a family? Cheering your squad and...