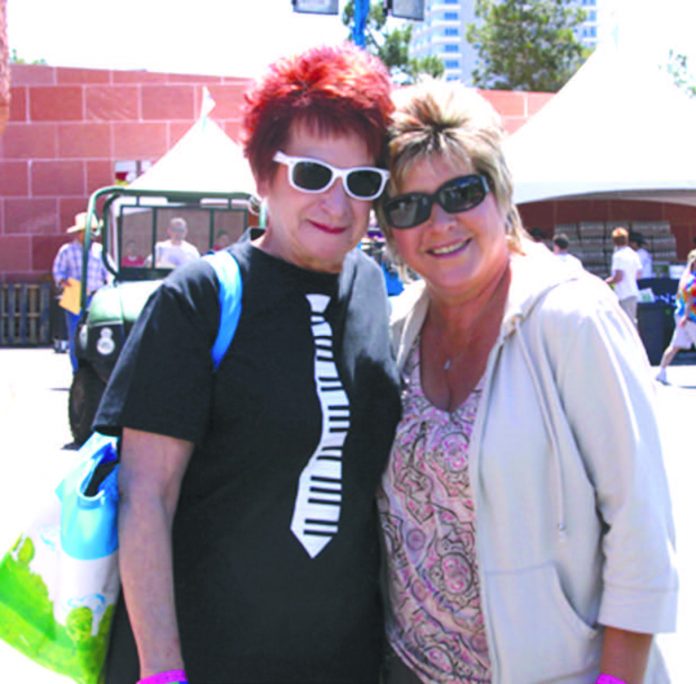 This year, several organizations are working together to bring an inclusive Pride experience throughout October.

Las Vegas PRIDE sets the tone for the monthlong celebrations with the famous party and festival. This year The Center has partnered with PRIDE to include a Trans Pride component to the festivities.

Celebrating its second year, Vegas Urban Pride will hold its major event later in the month.

The Vegas Women’s Fest and Lesbians Love Travel will hold events for women through Oct. 13.

Pride month may be celebrated nationally in June, but Vegas is just getting started. As temperatures cool down (one can hope), annual Pride festivities are set to kick-off locally in October, promising fresh new experiences. Here is a preview of things to come.

In previous years, the festival and parade have been geographically separated, resulting in a disconnected experience for some attendees. This year, the parade will end its route at the Downtown Las Vegas Events Center where the Pride Festival will be in full swing. This new approach (utilized by Pride celebrations in many larger markets) aims to carry the momentum from the parade into the festival.

“This allows for us to do a big Pride Parade Party — keeping our night parade format, and enhancing our festival in ways we simply have not been able to do in years past,” McGill said.

Festival-goers will enjoy a new line-up of local and national entertainers from a variety of genres.

“We are excited to have Manila Luzon, Cazwell and Bob The Drag Queen,” McGill said. “Music will be non-stop with D.J.s and bands including, Doll Face, Sonora Mary Mar, Empire Records and Keisza.” 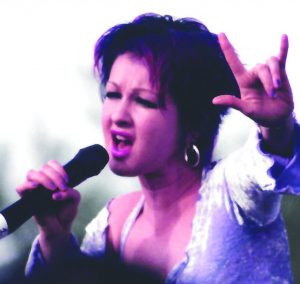 “Our entertainment team really committed to bringing L,G,B and T diverse-entertainment this year,” McGill said. “We also partnered with The Center and Vegas Urban PRIDE for a trans and non-binary celebration within the festival, and an Urban PRIDE night party!”

With an eye on expansion, McGill and his all-volunteer board of directors are looking to grow attendance numbers with the help of the Downtown Las Vegas Events Center. As the 50th anniversary of the Stonewall riots begins to draw to a close, the 2019 theme, “Honoring Our Past, Celebrating Our Future,” remains top of mind.

“It has been such an amazing year with so much deep and quality information coming out about our very important history — as an LGBTQ+ community. (It) began at Stonewall, and 50 years (later) has finally received the attention it always needed.

“But we (also) can see that the fight for equality is still far from over,” he said. “PRIDE itself is a part of the Stonewall movement, and we strive to advance LGBTQ+ equality every day. We will continue to remember and honor Stonewall.

The volunteer board of directors is composed of a diverse group of community members dedicating their time and talents to the annual celebration, as well as community-focused programming throughout the year. Programs such as PRIDE Pets, PRIDE Family & Charity Bingos and PRIDE Outside hikes offer a variety of opportunities for community connections. For more information, visit las vegas pride.org.

The second annual Vegas Urban Pride is set to take place Oct. 18-20, featuring five events over three days at locations across the city. A small army of around 50 volunteers are responsible for hosting an anticipated crowd of around 1,500. Not only that, but organizers have arranged to host the Urban Stage at the Las Vegas Pride Festival Oct. 12 (7 p.m.-close) and have successfully positioned the celebration as the Urban Destination Event for the LGBTQ community.

Organizers are quick to point out this party is for everyone. “If you are open-minded, love good music and have a positive attitude,” said Marketing Director Nicole

Williams, “then this party is for you.” Co-founder Johanna “King” Perez explained her vision for a truly inclusive event.

“The event is about celebrating diversity and building bridges,” she said. “It’s about embracing all of our allies, and erasing the lines we draw along sexual identity, race and ethnicity.”

Ten years in the making, Vegas Urban Pride is also about creating a platform to celebrate and showcase urban talent. Attendees can expect world-class talent, community engagement and sheer ambition to converge to create an event unlike any other.

The sky’s the limit for this young effort, and future plans include expansion into an even more robust event (think Urban EDC in multiple cities).

The second year will see the return of the Drop the Guns Pick-up a Ball Awareness Game slated for Oct. 20 from 1-6 p.m.

The 3-on-3 basketball tournament will feature food trucks, celebrity guests and family entertainment.

The event aims to raise awareness about the current epidemic of gun violence in local and national communities and provide a safe space for community building.

Participating children will receive a complimentary basketball (while supplies last).

A goal of 200 bicycles has been set for distribution to local children (inquiries regarding making donations should be sent to info@vegasurbanpride.com).

Why 550,000 Nevadans should be disappointed in Gov. Steve Sisolak