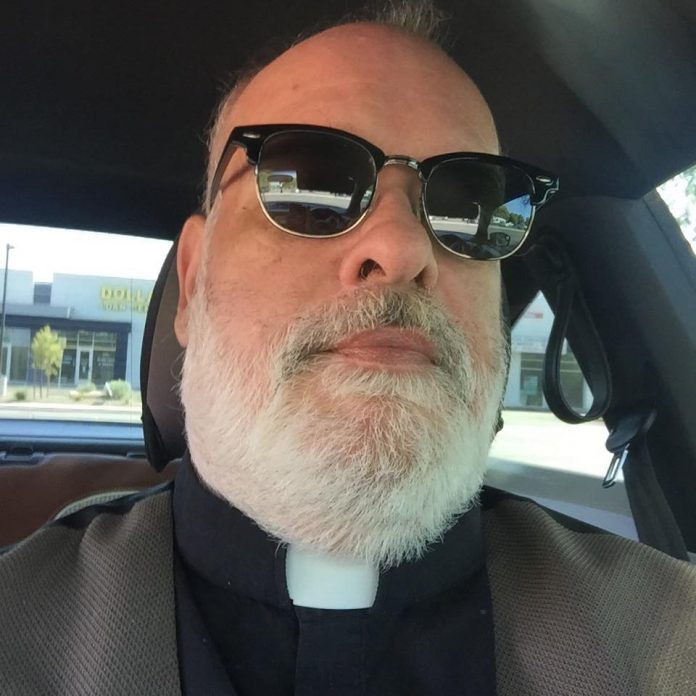 I just celebrated 23 years of ordination and it has been quite a ride. Our family started on the more Evangelical part of the Body of Christ. After a long windingå road through the major denominations I was ordained priest by the Roman Catholic Church. Starting in 2004 I began a lateral shift that brought me to the Episcopal Church. I am home!

Heavy-handedness prompted the move because I had questions about the possibility of women’s ordination, didn’t like the way issues about women’s health were discussed, and hated the way that homosexuals and pedophilia were lumped together as the same issue. It was a time of duck and cover instead of having authentic conversations about issues that truly mattered. When I went to talk to my bishop about the treatment of women and the LGBTQ community, his response was: “Recognizing your vow of obedience, you may not talk about any of these issues publicly or privately.” He sent me on my way. My hands were tied. I couldn’t help someone who stopped into the office. I couldn’t talk to my support group. I couldn’t talk to my mom!!! I couldn’t minister like that and I began a new journey.

The next three bishops I met blew my mind. Our past presiding bishop, Katharine Jefferts-Schori was the bishop of Nevada when I moved here. When we met, I took a moment to explain why I wanted to join the Episcopal Church and came out to her. She looked me straight in the eye and said, “These are issues we openly talk about and being gay is a non-issue.”

She moved to New York and we had an interim bishop.When I came out, he said: “On behalf of the church I want to apologize to you for what has been done and said about gay people. I cried.

I got to meet the new elected bishop of Nevada, Dan Edwards. His response was, “Thank God we have diversity in the diocese.” And I laughed! I have continued right along and continue to serve as a parish priest, all I have ever wanted to do.

Sometimes, journeys meander. But it doesn’t mean that we sit by the wayside. We are social creatures and ignoring our spirituality can leave a hole in our needs and experience.

We make community. I think that four words should be at the forefront of churches today. Invitation. Welcome. Reconciliation. Hospitality. It took years to find my niche, but I AM HOME.

The Rock Report: ‘The legend is now officially 80 years young’;...