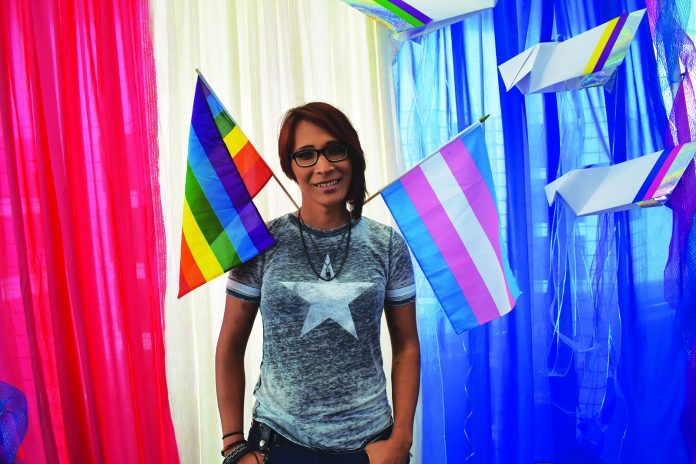 By RAY MACFARLANE
Program Manager at The Center

Across the country and in our state, policies and resources are in flux for transgender and gender diverse people: transgender military exclusions, new nonbinary gender markers available on IDs, insurance coverage for gender affirming medical services, school gender diversity policies and laws regarding access and discrimination. We are at a pivotal moment in which trans issues are at the forefront, and trans and gender diverse people are pushing into new boundaries of support and acceptance, while at the same time, being exposed to more backlash in response to their progress. Recognizing the importance of bolstering support for gender diversity, The Center is expanding services for people doing gender differently – the TQI part of LGBTQIA: Trans, Queer and Intersex people.

Recently, The Center worked with other organizations like Gender Justice Nevada, HRC and Las Vegas Trans Pride to host the Trans Day of Visibility at The Center, to celebrate and highlight individuals who have had the courage to take control of their bodies and gender projects. The event also signaled the kickoff of a slew of new programs that support gender diversity – the Center’s Identi-T programs. Many of the new programs give more focused support for different facets of the trans community and current developments are under way to build even more solid and substantial services to meet core needs of the community. 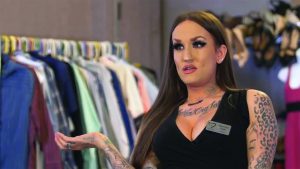 ● Through April and the beginning of May, a doctoral student intern from Touro University’s Occupational Therapy program developed and offered a six-week skills-building group tailored for transgender and gender diverse populations. Participants learned mindfulness and coping skills to practice during periods of stress, anxiety and sadness, including: belly breathing, relaxation breathing, reduce stress response, walking meditation and awareness of emotions process.

● Twice a month volunteers with legal aid backgrounds provide the Name & Gender Marker Change Workshops (first and third Tuesdays, 6 p.m.). People interested in filing name and/or gender marker changes with the court or get changes to social security cards, drivers’ licenses, birth certificates and other documentation can get step-by-step assistance with forms, instructions and fee waivers from legal aid volunteers at The Center With the new option available to choose X as a gender marker at the DMV and increasing numbers of people asking for help with name and gender marker changes, The Center is looking to expand the number of volunteers. 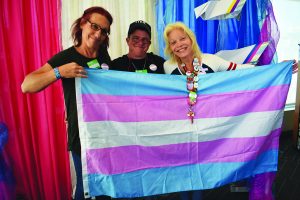 ● Trans Tuesday’s ACT III Senior Drop-in (10:30 a.m. – 2 p.m.) has been revived. The Aging Communities Together, or, ACT III Senior Drop-in hours provide a space where gender diverse people, 50 and older can plan their own activities. So far, since restarting in April, the group has had a day of decorating genderbread cookies and playing with puppies, a game day, a cooking class preparing beef stroganoff , photography 101, and a day of painting and cheese plates. Younger TQI people and allies are also welcome to join and support the seniors in their programs. 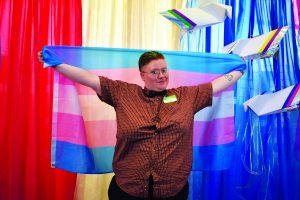 ● Out of the Gender Box (first Thursdays 5:30 – 7 p.m.) is an old group revived. Some people may identify with elements of both genders, neither gender, different genders in different times or contexts, or fi nd binary, masculine/ feminine categories of gender inadequate to their experiences. This group provides a space for people who are genderqueer, agender, genderfluid and otherwise nonbinary-identifying people to connect, share experiences, ask questions, find resources and build community.

● Body Projects (second Thursdays 5:30 – 7 p.m.) is a day in which The Center hosts events, activities and presentations that have to do with crafting our gender projects. For many people, exploring gender is an isolated experience. The Body Projects night looks to create community and communication around exploring hands-on gender expression on topics like hormones, top and bottom surgeries, voice coaching and other gender presentation tools.

● Coming in May, Rob Phoenix, APRN from the Huntridge Clinic will be presenting on hormones, binders and packers.

● Beau-T Day will be held May 18 from 1 – 4 p.m. It is open to the whole trans community, and to support youth attending the Queer Youth Prom.

● Guy Talk, the transmasculine group, and T-Femme, the transfeminine (both third Thursdays 5:30-7 p.m.) are peer-facilitated discussion groups where transmen and transwomen can relate to others with similar transitions and talk about issues specific to their experiences.

● Intersex Connect (fourth Thursdays 5:30 – 7 p.m.) provides safe, inclusive space for people of any gender identity or sexual orientation who were born with any variety of natural body variations in hormones, chromosomes or gonads that do not fall under institutionalized, binary definitions of male/ female-sexed bodies. 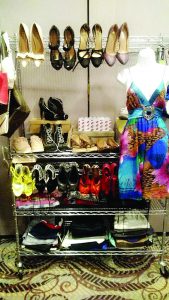 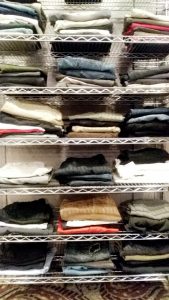 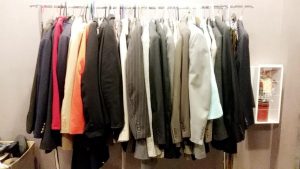 ● Switch Trans Clothing Swap (Thursdays and Fridays 3 – 5 p.m.) provides space for trans and gender diverse individuals to explore their authentic gender and access tools for self-expression. Gender diverse people can get free clothing, shoes and accessories that match their gender identity and donate what they no longer want. Switch expanded to include more donations of makeup for the Switch Cosmetics Closet. People can donate good quality, clean clothing, shoes, accessories, new packaged socks and underwear and cosmetics during regular Center hours. Ask at the front desk for information.

● The Gender Trans.lations group (Fridays 5:30-7 p.m.) celebrates and supports everyone exploring gender. It is the longest-standing gender diversity program at The Center, providing peer-facilitated support, community-building opportunities and connections to resources for transgender, genderqueer, genderfluid, agender, gender-nonconforming, intersex and other gender diverse people and their loved ones of all ages. In addition to new programming, the Identi-T program has recently updated and expanded their resource guide for the TQI community, and is available on The Center’s website under Trans Services as well as an Identi-T programs and events google calendar. Center staff are developing comprehensive trans employment and housing programs, trainings for medical providers and medical schools, increasing intersex services and working on fundraising and grants to support the programs. The Center is working to become a hub of resources and community for the gender diverse people of Las Vegas, and looks forward to building more connections, collaborations and partnerships to provide the best services possible.

Rosen presser: “Members of the LGBTQ community are still not fully...