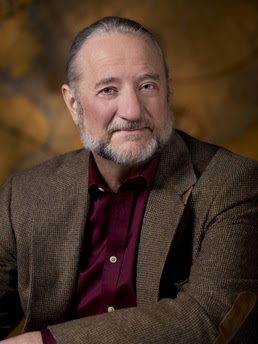 One strange and very sad absolute truth has come to the forefront of the thinking of many people. While CV19 is a serious matter, the response has been flawed. Flawed?  Truly, a misdirection and confusion at best.

According to the latest statistics available from the CDC, the total number of people that have expired from CV is approximately (based on my assumption of the reliability of the sources) is 184,000.

The economy and employment have been crushed, a year’s worth of schooling lost, travel curtailed, and more.  We all have personal stories of the impact on people and society.

While this ‘war’ has been engaged in theory for the protection of the citizenry, we somehow have missed a far greater threat and have done nothing about it.

Smoking related deaths, again according to the CDC claim about 480,000 annually.

Smoking claims two and a half times the number of people that CV has.  There is a forthcoming vaccine for CV.  The only sure of smoking related deaths is well known. An entire industry is devoted to smoking cessation. The dichotomy is as perverse as one can imagine. Smoking must remain in order for the anti-smoking industry to flourish.

The politicians that claim to have our interests at heart are being so thoroughly disingenuous in this matter that it is obscene.

At the bottom of this letter are slices from the CDC website showing the unfortunate disparity in mortality that smoking causes year after year, in stark contrast to the mortality of CV for which a cure will be found at some point.

Politicians have drawn the curtain across the facts that have been known for decades prior to the inception of the current CV ‘pandemic’.

Money talks in the realm of the political monster, and we as a nation have been misled repeatedly about the sincerity of those that jump in front of the camera and microphone to profess their false concern.

What greater falsehood can be told to us than this?

The smoke screen of ‘caring’ for all of us extends just as far as the cash contributions to campaigns allows. This is not a condition limited to just one side of the political aisle.

I fully understand and appreciate the complexities of the political system, trying to get elected and stay in office are extreme.

However, the disingenuous nature of feigning concern for CV19 on one hand and failing to remedy a known killer on the other does not speak well for the system or the participants in that system.

Deaths from the ‘human’ condition used to be from disease and malnutrition. The major life takers have all but been eradicated. As will CV19 and and all that follow. Yet political malfeasance and dishonesty by the greatest measures allow a wolf to roam among us.

I can sense the caterwauling tsunami building, “Smoking is a choice!!” “I have rights!” and indeed both of those claims are true. However, health insurance is prorated over the entire population of clients. I must pay for your choice. Not everyone has health insurance, so I must pay for increased costs so my health care providers can cover the deficits. If smokers were paying the true cost of their ‘choice’ that is hardly a salvation in terms of lost life, lost potential, and just plain custodial duties to clean up the mess.

But I digress to the obvious, the political machine on both side of the aisle see you as scant more than a minor statistic in their far grander game.

The Center reschedules its honorarium and announces new board members